Blog Tour and Giveaway: Tides of Duplicity by Robin Patchen 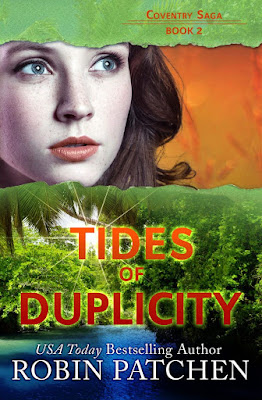 A jewelry heist, a kidnapping, and a choice. When Fitz’s sister disappears, he’ll do anything to get her back, even if it means betraying the woman he’s come to love.
Private investigator Fitz McCaffrey went to Belize on a case, bringing his teenage sister Shelby along with him. They have no good reason to leave the resort and hurry back to the harsh New England winter. They lost their parents, he lost his job as a cop, and they both need time to heal. Besides, when Fitz meets and spends time with the beautiful and charming Tabitha Eaton, he falls hard.
But minutes after Tabby’s flight leaves, Fitz is summoned by a mobster who believes Tabby broke into the hotel safe the night before and made off with half a million dollars’ worth of jewels—and he has the video evidence to prove it. As Shelby’s guardian, Fitz has to focus on caring for his sister, whether Tabby is innocent or guilty. He refuses to help the man—until he learns the mobster has taken his sister.
The clock is ticking as Fitz scrambles to recover the jewels. If he succeeds, it’ll cost the woman he’s come to care for. If he fails, it’ll cost his sister’s life. 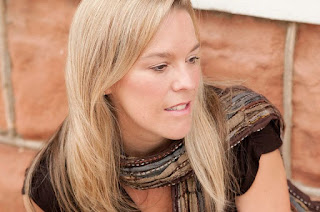 Aside from her family and her Savior, USA Today bestselling author Robin Patchen has two loves—writing and traveling. If she could combine them, she’d spend a lot of time sitting in front of her laptop at sidewalk cafes and ski lodges and beachside burger joints. She’d visit every place in the entire world—twice, if possible—and craft stories and tell people about her Savior. Alas, time is too short and money is too scarce for Robin to traipse all over the globe, even if her husband and kids wanted to go with her. So she stays in Texas, shares the Good News when she can, and writes to illustrate the unending grace of God through the power and magic of story.

Do you remember the show Party of Five? It ran for six seasons back in the 90s. I wasn’t a huge fan of the show itself, but I loved the premise: the oldest son of five children becomes the guardian for his younger siblings after their parents are killed in a car accident.

Talk about fodder for a great story.

When I was dreaming about Tides of Duplicity, I decided my hero, Fitz McCaffrey, had a similar story. In his case, his parents died when he was twenty-one, leaving him as the sole guardian of his eight-year-old sister, Shelby.

Do you remember being twenty-one? I do, and let me tell you, I wouldn’t have had the first idea how to raise an eight-year-old, especially one dealing with the trauma of losing her parents. Fitz didn’t know, either.

Sure, thanks to insurance, they had plenty of money to survive. He was able to finish college, go to the police academy, and get a job. But emotionally, Fitz didn’t know what he was doing. What he knew was that his sister needed him, and he loved her enough to figure it out.

Our story picks up eight years later when Fitz and Shelby go to Belize for vacation. Shelby meets a teenage boy who takes up all her time. Fitz doesn’t complain when he meets a beautiful woman named Tabby. They spend two weeks together, and by the time those weeks are up, Fitz has fallen hard.

Tabby was caught on tape stealing from the hotel safe.

The hotel safe held a half million dollars’ worth of jewels belonging to a mafia boss—who happens to be the father of Shelby’s new boyfriend.

And the mob boss wants Fitz to get his stuff back.

Shelby’s the only family Fitz has left. He loves her like a father loves a daughter, and he’ll do anything to get her back.

Even betray the woman he’s come to love.

I loved writing this story. I loved writing the conflict Fitz deals with—the desire to save Shelby vs. the desire to protect Tabby from a very dangerous man. I love seeing his newfound faith at work. Frankly, as the world dealt with all the drama of 2020, I loved writing about exotic locations that took me out of my normal life—a couple of resort towns, not to mention Tabby’s hometown, the little snow-covered village of Coventry, New Hampshire.

As the winter winds blow, I hope you’ll take this trip with Fitz and Tabby and Shelby. I think you’re going to love it.

Because I said so — and other adventures in Parenting, February 21

Through the Fire Blogs, February 26

For Him and My Family, March 1

Spoken from the Heart, March 1 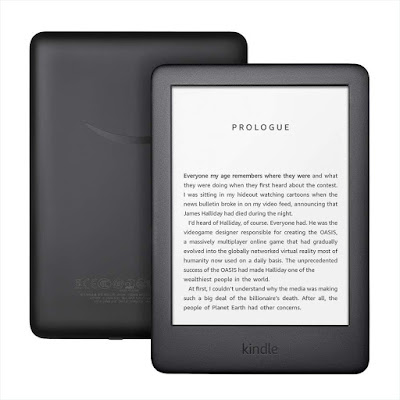 To celebrate her tour, Robin is giving away the grand prize of a Kindle Paperwhite!!

Tides of Duplicity is the second installment from the Coventry Saga. Since this is, also, the first book I have read by Robin Patchen, I believe it can be read as a stand alone. I thought it was a good read. I loved the beautiful setting. The plot has some mystery, suspense, adventure, action, danger and romance. It had me intrigued right from the start. It was slightly predictable but still worth reading and not to be missed. I like it.

Tides of Duplicity is getting four stars from me. I recommend for readers who enjoy reading clean romantic suspense. I will be looking forward to reading the first book from the Coventry Saga, Glimmer in the Darkness, as well as, eagerly waiting for the release of book three, Betrayal of Genius.

I received Tides of Duplicity from the publisher. This review is one hundred percent my own honest opinion.