Blog Tour and Giveaway: The Soldier's Return by Laura Libricz

The Soldier's Return by Laura Libricz

The year is 1626. A senseless war rips through parts of Germany. Ongoing animosity between the Catholics and the Protestants has turned into an excuse to destroy much of the landscape situated between France, Italy and Denmark. But religion only plays a minor role in this lucrative business of war. The young dutchman, Pieter van Diemen, returns to Amsterdam in chains after a period of imprisonment in the Spice Islands. He manages to escape but must leave Amsterdam in a hurry. Soldiers are in demand in Germany and he decides to travel with a regiment until he can desert. His hope of survival is to reach Sichardtshof, the farm in Franconia, Germany; the farm he left ten years ago. His desire to seek refuge with them lies in his fond memories of the maid Katarina and her master, the humanist patrician Herr Tucher. But ten years is a long time and the farm has changed. Franconia is not only torn by war but falling victim to a church-driven witch hunt. The Jesuit priest, Ralf, has his sights set on Sichardtshof as well. Ralf believes that ridding the area of evil will be his saving grace. Can Pieter, Katarina and Herr Tucher unite to fight against a senseless war out of control? ​ The Soldier’s Return is the second book in the Heaven’s Pond Trilogy. 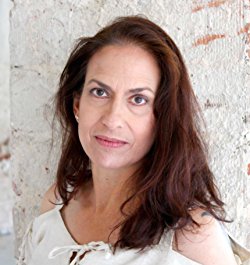 Laura Libricz was born and raised in Bethlehem PA and moved to Upstate New York when she was 22. After working a few years building Steinberger guitars, she received a scholarship to go to college. She tried to ‘do the right thing’ and study something useful, but spent all her time reading German literature. She earned a BA in German at The College of New Paltz, NY in 1991 and moved to Germany, where she resides today. When she isn’t writing she can be found sifting through city archives, picking through castle ruins or aiding the steady flood of musical instruments into the world market. Her first novel, The Master and the Maid, is the first book of the Heaven's Pond Trilogy. The Soldier’s Return and Ash and Rubble are the second and third books in the series. For more information, please visit Laura Libricz's website and blog. You can also connect with her on Facebook, Twitter, Google+, YouTube, Instagram, Pinterest, LinkedIn, and Goodreads.

During the Blog Tour we are giving away a set of The Master and the Maid and The Soldier's Return to one lucky winner! To enter, please enter via the Gleam form below. Giveaway Rules – Giveaway ends at 11:59pm EST on February 16th. You must be 18 or older to enter. – Giveaway is open to US & UK residents only. – Only one entry per household. – All giveaway entrants agree to be honest and not cheat the systems; any suspect of fraud is decided upon by blog/site owner and the sponsor, and entrants may be disqualified at our discretion. – Winner has 48 hours to claim prize or new winner is chosen. The Soldier's Return Blog Tour

The Soldier’s Return is the second installment from the intriguing The Heaven’s Pond Trilogy. I enjoyed this one as much as book one, The Master and the Maid. The author masterfully crafted a wonderfully written historical. I felt like I was right there living among the people experiencing the struggles and horrors of the time.

I am anxiously awaiting for the third book from The Heaven’s Pond Trilogy to release and find out where the author takes the reader next.

I highly recommend it.

I received this book from the author. This review is 100% my own honest opinion.
Posted by Amybooksy at 2:00 AM