Blurb Blitz With Giveaway: Jack Gregson and The Forgotten Portal by Peter Wilson 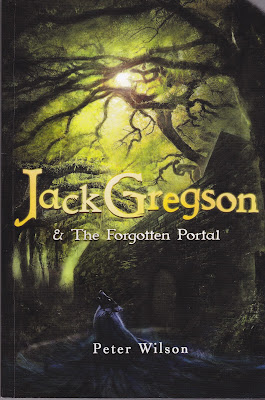 
Winner of the Bronze medal in the 2017 Moonbeam Children's Book Awards in the Pre-Teen Fiction-Mystery category.


Something has changed at Gregson Manor. An evil force from the family's past has returned to upheave their lives. Jack and his cousins explore the family secrets as they are pulled through a portal into a universe of endless worlds and possibilities. Together, they race to escape and destroy the evil Theorden and his followers who strive to unlock the power of the Forgotten Portal and wreak havoc on Gregson Manor and the World.

“Amazing! It makes sense then. If Theorden had that book in his possession, he could create hundreds of portals and attack Earth from multiple places at once. He could place those Horde stones all over the globe and overrun your world in a matter of weeks!”


“I don’t get why is he so interested in invading Earth.”


“Earth is quite unique, Jack. Because its portal has been kept a secret, it has allowed you humans to grow and thrive without the influences of magic and other civilizations. Unlike other worlds, you haven’t spread out across the Universe and there are now seven billion of you on the one planet. You don’t have magic, but you have weapons that can kill hundreds of thousands of people with the push of a button! If Theorden managed to take control of your people and technology, and combine it with his magic, he’d be unstoppable. He would control the Universe!”


Jack sat back in shock. Control the Universe? He couldn’t understand why someone would want that much power.


“Jack. If David and Rosie went back to the Manor, they should have taken the book with them. It isn’t safe carrying that around. Why did you three decide it should be brought here when you split up?”


Anthrow looked at him and then sighed. “You decided to come here alone, and didn’t tell them. Why?” 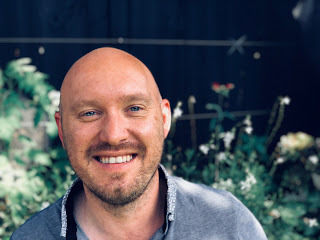 Peter Wilson has been writing for years. He started with short stories (many of them just 55 words long). The storylines and genres he chooses to write in are fantasy, horror & fast paced thrillers, as that is what he enjoys reading.


A number of years ago Peter sat down to write another short story, based on a prompt given in an online writing competition. As the word count rose, he realized that it wasn’t so short and it had turned into a novel: Jack Gregson & the Forgotten Portal, which recently won a Moonbeam award. He’s currently working on the sequel to the book, in what he plans to be a trilogy.


Peter lives in Sydney Australia. When he’s not writing, he works in the digital world, creating content for games, music and movie companies.

Peter Wilson will be awarding a $25 Amazon or Barnes and Noble GC to a randomly drawn winner via rafflecopter during the tour.