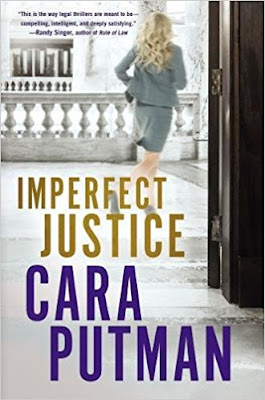 To the world it seems obvious: Kaylene Adams killed her daughter and then was shot by police. Attorney Emilie Wesley knows a different story: Kaylene would never hurt anyone and was looking for a way out of a controlling, abusive relationship. Her death shakes Emilie’s belief that she can make a difference for women in violent marriages. Self-doubt plagues her as she struggles to continue her work in the wake of the tragedy.


Reid Billings thought he knew his sister—right up until he learned how she died. He discovers a letter from Kaylene begging him to fight for custody of her daughters if anything should happen to her. No attorney in her right mind would support an uncle instead of the father in a custody case, but Kaylene’s letter claims Emilie Wesley will help him.
Thrown together in a race to save Kaylene’s surviving daughter, Emily and Reid pursue the constantly evasive truth. If they can hang on to hope together, can they save a young girl—and find a future for themselves in the process?

Imperfect Justice is the second installment from Cara Putman’s series, Hidden Justice. I enjoyed this suspense filled drama. I loved Emilie Wesley. She has such strength and determination to solve the mystery for her client. What a great heroine for this book! The plot is so believable and true to life. I felt like I was hanging onto my seat as the events unfolded.

I give Imperfect Justice 5 stars and look forward to the next book of the Hidden Justice series. Great book!

I received this book from the publisher but was not required to write a review. This review is 100% my own honest opinion.