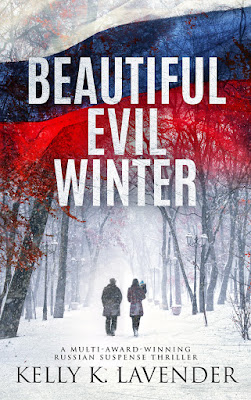 
After the USSR collapses, a time reminiscent of the unforgiving gun-slinging days of the frontier west, mild-mannered Ethan and fiery Sophia board a plane bound for Russia. They hope to prevail with their homespun plan to secure their son's safe passage to America. What can go wrong? Maybe, an innocent ill fated encounter with the Mafia or maybe, being marked as a target for mob revenge. Perhaps, having to rely on a first-time adoption coordinator to complete the process and shelter them from harm. Honestly, what won't go wrong?

Inspired by a true story, Beautiful Evil Winter triumphs as epic historical fiction about the human capacity for hope, the traumas that shape our lives and the hardships we'll endure for love.

I push the door open and inhale a shallow breath. The smell of pump soap greets me. All clear. I can breathe.


Ting, Ting. The strained voice of the stressed-out flight attendant echoes through the tiny bathroom cabin.


“Within the next twenty minutes, The Captain will be turning on the fasten seat belt sign. Until then, you can use your electronic devices. We apologize for the inconvenience”


Turning from the sink to the opposite side to grab paper towels, all 5’2” 115 pounds of me twists like a corkscrew to move around. A quick swipe of the towels, a glance at my nostrils, a push of the level, and I’m free to escape into the main cabin.


As I near my seat, I notice that “Mr. Too Brightly” is sitting next to Ethan.


Damn! I have to sit next to him! Looks like comatose Ethan has just re-positioned himself to face the aisle way. Why doesn’t this plane offer two across seating instead of three?


My steps slow, but I don’t want to wake Ethan up to swap seats since he’s so tired.


As I stand next to our row of seats, Mr. Brightly realizes with a dazzling repugnant smile that I’ll be seated next to him.


“Don’t tell me you’re with that guy,” he says, gesturing at Ethan. “He’s out cold.” Between the screaming baby and me trying to wedge past him, he hasn’t moved an inch.” He smirks, his smile now a beacon of light.


I grit my teeth and carefully squeeze by Ethan’s knees grabbing the headrest of the seat in front of me for support. Glancing back over my shoulder, I see him looking at Ethan.


I focus on the seat space next to him, zeroing-in on the instructions on the pocket pouch for my seat. Someone scribbled in red pen, HELL A MILE HIGH.


As I wiggle into my seat and grope for my seatbelt, he watches my every move.


“Lucky me!” he says as he cranes his neck over my armrest to glance down my V-neck shirt.


“The flight attendant let me change seats. Person next to me was sick. She coughed all over me,” he says, waving his hand in front of his face as if shooing flies.


A puff of whiskey more noxious than cigarette smoke wafts my way. My nose wrinkles in disgust.


“Now, honey, tell me all about you,” he says patting my white knuckles which grip the armrest. 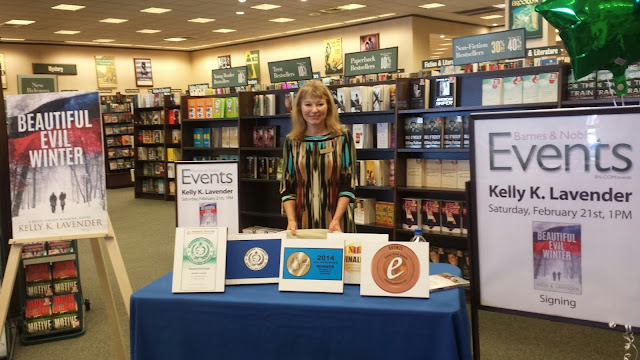 
Kelly’s fascination with fiction began in middle school when she entered a book-reading contest and won. As an ardent fan of the resonating narrative and the cliffhanger, she decided to dedicate herself to becoming a skilled writer. When college professors spotlighted her writing in the classroom, it anchored her interest in becoming a novelist.


After earning a business degree, she continued to pursue her education at UCLA, via the UCLA Writers' Extension Program, where her work earned praise from an Award-Winning Author. A rickety project trip to Russia, to adopt a baby boy, provided the inspiration for her debut novel, Beautiful Evil Winter.

Kelly K. Lavender will be awarding $25 Amazon or Barnes and Noble GC to a randomly drawn winner via rafflecopter during the tour.

Beautiful Evil Winter is a pretty good suspense filled novel set in Russia. Sophie and Ethan go on quite of an adventure that they did not expect. I thought those two were a great pair. There were a few twists and turns I did not see coming. There are a few things that will cause a reader to think about the situations.

I give this book 4 1/2 stars and would like to read more by this author in the future.

I received this book from the publisher. This review is 100 percent my own honest opinion.