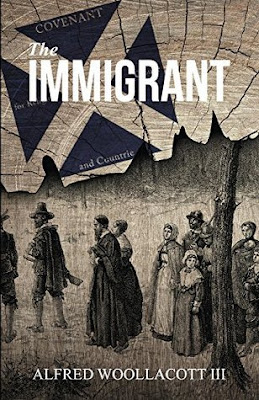 Paperback: 416 pages
Publication Date: January 1, 2015
A historical saga that covers a winter of 1650/1651 journey of John Law, a young Scotsman captured by the English Lord Cromwell’s forces in seventeenth century Scotland during “The Battle of Dunbar”. He survives a death march to Durham, England and is eventually sent to Massachusetts Bay Colony as an indentured servant, arriving aboard the ship “Unity” that was carrying around 150 prisoners of war from different Scottish clans. Now an outcast, and in the sanctuary of the new colony, John starts over as an immigrant in a Puritan theocracy. He is first indentured to the Saugus Iron Works and then to Concord as a public shepherd in West Concord (now Acton). The young man faces obstacles often beyond his control, and his only ally is his faith. After his indenture is served he struggles a near lifetime to obtain title to his promised land. From start to finish “The Immigrant” is an intoxicating journey that follows the travails of John, his faith in God, his good wife and growing family. 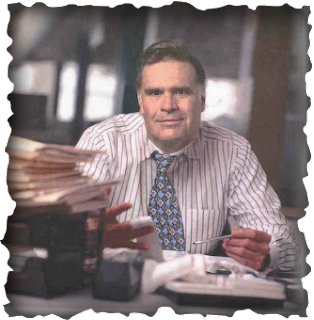 Alfred Woollacott, III retired from KPMG after a career spanning 34 years, choosing to reside full time at his summer residence on Martha’s Vineyard. Being “45 minutes from America” and with a 50 – 60 hour per week void to fill, he began dabbling into his family history. His dabbling grew into an obsession, and he published several genealogical summaries of his ancestors. But certain ones absorbed him such that he could not leave them. So he researched their lives and times further while evolving his writing skills from “just the facts ma’am” to a fascinating narrative style. Thus with imagination, anchored in fact and tempered with plausibility, a remote ancestor can achieve a robust life as envisioned by a writer with a few drops of his ancestor’s blood in his veins.
When not writing, Al serves on several Boards, and keeps physically active with golf, tennis, and hockey. He and his wife of 44 years, Jill, have four children and ten grandchildren.
Social Media Links:
Amazon
Website
Facebook
Twitter  @AlWoollacott
Tour Schedule: Blog Stops
April 16th
Book Review – Locks, Hooks and Book
April 17th
Book Review- before the second sleep
Book Excerpt – A Bookaholic Swede
Guest Post – A Literary Vacation
April 18th – Special Spotlight at Layered pages 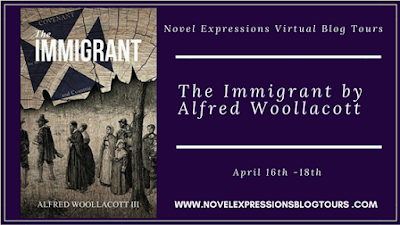 The Immigrant: One from My Four Legged Stool is a well written and great piece of historical fiction. I found it to be unique and refreshing that the characters of the book are those from the author’s own ancestors. As a family historian, I was fascinated by reading their story. I admire how much research the author did to bring his ancestors back to life. I give this tale a well deserved 5+ stars and look forward to the next work by Alfred Woollacott III.

I received this book from the author. This review was 100% my own honest opinion