This post is part of a virtual book tour organized by Goddess Fish Promotions. Yvonne Walus will be awarding a $20 Amazon or Barnes and Noble GC to a randomly drawn winner via rafflecopter during the tour. Click on the tour banner to see the other stops on the tour. 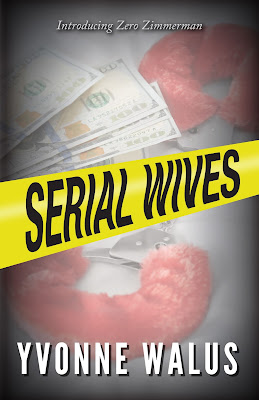 Why would a rich girl become a prostitute?
Three years ago Joy refused to sleep with an ex boyfriend. When he committed suicide, her guilt was enormous. To punish herself she opted to serve as a prostitute for three years.

How far would you go to protect your child?
Cora loves her convict husband despite - or because of - his bad boy ways. But now that he's back in her life, she has their daughter to consider. Is a faulty father better than no father at all?

A serial killer…
A serial killer who murders women and displays their bodies dressed in a white sheet with a fencing mask covering the face. Who will be next?

I know the handwriting.

I throw the envelope into the dustbin. Unopened.

I go out to buy a fresh bread roll and eat it on the spot even though the chill in the weather does nothing to encourage lingering in the street. The air smells like rain and cocoa.

All around me are couples: at the other three black metal-lacework tables inside the coffee shop, outside on the footpath walking hand in hand, or arm around waist, or palm of the hand on the back of the neck.

I spy on them all, attempt to sniff out their recipe for a happy life. I look at the young mothers with milk bottles and prams, and I wonder why life is so bloody hard for me, why everybody but me knows the answers to life’s choices, the secret key to bliss.

The girl in a plum office skirt leaving a coffee shop next door with a polystyrene cup of espresso, for example, she looks like she has it all: a wedding band on her finger, a high-power job, a smile on her face. It’s not that I want a husband or an office job—either would stifle me in a week. But the plum skirt girl radiates inner happiness, so I go into the coffee shop and order a cup of whatever she’s just had.

And when I emerge through the glass door, polystyrene container in hand, nothing’s changed. I’m just a woman with a plastic cup of coffee in my hand.

The irony being, I don’t even drink coffee. 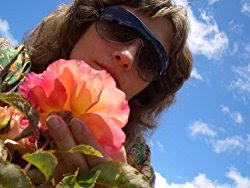 You won't believe this, but when I'm not a novelist I'm actually a Doctor of Mathematics. A business and data analyst. A wife and a mother. Most of all though - I am a writer (in several languages) hoping to change the world one book at a time.

My heritage is inter-continental. I was born and raised in Poland. When I was twelve, my family and I emigrated to South Africa. Your teenage years are usually your formative years, so it’s no surprise I consider South Africa my second homeland. For the past twenty years, I’ve lived in New Zealand, and people ‘back home’ tell me I’ve become a real Kiwi.

Crime fiction is my passion. My childhood hero was, predictably, Hercule Poirot. I've changed my mind several times since, and for a time I was totally into Harlan Coben's super-rich super-able Win (Windsor Horne Lockwood), but my current favourite is Benedict Timothy Carlton Cumberbatch… I mean, Sherlock Holmes.

Here’s a link to the promo video for my latest book: http://stairwaypress.com/book/serialwives/.