Release Blitz and Giveaway: The Soldier's Homecoming by Patricia Potter 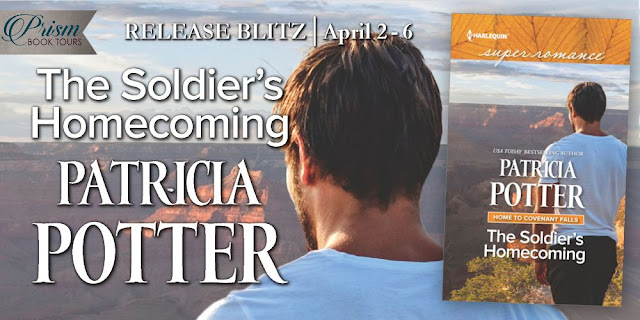 
Release Blitz for
The Soldier's Homecoming
By Patricia Potter 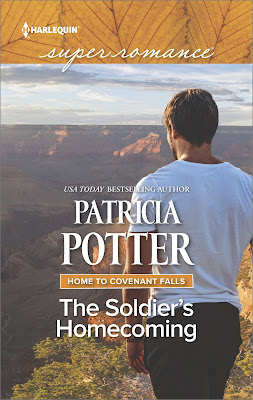 Travis led the way around a stand of trees, and suddenly they faced the falls. Water tumbled over a high cliff to the rocks below. A rainbow arched above it. A cool breeze carried spray to where they stood, sprinkling them. A look of pure enchantment crossed her face, turning it from attractive into beautiful. He had the damndest urge to take Jenny in his arms and hold her against him.

If it had been just a physical reaction, he could step away. Her delight, though, made him smile inside – and he hadn’t done that in a long time. He started to reach for her, to touch her. Snap out of it. Keep it strictly business.

Travis stepped back. Away from temptation.

“It’s beautiful,” Jenny said, licking at the moisture around her lips with her tongue. It was a natural enough reaction and sensuous without intent. He was suddenly warmer. He wanted to put his arms around her and share that sense of awe.

Bad idea. He wasn’t ready for another relationship, even a short one, and suspected she wasn’t ready for one, either. She’d been injured and was using this time to heal. He’d met many military correspondents during his years overseas, and most were as addicted to the adrenaline as soldiers were. She would be gone in a few days, and after he completed a short project for a friend, he would, too. 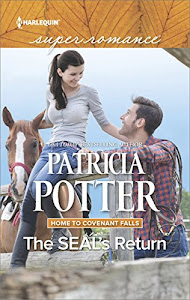 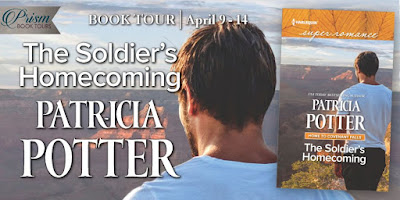 Come back for the upcoming tour, launching next week here! 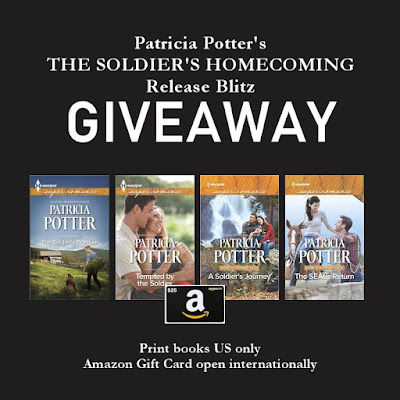