Blurb Blitz with Giveaway: The Last Prejudice by Bill Blodgett

This post is part of a virtual book tour organized by Goddess Fish Promotions. Bill will be awarding a digital copy of Unrequited to 5 randomly drawn winners via rafflecopter during the tour. Click on the tour banner to see the other stops on the tour. 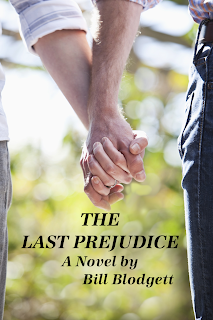 When Ed Connor slips into a coma his wife, children and their families arrive at the hospital to await his recovery. They gather around his bedside and begin reminiscing about the good old days but as the hours pass stress begins to take its toll causing long held family secrets and unresolved issues to surface. A disagreement over a DNR order put Ed’s sons, Steve and Peter, at odds and the family speculates that their anger is really about an event that led to their falling out when they were teens. While in his coma, Ed exists somewhere between life and death and wonders what he could have done differently when Steve tried to tell him that he was gay. The family is drawn into the bitter battle between Peter and Steve, and they fear things will never be right between them again. It’s now up to the family to devise an intervention as a last ditch effort to bring these two battling brothers back into the family.

Wish I believed in God. Maybe it’d make these times easier. But even with a belief in God, so many of the religious and nonreligious people call us a blight. I thought having religion would make people more tolerant, not less. I thought God loved all of his children. So many people see us as a scourge against the very existence of man. People talk about us like we’re not people at all but a disease. Speak of us like we don’t have feelings. As if we are a bad sack of flour on the shelf that needs to be thrown away, discarded, destroyed, so the others around it won’t become contaminated. It’s almost laughable. If we, the gay community, were able to contaminate the rest of the world just by association, then wouldn’t the opposite be true? Wouldn’t their heterosexuality, according to their own thought process, “cure” us?

Shakespeare seemed to be fighting a similar battle four hundred years ago. Was that the first prejudice? Wasn’t he musing about the same bigoted hatreds then that are being delivered upon us now? Aren’t we in the same place as they were then? Was Shakespeare centuries ahead of his time when he wrote, “Are we not… fed with the same food, hurt with the same weapons, subject to the same diseases, healed by the same means, warmed and cooled by the same winter and summer…? If you prick us, do we not bleed? if you tickle us, do we not laugh? if you poison us, do we not die?”

Steve mulled the words he had learned so long ago in a high school English class, until finally he murmured them aloud in an almost inaudible whisper: “‘If you prick us, do we not bleed?’ Oh God, I’m tired of this fight, of bleeding. Tired of having to justifying my very existence. Why must I carry it out in my own home, with my own family?” 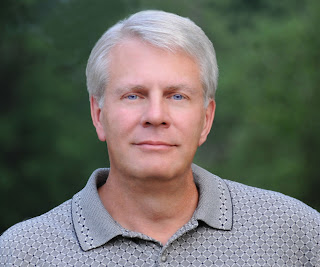 Bill still lives in the community where he met and married his lovely wife, Janice. Actually, she lived around the corner from him and they both ignored each other until their teen years when the hormone thing kicked in and they suddenly realized that the cute little girl skipping rope and that goofy boy riding a bike had both grown up.

They are the proud parents of April and Lindsay; both of whom are now married. April married Darren and they have two beautiful boys, Brian and Owen. Lindsay married Tim and they have a beautiful little girl, Kailyn.

They say to write from what you know, so he does. He writes of love, life and relationships.