This post is part of a virtual book tour organized by Goddess Fish Pomotions. Jennifer Anne Gordon will be awarding a $15 Amazon or Barnes and Noble GC to a randomly drawn winner via rafflecopter during the tour. Click on the tour banner to see the other stops on the tour. 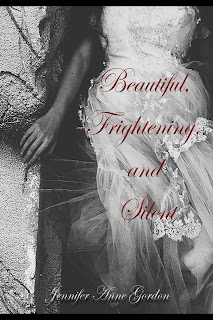 Adam, a young alcoholic, slowly descends into madness while dealing with the psychological scars of childhood trauma which are reawakened when his son and wife die in a car accident that he feels he is responsible for. After a failed suicide attempt, and more group meetings that he can mention. Adam hears a rumor of a Haunted Island off the Coast of Maine, where “if someone wants it bad enough” they could be reunited with a lost loved one. In his desperate attempt to connect with the ghost of his four-and-a half year old son, he decides to go there, to Dagger Island, desperate to apologize to, or be condemned by, his young son. Adam is not sure what he deserves or even which of these he wants more. While staying in a crumbling old boarding house, he becomes involved with a beautiful and manipulative ghost who has spent 60 years tormenting the now elderly man who was her lover, and ultimately her murderer. The three of them create a “Menage-a-Guilt" as they all come to terms with what it is that ties them so emotionally to their memories and their very “existence”.Beautiful, Frightening, and Silent is a poetic fever dream of grief, love, and the terrifying ways that obsession can change who we are.

Though it is only the latter half of the middle of November, the sun sets early on this day. The storm rolls in, like soldiers in a battle, they fill this melancholy sky with letters to loved ones that will never be sent. This battle is one that is doomed on all sides. Could there possibly be any survivors, from a battle so hard fought? Anthony knows better than to fight it, he gives in, and he lets the dark come. The clouds grow heavy with guilt, broken promises, and half remembered dreams. It washes over this part of the island, blanketing it in a thick fog. He looks outside and realizes that if fear had a singular look, it would look like this sky, during these last ebbing days of his life. It is the manic gray light of a New England sky as it finally gives itself in to darkness.

If there really are things in this house, his house, things that are dead, that walk alone in the dark, he can't feel them now. They too must have to eventually sleep. They are hunkered down waiting for the storm as it makes its slow crawl out from under the bed anxious to reach its hands up and touch your bare skin as you drift off to sleep.

The surrounding air has a hollowness.

The surrounding air has a holiness.

The wind outside makes a sound like ice singing on a frozen pond, as the first frozen crystal shards begin to fall from the sky. The pitter-patter against the house sounds like a child running wild after too much sugar. He wonders where the dead ones go when they suddenly grow quiet. He finds their absence unsettling. He scans the floor for small saltwater puddles. He reaches through the air for the cobwebs made of long sinewy red hair. He strains his ears for the incessant whispering in his mother's room, and now he waits to hear a toy fire truck making its rounds through the upstairs bedrooms.

There is nothing, only the heaviness of silence, as he sits quietly. He strains his ears to hear what is happening underneath the sounds of wind and ice. He wonders if things are waking up underneath the stained sheets in the room that was once his mother's. 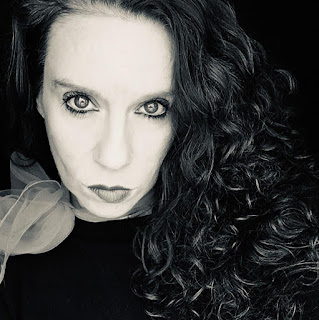 Jennifer Anne Gordon is a gothic horror novelist. Her debut novel, Beautiful, Frightening, and Silent broke presale records with her publisher (Breaking Rules Publishing) and has received critical acclaim. Her second novel, From Daylight to Madness, is set to be released in late summer 2020 and is the second in her "Dagger Island" series.

She had a collection of her mixed media artwork published during spring of 2020, entitled Victoriana: mixed media art of Jennifer Gordon Jennifer is one of the hosts of Writer Someday, to Author Today, as well as Prose Garden, she is also a book reviewer and contributor to HorrorTree.com, as well as the Creator and Host of Vox Vomitus, a video and podcast on the Global Authors on the Air Network.

She graduated from the New Hampshire Institute of Art, where she studied Acting. She also studied at the University of New Hampshire with a concentration in Art History and English.

She has made her living as an actress, a magician's assistant, a "gallerina", a painter, and burlesque performer. For the past 10 years as an award-winning professional ballroom dancer, performer, instructor, and choreographer.

When not scribbling away (ok, typing frantically) she enjoys traveling with her fiancé and dance partner Roman Sirotin, teaching her dog ridiculous tricks (like 'give me a kiss' and 'what hand is the treat in?') as well as taking photos of abandoned buildings and haunted locations.

She is a leo, so at the end of the day she really just thinks about her hair.
Her novel as well as her art collection are available on Amazon.
For more information and benevolent stalking, please visit her website.