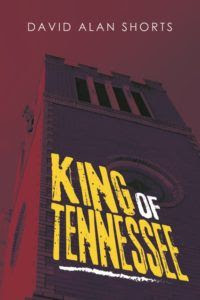 It was an ordinary day in Tabersville, Tennessee, until nearly everyone in town disappeared. Middle-school trouble maker, Stewart Rainquest, soon turns this nightmare into a dream come true as he sets about living like a king in his small southern town.  Things take a turn for the worse as members of the biker gang Stewart idolizes commit murder before his eyes. While doing his best to keep his distance from the killers, Stewart learns how to drive a car and meets Gina, a high school student battling cancer. Their friendship leads them through wild adventures, but only time will tell if Stewart will learn the truth about what happened to everyone in his town. 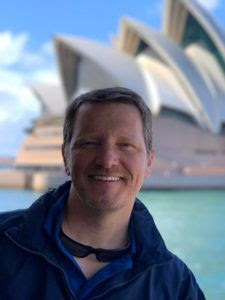 David Alan Shorts has a passion to teach kids things which matter for a lifetime, rather than just the next test or Sunday School lesson. He has written many books, short stories, and magazine articles, along with musicals, plays, and songs. His three children keep him busy and constantly evaluating life through the eyes of youth. He has taught music to thousands of kids in Northern California for more than twenty years. When he’s not doing what matters most, he enjoys flying model airplanes and working out.

My son and I had just finished watching a Mad Max movie when a conversation began about post-apocalyptic movies and what the Bible has to say. The Apocalypse is real and is described in some detail in the Bible. So, why aren’t all apocalyptic stories told from a Christian world view? That was when I began creating King of Tennessee as an attempt to give depth in today’s contemporary post-apocalyptic stories. It combines action and adventure while still keeping the life-changing message of God’s salvation in the novel.

I would like this to be the book the makes “apocalyptic” a Christian word again. This can be the book that gives some kids a second thought about God, when they might have dismissed Him as meaningless otherwise.

For the Love of Literature, September 28

For Him and My Family, September 29

Through the fire blogs, October 2

Because I said so — and other adventures in Parenting, October 9 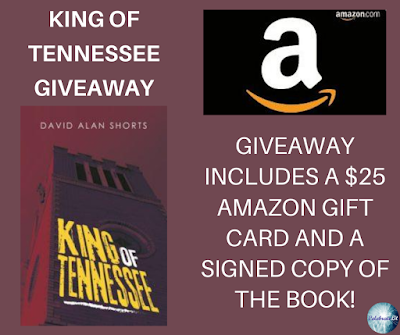 To celebrate his tour, David is giving away the grand prize package of a $25 Amazon gift card and signed copy of the book!!

King of Tennessee is a good young adult debut for David Alan Shorts. I thought this story was uniquely written that was refreshing to read a different writing style. I enjoyed getting to know Stewart. He is on quite the adventure that kept me engaged and often wondering where he was going to end up next. There is action and mystery that kept want to keep reading, as well. It is a quick read and I liked how it was not one that could be easily predicted.

King of Tennessee will be getting four and a half stars from me. I would love to read more by David Alan Shorts in the future and see where else his imagination will take his young readers. I would recommend this one for readers who are fourteen to eighteen years old age range.

I received King of Tennessee from the publisher. This review is one hundred percent my own honest opinion.