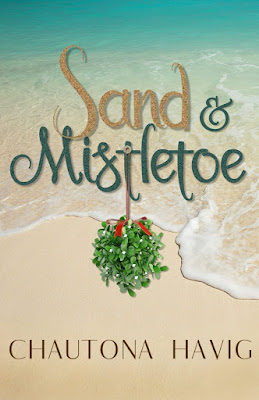 What’s Christmas without family drama, an accident, and mistletoe?

If you ask Portia Spears, it’s a horror movie—especially since she’s never the one caught under that mistletoe. And who thought it was a good idea to spend the last Christmas as a family unit away from their family home?

Her bossy older sisters, that’s who.

Christmas at his parents’ house with his son—just the way Reese Whitaker likes it. But a chance encounter on the beach might just change everything. How often do you meet someone who loves kids and knows American Sign Language?

Not often. Trust him.

However, with just two weeks to get to know each other and two families that couldn’t be more different vying for their time, will they even have a chance to test out that mistletoe they found?

Find out today in Sand & Mistletoe. 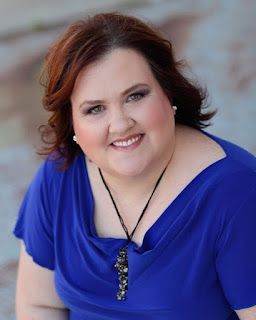 What Happens When an Author Rewrites History

To be fair, almost none of us wanted to be there.

And really, that wasn’t fair. Two of our daughters planned as a “destination Christmas” bash for the whole family—just a nice getaway in San Diego for the “last” Christmas we’d probably all be in the same place on the same days.  The kids were getting older, getting married, and even moving out of state. It was a beautiful thing for them to try to do for us.

But Havigs are homebodies who like their traditions, and most of us left in Ridgecrest weren’t too thrilled being “dragged” four hours south to celebrate Christmas in a beautiful house on a cliff overlooking the San Diego countryside.  It had everything, game room, lots of space, yards, hiking trails, an infinity pool, a hot tub…

Yeah. That hot tub kicked off the weekend with a splash all right.  With no lighting around it, and no railing either, my husband stepped out of it and right off the ledge—down a hill (at least fifteen feet), bouncing off boulders and thankfully, stopped by a fence. Otherwise, he’d have rolled for a LONG way.

Get this.  He broke nothing.  Don’t even ask me how (because we all know Who took care of that, right?).

Still, I spent my Christmas Eve sitting in an ER waiting for someone to tell us the damage (superficial scrapes and deep bruising). The whole time I thought, “This has got to be a book.”

Two years later, it was.

I say this at the end of the book, but I need to say it again.

People who know our family will recognize some of my kids (I left four of them out of the story).  They will also say, “Wait, she’s not like that!”

And that’s the point.  I put just enough of real people in it to really capture the feel of the personalities, meshed some quirks (including the ones that got left out), and then set them in a stressful situation and really way over-exaggerated actual responses.  I want to say this here again.  None of us acted just like I portrayed us in Sand & Mistletoe (although, frankly, I wouldn’t have blamed a couple of them if they’d wanted to). Unlike A Bird Died, I didn’t even try to stick to facts.

Instead of San Diego hill country, I put us at my favorite beach—Ventura. I stuck our rented beach house where the Pierpont Inn is/used to be (don’t even know if it exists anymore). Reese’s parents live in the house I lived in when I was nine—right there on Pierpont just a block from the beach.  And where they went to get mistletoe… one of my favorite places in the world.

So, here’s my version of the tale—the one I wrote instead of told.  Just like Francie Nolan learned from her teacher in A Tree Grows in Brooklyn.  When I tell the story, I tell it exactly how it happened.  However… I wrote what should (not) have happened!  (this is much more interesting than the real story).

For Him and My Family, October 14

Labor Not in Vain, October 16

She Lives To Read, October 17

Spoken from the Heart, October 20

As He Leads is joy, October 23

Adventures of a Travelers Wife, October 25 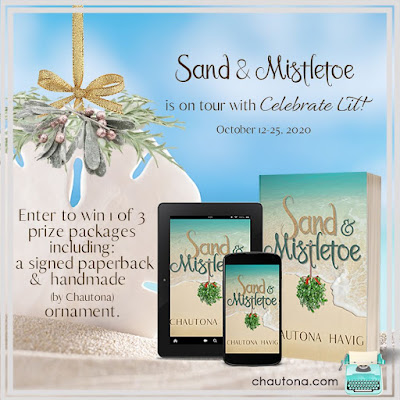 To celebrate her tour, Chautona is giving away the prize package including a signed paperback & a handmade ornament!!

Sand and Mistletoe is another good read by by Chautona Havig. She has once again written a fun and entertaining book. I loved that she was added a character who is part of the hard of hearing / deaf community. There are not many stories out there that feature unique abilities. I appreciate this addition as a mom of a child who has hearing issues. The faith, love, inspiration and romance were fun and entertaining. I liked that the author incorporated true events within the pages. I enjoyed getting to know Reese and Portia.

I am giving Sand and Mistletoe four and a half stars. I recommend it for readers who enjoy clean and faith filled romance set during the Christmas season. It is definitely not one to be missed and worth a read.

I received Sand and Mistletoe from the publisher. This review is one hundred percent my own honest opinion.