This post is part of a virtual book tour organized by Goddess Fish Promotions. Joanna Campbell Slan will be awarding a $25 Amazon or Barnes and Noble GC to a randomly drawn winner via rafflecopter during the tour. Click on the tour banner to see the other stops on the tour. 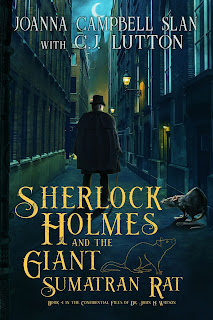 The world was not prepared for this story, a conspiracy hatched in the highest levels of the British government. A rogue Minister of Defense plans to turn soldiers into blood-thirsty animals—and Holmes and Watson may be among their first victims.

The adventure starts when Holmes is warned away from investigating Jack the Ripper’s heinous crimes. Despite Holmes’ well known skills, he is sidelined. He must content himself with a straightforward case, finding a bolting beau, the result of a simple lovers’ quarrel.

But that “romance gone wrong” is really the key to a nasty secret with tendrils reaching all the way to a Sumatran island. That’s where four castaways made a difficult decision. They turned their backs on a society that sent them packing and allowed themselves to be infected with a deadly virus. After all, they never expected to ever come home again… And they certainly never expected to be considered lethal weapons! Can Holmes and Watson stop them from being used for evil purposes?

This fast-paced adventure will take Holmes and Watson from the dregs of London to its noble heights. The two friends will travel from Bedlam, the hospital for the insane, to stately Windsor Park. Sherlock Holmes and the Giant Sumatran Rat is a fast-paced thrill ride that’s sure to keep readers on the edge of their seats. If you like historical thrillers with a hint of the supernatural, you’ll love this series. Each book stays true to Sherlock Holmes and his faithful friend, John Watson, whilst featuring a cast of real people and issues pertinent to the times.

“You’ve done an admirable job keeping details of these murders out of the press,” observed Sherlock Holmes, ignoring the man interrupting his investigation. “Is that fair, Lestrade? Don’t people need to know that a beast roams the streets? That an animal who preys on young women is loose among us? Wouldn’t it be fair to warn everyone, but especially young women, to go out and about with caution?”

Lestrade said, “They aren’t but prostitutes, so don’t worry yourselves much. The East End is full of them. You can’t toss a rock and not hit one. Disgusting, I say. I ought to lock up the lot of them.”

Holmes turned narrowed eyes on Lestrade. “Yes, but only if you lock up their customers, too. Look at her! She can scarcely weigh eight stone! Do you honestly think she enjoys selling herself to the highest bidder? Does she look like she’d had an easy life? What say you? Can you see the slightest hint that she had something to look forward to, given how gaunt she is and how dirty, except merely surviving one more day? And now some heinous wretch has taken even that away from her. Jack the Ripper, indeed! If he killed her with one quick blow, smiting her senseless, then he’d be an angel of mercy, I’d warrant. But he did not. He played with her as a cat does a mouse. Only a few East End residents live beyond that tender age of thirty, and so this young woman was not allotted much more time here anyway!” 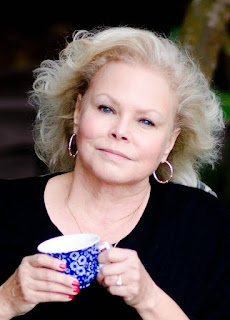