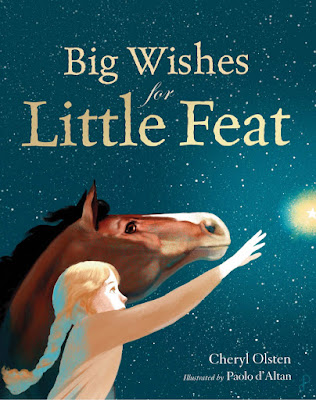 When Ella and Little Feat are brought together, their devotion to each other grows. Their awe and love of the night sky with sparkling stars and constellations takes them on a journey that will change their lives forever. Big Wishes for Little Feat is a wonderful tale that will ignite the imagination with its rich, colorful illustrations by award-winning Italian illustrator Paolo d'Altan. Central to the book's charm is the imagery of stars and constellations to which a little girl and her horse both look for inspiration, confidence, and faith in themselves, as they learn how to turn disappointments into achievements. A quirky aunt adds to the fun of this tale of happy endings and new beginnings. For young girls who love animals with a special fondness for the magic of horses.

This is a story about a horse who never stopped believing. His name is Lafitte De Muze. Lafitte was born on a horse farm called Bonneville in the Kingdom of Belgium.

Lafitte was a happy colt who played with his friends from the early dawn of the misty mornings through the warmth of the late-afternoon sunshine. Most of all, he loved running through—and rolling in—the delicious, sweet clover that covered the green pastures.

There was something magical about Lafitte. His brown eyes sparkled with mischief and humor.

His soft, mahogany-colored coat gleamed, especially in the late-afternoon sunlight. His tail was as glossy and dark as the nest imported licorice.

As the months passed, the other foals grew taller, and their legs grew longer and longer. But try as he might to catch up when his friends galloped in the field, La tte was often left behind.

And even though there were times when he was out of breath, that’s exactly what he did. It made him happy to see his friends raise their heads and whinny their admiration at his agility and speed when he caught up—and eventually passed them.

Besides, he thought, as he sailed over anything that crossed his path, no one can jump as high as I can. 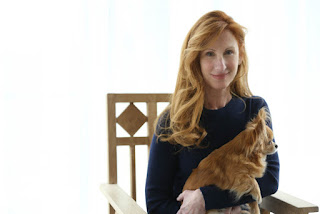 Cheryl Olsten was formerly the publisher of two New Jersey Magazines, New Jersey Life and New Jersey Life Health and Beauty.  She resides in Pennsylvania with her husband, while their grown children are living their happy lives on different parts of the globe.

Cheryl Olsten will be awarding a $10 Amazon/BN GC to a randomly drawn winner via rafflecopter during the tour.