Blog Tour and Giveaway: Crossfire in the Street by D.L. Rogers In a time when raiders, bushwhackers, and Redlegs rode the Cass County, Missouri, countryside bringing fear and destruction with them, Elizabeth Miers and her family barely survived into the next day. When the enemy, in the form of Elizabeth’s neighbors, comes a-calling more than once with mischief on their minds, Elizabeth fights back to keep her children safe against men she once called friends. On August 25, 1863, following the issuance of General Order No. 11 by Union General Thomas Ewing, thousands of women, children, and the elderly were forced to vacate their homes in the brutal summer heat within fifteen days. With determination and a plan, Elizabeth sets out on a sixty-mile trek toward St. Clair County. Carrying enough prepared food and water on a rickety built sled to reach her aunt and uncle’s farm, she prays her kin are there to welcome them, not knowing whether they lived through the burning of Osceola two years prior—or not. Facing more than just the lack of food and shelter and the unbearable heat, they’re set upon by raiders and foraging soldiers who try to take more than just their meager provisions. Much more. Left with little after their supplies are stolen and their property destroyed, Elizabeth and her fellow travelers continue south, facing more indignities before their journey is done. Through Elizabeth and the thousands of other refugees that traveled ahead of and behind her, feel what they felt in the wake of General Order No. 11, an order that took everything and left them destitute and afraid they wouldn’t live to see one more day. 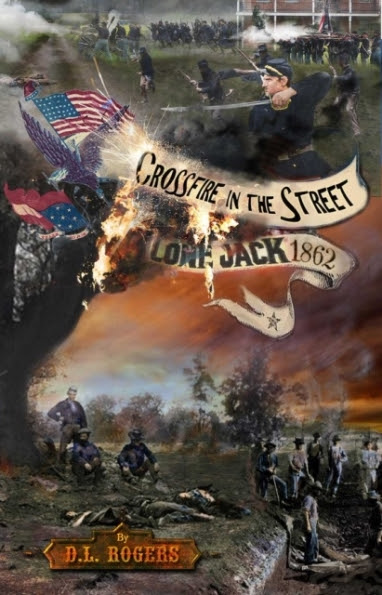 Crossfire in the Street by D.L. Rogers

The Civil War yielded many bloody battles and the Battle at Lone Jack was among the worst. Fought across a sixty-foot strip of dusty road, brothers fought brothers, neighbors fought neighbors, cousins fought cousins, and the blood of horses and men ran together in the street under the blistering August sun. The Green family tried to keep from being caught up in the war headed for their doorstep, but their efforts were lost—even before the Yankees came to town. In their youthful exuberance and ignorance, sixteen and fifteen year old Hank and Jesse sneak into town to watch the battle—and find more trouble than they bargained for. Pete, the oldest brother, joins the Rebels and fights to save his life—and that of his brothers. Cora, the oldest daughter on the cusp of becoming a woman, loves a boy who runs off to fight with the Federals—and breaks her heart. 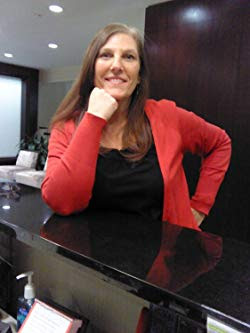 Although born in New Jersey of parents from New Jersey and Tennessee, it was just a matter of time before Diane's "southern" blood revealed itself. And reveal itself it did, in a passion for all things western and related to the Civil War. Having learned a great deal in her research since her historical journey began, especially in the midwest, Diane has attempted to portray both the west and the war from numerous points-of-view, which is not always the same history as what has been previously portrayed--or taught. As a kid, Diane played Cowboys and Indians more than she did Barbie, and as she got older, she and her cousin (whose parents were reversed) gave themselves the moniker of "Yebels." The question of what it would have been like during the Civil War years, when friends and family fought on opposite sides of the war, festered inside Diane until she answered her own question in the form of the novels she writes of the west and Civil War, where everyday people, regardless of what "side" they were on, when faced with difficult situations, rose to the challenge, and survived. Now living south of Kansas City, Missouri, on fourteen acres of property, when Diane's not writing or marketing, she enjoys sitting on her front porch, reading when she can or just watching her horses in the pasture and multitude of cats in the yard. When she does venture into town, it's to work at a lawfirm on the Plaza, or visit her two children and five grandchildren.

During the Blog Tour we will be giving away a $25 Amazon Gift Card! To enter, please enter via the Gleam form below. Giveaway Rules – Giveaway ends at 11:59pm EST on November 20th. You must be 18 or older to enter. – Giveaway is open to US residents only. – Only one entry per household. – All giveaway entrants agree to be honest and not cheat the systems; any suspect of fraud is decided upon by blog/site owner and the sponsor, and entrants may be disqualified at our discretion. – Winner has 48 hours to claim prize or new winner is chosen. D.L. Rogers

Crossfire in the Street: Lone Jack 1862 is the second book I have read by DL Rogers. I enjoyed Elizabeth’s War, but enjoyed this one so much more. I was instantly intrigued with the historical details. It was how I would have imagined my great grandparents went through living during the Civil War like the Green family.

I am giving Crossfire in the Street: Lone Jack 1862 four and a half stars. I recommend it for readers who love Civil War era novels.