~~~~~~~~~~~~~
GENRE: Historical Romance (1950s)
~~~~~~~~~~~~~
BLURB:
After a family crisis, Katie Hathaway must return home to help out in the family's ice cream shop. She leaves behind her dream job of teaching ballroom dance to spend her summer scooping ice cream and mixing milkshakes.
Chaz Hollander, Katie's high school crush, has also returned to town to work in his family's business. After Katie treats him to a blueberry swirl sundae, he invites her to the town's upcoming dance. The only problem is he has two left feet.
When Katie starts giving Chaz dance lessons, their chemistry ignites, and the postponement of her dream doesn't seem as ominous. But financial woes and a suspicious business deal cast a shadow on their budding relationship.
~~~~~~~~~~~~~
EXCERPT
Then the music ended.
She stood in his arms, unable to step away.
He lifted her chin with steady fingers, and his sensuous gaze roamed from her eyes to her mouth. “So beautiful,” he murmured.
A thousand butterfly wings beat in her chest.
Ever so slowly he lowered his head before brushing her lips with his. Light as a feather, he kissed her tenderly, and her hands drifted to strong shoulders, closing the infinitesimal space between them. Her head swam as his mouth captured hers in a more passionate exchange. His tongue swept against hers, fanning the fire she’d been trying to keep under control.
Muscled arms held her against him, sending her passion into overdrive. His palms roamed down her back, awakening every atom, every synapse, every nerve, before settling on her hips. Heat then fire swarmed her body as they pressed against each other while their tongues tangled.
The scrape of the record player needle circling the vinyl was the only witness to their flaming desire.
Dancing had never been so good.
~~~~~~~~~~~~~
AUTHOR Bio and Links: 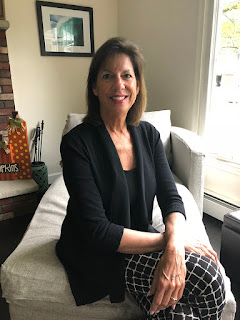 Maria Imbalzano is a retired matrimonial lawyer who now writes full time. Instead of drafting motions, legal memoranda, and briefs, although fascinating, she now spends her days creating memorable characters and taking them on their emotional journeys through her contemporary romance novels.
In addition to writing fiction, Maria is on the Friends of Thomas Edison State University Foundation Committee and is still involved with Dress for Success Central Jersey, having been a founding Board member. She also serves on the finance committee for The Present Day Club. She has received the distinguished Family of Edison Award for her work with The Thomas Edison State University Foundation, the Iron Mike Professional Achievement Award from Trenton Catholic Academy and was inducted into the Italian American National Hall of Fame.
Her novel, “Unchained Memories,” won the Wisconsin Romance Writers Write Touch Readers’ Award and the ACRA Readers’ Choice Heart of Excellence Award. “Sworn to Forget,” the first of the four-book Sworn Sisters Series was a finalist for the illustrious RONE award as well as the Book Buyers Best Award.
Visit Maria at www.mariaimbalzano.com
Buy Links for The Blueberry Swirl Waltz
Amazon
https://amzn.to/3auZK4k
Barnes and Noble (Nook)
https://www.barnesandnoble.com/w/the-blueberry-swirl-waltz-maria-imbalzano/1136868420?
Apple Books
https://books.apple.com/us/book/the-blueberry-swirl-waltz/id1508636829
~~~~~~~~~~~~~
GIVEAWAY:
Maria Imbalzano will be awarding a $25 Amazon/BN GC to a randomly drawn winner via rafflecopter during the tour.

The Blueberry Swirl Waltz is part of the One Scoop or Two series. It is, also, the first book I have read by Maria Imbalzano. I thought this quick read to be fun and entertaining. I adored Katie right from the start. It was a delight to read the interactions between her and Chaz. I loved it.

I am giving The Blueberry Swirl Waltz four and a half stars. I would love to read more by this author in the future.