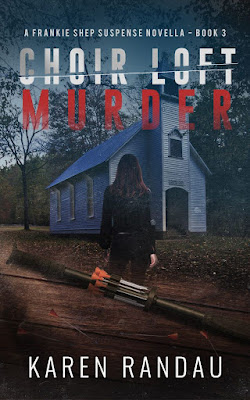 In book 3 of the Frankie Shep Suspense Novellas, a member of the church choir dies during rehearsal, and the apparent murder weapon—a blowgun—implicates the man Frankie loves. She’s shocked to discover Quint was a champion at the sport before he accepted the senior pastor role at the church. And he’s refusing to talk about his fate.

Her investigation reveals that Quint isn’t the only person with the skill to hit a woman’s carotid artery while she’s singing a high note, and Frankie is convinced someone is framing Quint. The closer she gets to proving it, the more she faces a stalker’s deadly wrath.

Can Frankie save herself and the man she loves from becoming the next victims? 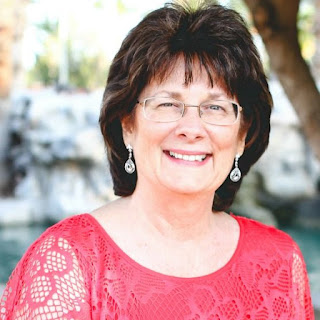 Karen Randau authors fast-paced mystery, thriller, and suspense books, including the Frankie Shep Suspense Novella series, Rim Country Mysteries, and Deadly Reception (a stand-alone novella as one of seven of the Tawnee Mountain Mysteries box set written by best-selling and award-winning authors). Her Rim Country Mystery novel, Deadly Payload, was a finalist in the Book Excellent Awards and the Beverly Hills Book Awards. She’s a lifelong writer, both for fun and as a professional in marketing communications. She holds a degree in journalism/public relations. A native of the southwestern U.S., Karen lives with her husband in Arizona.

Since Choir Loft Murder is the third book in the Frankie Shep Suspense Novellas series, I wanted to show how Frankie has grown through the series—from broken woman who is angry at God for allowing the deaths of family into a strong and happy woman who relies on God to help her through an unusually tough life.

She has shown her grit in all three novels in the series, and this one shows how she has grown through the adversity life has thrown at her.

In writing Choir Loft Murder, I wanted to show that ordinary people usually are stronger and more resilient than they know.

For Him and My Family, August 31

Because I said so — and other adventures in Parenting, September 5 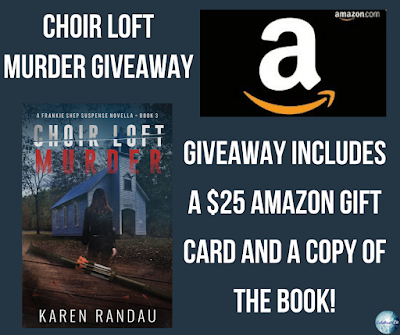 To celebrate her tour, Karen is giving away the grand prize package of a $25 Amazon gift card and a paperback copy of the book!!

Choir Loft Murder is the third installment from Karen Randau’s series Frankie Shep Suspense. Even though it is part of a series, I think readers can read it as a stand alone. I thought it was pretty good. I was hooked right from the start. I did not want to put it down until I was finished.  It is not one that is easy to predict and I was left guessing throughout. I adored Frankie and Quint. Great story.

I am giving Choir Loft Murder four and a half stars. I recommend it for readers who enjoy reading clean mysteries. I look forward to reading the other books from the Frankie Shep Suspense series to see what happened previously.

I received a digital copy of Choir Loft Murder from the publisher, but was not required to write a positive review. This review is one hundred percent my own honest opinion.