Blog Tour and Giveaway: I Survived, The Galveston Hurricane, 1900 by Lauren Tarshis

I am thrilled to be hosting a spot on the I SURVIVED, THE GALVESTON HURRICANE, 1900 by Lauren Tarshis Blog Tour hosted by Rockstar Book Tours. Check out my post and make sure to enter the giveaway! 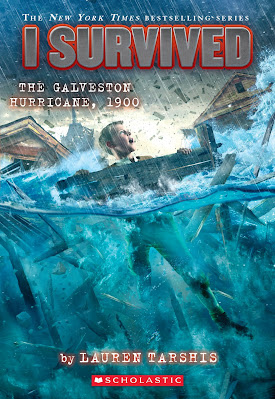 More than a century later, the Galveston Hurricane of 1900 is still America's deadliest disaster. Lauren Tarshis's story of one child surviving the horrible event churns with page-turning action and bold hope.

The city of Galveston, Texas, was booming. Perched on an island off the southern coast of Texas, Galveston had been founded in the 1830s. By 1900, it was Texas's richest and most important city. Boats loaded up with American cotton and wheat steamed from Galveston to countries around the world. Arriving ships were crowded with immigrants. The streets, paved with crushed oyster shells, sparkled like they'd been sprinkled with diamonds.

True, this glittering city was prone to flooding. But just a few years before, a weather forecaster had said the idea of a hurricane striking Galveston was absurd.

So when a storm started brewing on September 8, 1900, no one believed it would be any worse than previous storms. They gathered on the beach to cheer on the wild waves. But what started as entertainment soon turned into a nightmare as those wild waves crashed into the city. By morning, hundreds of homes were destroyed. Eight thousand people were dead. The city had all but disappeared,

In this thrilling installment of Lauren Tarshis's New York Times bestselling I Survived series, one child finds safety only to head back into the treacherous waters to make sure his neighbors are safe.

Check out all of the I SURVIVED BOOKS! Each can be read as a standalone.

I Survived the Galveston Hurricane, 1900 is a great addition the I Survived series. It gives younger readers a glimpse of what it was like for those who lived and lost loved ones during the terrible Galveston Hurricane. It was interesting reading the author’s notes in the end. I was captivated by this story of tragedy and hope. I thought it was such an important and educational  read based on real events.

I Survived the Galveston Hurricane, 1900 is getting a very well deserved five plus stars from me. I highly recommend it for readers who are seven to twelve years old. It would be great addition to a school classroom or library.

I received a digital copy of I Survived the Galveston Hurricane, 1900 from the publisher, but was not required to write a positive review. This review is one hundred percent my own honest opinion. 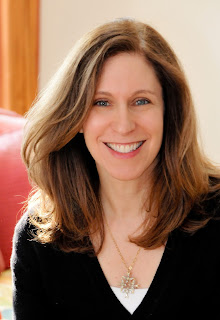 LAUREN TARSHIS’ New York Times bestselling I Survived series (which has over 34 million copies in print!) tells stories of young people and their resilience and strength in the midst of unimaginable disasters and times of turmoil. Lauren has brought her signature warmth and exhaustive research to topics such as the battle of D-Day, the American Revolution, Hurricane Katrina, the bombing of Pearl Harbor, the attacks of September 11, 2001, and other world events.

Lauren is also the Senior Vice President and Editor-in-Chief/Publisher of Scholastic Classroom Magazines, where she oversees more than 25 classroom magazines. In her more than 25 years with Scholastic, Lauren has helped transform the company’s print magazines into the powerful learning tools they are today. In her current role, she is helping to expand the magazines’ deep connection to American classrooms and ensure their vital role in providing teachers and students with an understanding of the contemporary world. She lives in Connecticut with her family, and can be found online at laurentarshis.com.

3 winners will win a finished copy of I SURVIVED, THE GALVESTON HURRICANE, 1900, US Only.