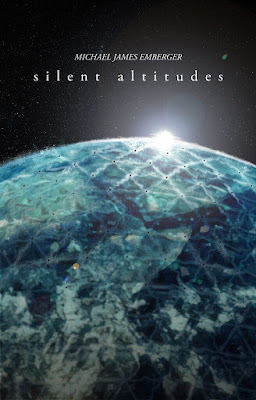 Release date: March 30, 2021
The world looks up to the sky in hopeful anticipation as the Pennychuck Atmospheric Carbon Reduction System comes online. Finally the chance to eliminate global warming will be obtainable.

Within moments, something goes terribly wrong. Dr. Milford Pennychuck races to find the underlying problem that caused so much destruction. Yet when an assassination attempt and system sabotage blindsides him, he has to rely on a surprising ally.

Together they delve into a conspiracy deeper than they can fathom. As the system operates at progressively higher altitudes, the two scientists must find a way to shut it down…or die trying. 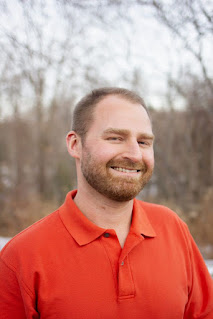 Michael James Emberger is an author of thrillers and suspense, and he resides in Wilton, New Hampshire. He enjoys weaving narratives of conspiracy and misguided intentions around divisive topics. Where there is debate, there is always room for a villain with goals far out of alignment from either side. Michael is a graduate of Messiah College, where he studied Engineering and met his wife racing solar cars cross-country. When he’s not working on home renovations or writing, he enjoys visiting the ocean and exploring the majesty of God’s creation on the summits of New Hampshire’s mountains.

Silent Altitudes is a Cli-fi (Climate Fiction) thriller set in the near future. I wanted to avoid the current political debates over global warming, so I went with the assumption that the world eventually comes to consensus about what to do. The United Nations rolls out an elaborate technological solution, but sabotage and conspiracy lead to disaster on startup day. That’s the type of angle I enjoy writing. Climate change is the backdrop, but this book is about family and survival and fighting against the greed and corruption that have laid good intentions to ruin. It’s about loss and hope and trusting that God is still in control even when everything seems hopeless.

A significant inspiration for this book was a phrase my daughter would say when she was little: “Hold you Mommy.” It meant she wanted a hug. I contacted Laura, a pottery artist on Etsy, and ordered a custom mug with that phrase as a Christmas present for my wife. Laura was a joy to work with, and our conversation led to me developing characters and themes that provided the heart of my story. I find it’s those little inspirations that make the biggest difference in my writing.

For Him and My Family, September 24

Because I said so — and other adventures in Parenting, September 28

The Meanderings of a Bookworm, September 30 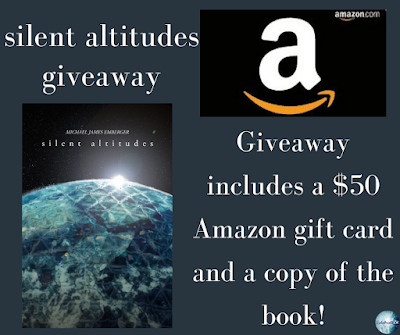 To celebrate his tour, Michael is giving away the grand prize package of a $50 Amazon gift card and a copy of the book!!

Silent Altitudes is my first introduction to books written by Michael James Emberger. I am not a huge fan of fantasy or science fiction genre, but I thought this was a good read. I thought the writing style was different and unique. There were times I had a hard time following but was able to catch on quickly and continued to keep reading. I am happy that I went outside my comfort zone and gave this one a chance. It was definitely worth a read.

I am giving Silent Altitudes three and a half stars. I recommend it for readers who enjoy reading inspirational science fiction and fantasy. I would like to read more by Michael James Emberger in the future.

I received a paperback copy of Silent Altitudes from the publisher, but was not required to write a positive review. This review is one hundred percent my own honest opinion.