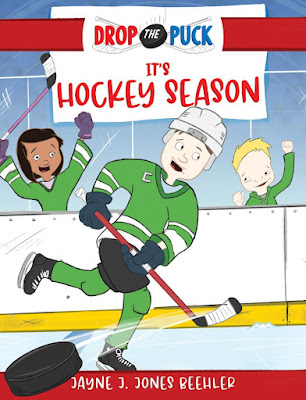 It’s Hockey Season tells the tale of two brothers, Blaine and Cullen, who love ice
hockey and each other. Cullen is the all-star team captain and his brother Blaine,
who has Down syndrome, is the team manager. Blaine is clearly the unsung hero
of the team; his leadership and unselfish actions speak louder than words. Young
readers are able to learn respect and a better understanding for the challenges
individuals with special needs face on a daily basis. 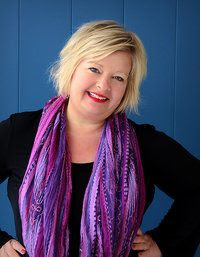 Jayne J. Jones Beehler is a lifelong hockey fan who is also an advocate for children

with disabilities. She serves as a government and legislative affairs project
management consultant dealing with such issues as opioid addiction, juvenile
justice, foster care, higher education, and education reforms.

Jayne is a former history professor for Concordia University, where she was named
Political Science Professor of the Year in 2017. She holds a B.A. degree in Political
Science and a law degree from William Mitchell College of Law.

She serves as national legal advisor for the American Special Hockey Association
and is the founder of Margaret’s Missions, a chaperone travel program for people
with special needs.

Jayne resides with her husband and daughter in Wisconsin and Florida.

“This book has great lessons for kids everywhere! I’m so happy my good friend Ann and the

American Special Hockey Association can be an inspiration for so many people!”

accepting those who may be different and working together as a team.

It’s important to lead by example and treat everyone with the same respect.”

The Space of Grace, September 13

For Him and My Family, September 15

Because I said so — and other adventures in Parenting, September 20

The Meanderings of a Bookworm, September 22 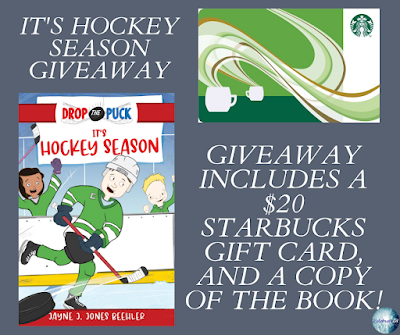 To celebrate her tour, Jayne is giving away the grand prize package of a $20 Starbucks gift card and copy of the book!!

It's Hockey Season by Jayne J Jones Beehler begins her Drop the Puck series. I thought this was a great book for younger readers. The story is fun, entertaining and has a valuable lesson to learn. I liked it.

It's Hockey Season is illustrated by the talents of  Cory Jones . The pictures perfectly follow the story and so vibrant and colorful that hard not to capture one’s eye. The younger readers will be captivated and be able to hold their attention and continue reading to find out what happens all the way to the end.

It's Hockey Season is getting a very well deserved five plus stars. I highly recommend it for young readers who are between the ages of eight and twelve. I look forward to reading more books like this from Jayne J Jones Beehler in the future, as well as, reading the next installment from the Drop the Puck series, Hooray for Hockey Day!. This would make a great gift and a wonderful addition to the local or school library and even in a classroom for story time.

I received a copy of It's Hockey Season from the publisher, but was not required to write a positive review. This review is one hundred percent my own honest opinion.