Parentectomy: A narrative ethnography of 30 cases of parental alienation and what to do about it 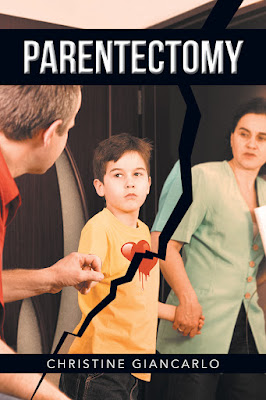 When parents separate and divorce, kids come last in family law. Should children's welfare be measured in "billable hours"? Christine Giancarlo thinks kids come first and need both parents. Parentectomy moves us toward that goal... for the sake of the children.

Based on Dr. Giancarlo's peer-reviewed research study, Kids Come Last: The Effect of Family Law Involvement in Parental Alienation, this book tells, in their own voices, the stories of thirty loving, capable and dependable parents who, nonetheless, were removed from their children's lives. It is also the author's own journey through the devastation caused by parental alienation.

This book sheds light on an urgent social crisis, enabled by a broken family law system. An equitable and just model for eliminating this form of child abuse is proposed with an urgent plea for its implementation.

I am a grandfather of two girls now aged 11 and 13. Their father, Kelly, is my son. When my granddaughters were 3 and almost 5, their mother died of cancer. The girls went immediately to their maternal grandfather’s. I’m not sure why. Kelly was staying with me so each morning he would go the couple blocks to his fatherin-law’s house and stay with the girls all day until they went to bed. The reason the kids had been staying there was so that Kelly could be at the hospital with his wife.

On the day of his wife’s funeral, Kelly went to get his daughters but was told by his father-in-law that they were going to stay with him because Kelly was “unfit”. Kelly’s father-in-law had five lawsuits on the go for a while. It’s almost like he does that for a living; he sues. His brother is a lawyer. He sued his own wife while she was dying, and he sued when his daughter got in a car accident. When Kelly’s wife was dying and no longer lucid, during last rites with 30 people in the room, he wrote out a will on her behalf and had a lawyer sign it.

We hired the best lawyer we knew of, Randy St. Pere, to contest the will, since Kelly’s wife had not had her faculties when it was signed. We needed a statement from the doctor who cared for Kelly’s wife at the end. He put a caveat on while he took 10 months to get this statement. He blamed the doctors for the delay, saying he couldn’t get in to see them for a signature.

In the meantime, Kelly’s father-in-law took custody of my grandchildren. He is actually listed as the children’s mother, can you believe it? He got an interim Order from Justice Versaille and Kelly had a green lawyer named Byron Poyet assigned to his case. It was called a Justice Special hearing. Turns out that Byron did a good job but as a result, as I found out later, he quit Family Law afterward and went back to an honest job that he had done earlier in life. This judge ordered that Kelly could only have supervised visits with his own children. The father-in-law wanted Kelly’s wages garnished as he claimed Kelly needed to pay him more child support.

Soon after this Order was made, we went to court a couple times to try to get the kids back to their father. No other judge would overturn Versaille’s decision, so Kelly’s case went to Special Chambers. It took three months to get there; March 24. Justice Morey ordered our case to trial immediately and said he would give us a Court Order to make that happen. I didn’t know at the time that a Court Order without an Enforcement clause is totally useless. 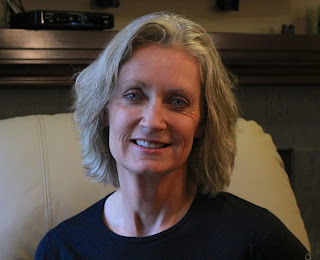 Christine Giancarlo is an applied anthropologist at Mount Royal University since 1992. She holds a Ph.D. in Human Services from Capella University, Minnesota, and an M.A. in Primatology from the University of Calgary, Alberta. Growing up with two loving parents, four brothers and being blessed with her own children, Devon and Carmen, inform her holistic perspective on the family. Christine resides in Calgary with her partner, Bert, and their dog, Gavin.

Christine Giancarlo will be awarding a $15 Amazon or B/N GC to a randomly drawn winner via rafflecopter during the tour.