Audiobook Tour and Giveaway: The Gate to Eden by Cathy McDavid 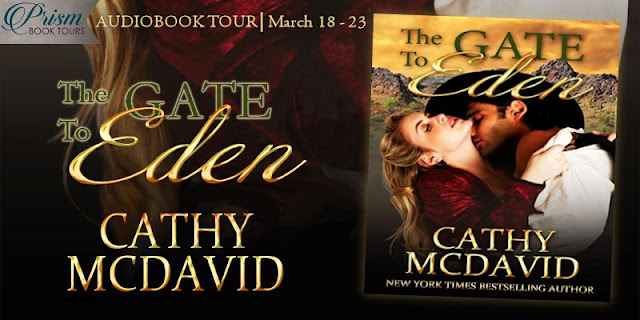 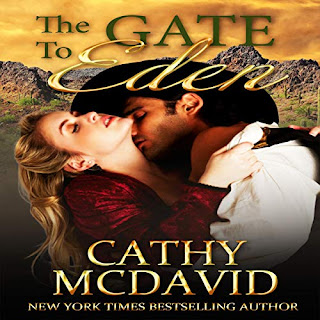 Expert crackshot Maddie Campbell will do whatever it takes to survive in this female Robin-Hood-of-the-Old-West story - including evading bounty-hunter-for-hire Scott McSween who's intent on bringing her in.

Not your ordinary thief, widow and mother Maddie Campbell likes to think her wealthy victims are merely "donating" to herself and the hundreds of other widows and children left abandoned by the mining company after a devastating accident took the lives of their menfolk. Maddie's secret excursions are quite successful...until ruggedly handsome former lawman Scott McSween arrives in Eden to investigate the recent string of crimes.

Despite her efforts to throw him off track, they can't resist each other. He knows she's somehow involved and is determined to draw out all her secrets in the most exquisite ways - with soft caresses and passionate kisses. But when finally confronted with the truth - that Maddie is actually the thief he's been hired to hunt down and bring in - will Scott choose the woman he loves or his duty to the law? 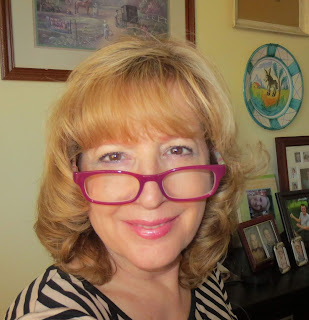 As a sophomore in high school, NY Times, USA Today, and Amazon bestselling author Cathy McDavid won a local writing competition with her self-illustrated children’s book. Who knew that small triumph would eventually lead to a career writing contemporary romances with over 1.3 million books sold? With forty-seven titles to date, Cathy is also a member of the prestigious Romance Writers of America’s Honor Roll. This “almost” Arizona native and mother of grown twins recently married her own real-life sweetheart. After leaving the corporate world four years ago, she now spends her days penning stories about good looking men who ride the range or fight fires or hunt creatures all while sweeping the girl off her feet. It’s a tough job but she’s willing to make the sacrifice.

Western-themed basket with goodies, including a $25 Amazon Gift Card
US only
Ends March 27, 2019

The Gate of Eden is my first introduction to Cathy McDavid’s writing. After reading this one, it will not be the last. I was given the chance to listen to the audio book version of this story and I enjoyed it so much that I listened to the whole book in one day.

The Gate of Eden tells the story of Maddie Campbell, a scamming, single, widowed mother, who does whatever it takes to take care of herself and others in need – anything. That is, until a lawman, Scott, comes to town investigating crimes happening in her town. I thought Maddie and Scott had great chemistry right from the start. It was delightful how different they were and being on the opposite sides of the law.

I give The Gate of Eden a well deserved five stars. I recommend to readers who enjoy fun and romantic historical fiction. I look forward to reading more by this author in the future.