Book Blitz and Giveaway: In the Doctor's Arms by Carol Ross 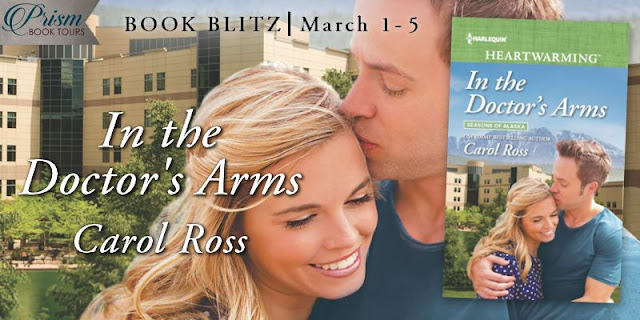 Release Blitz for
In the Doctor's Arms
By Carol Ross 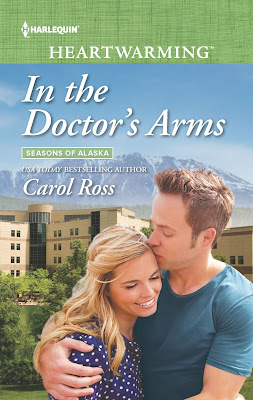 Can he stop the one who got away—

from getting away again?

Everyone in her Alaskan town hopes Iris James is back for good. Including Dr. Flynn Ramsey, who stole her heart when they were awkward teenagers. She realizes he’s planning an encore, but a prestigious job in Washington, DC, is calling to her. Only, ever since their kiss at her brother’s wedding, Iris isn’t sure about anything. Except her reignited feelings for Flynn…

With Flynn’s hand branding Iris’s bare back, he led her to the dance floor. Gentle notes of a popular love song filled the air, so Flynn gathered her in his embrace and made dancing seem as easy as everything else he did. The satisfied smile playing on his lips caused Iris’s heart to execute a slow cartwheel inside her chest. She should be used to this, to him, by now.

Lowering her voice to a whisper, she said, “Thank you for that. I owe you one. It was probably a little over-the-top, but I appreciate your dramatic flair. I’m sure they’re still talking about it.”

He dipped his head, and whispered near her ear, “I could not possibly care any less than I do about Faith or Ashley. And I only care about Todd in that I don’t want you singing any duets with him.”

“I hadn’t planned to but...” Her throat went dry because his hand had returned to her back, where his thumb caressed the skin along the edge of her dress. “What are you doing?”

“Dancing. Is there something going on between you and Cricket?”

“What?” she answered, alarmed by the subject change. Did he know about the flying lessons? She wasn’t ready for anyone to know about that yet. “Like what? What do you mean by ‘something’?”

Eyes narrowed and assessing, he clarified, “Are you two romantically involved?”

“Oh.” She laughed, and then paused to process the question. She didn’t want to tell him the truth, but she also didn’t want him thinking that. “That’s not what’s going on,” she said, and then realized that she’d inferred that something was.

“Nothing. I mean, he is helping me with something. But we’re just friends. He’s practically like a brother to me, you know that.”

“I do, I was just confirming it before I did something.”

Tightening his hold, he twirled her around. She said, “Oh, I get it. They’re still watching, right?”

Flynn chuckled softly, shifting his focus to meet her gaze again. His brown eyes seemed to burn into hers. “No, I don’t think you do get it,” he murmured. “But then again, I didn’t really get it, either.”

“Get what? Flynn, what are you...?” Her question trailed off because he was staring at her mouth. The heat from her cheeks was apparently burning through to her brain because she could not think straight. Much less talk.

“Maybe this will help.”

Then his mouth brushed against hers in the sweetest, most perfect caress. Flynn was kissing her? Yes, he sure was, and his lips were velvety soft and completely perfect, and she couldn’t—she wouldn’t—think past that. Instead, she kissed him back, pressing her mouth more firmly to his. One hand came up to grip his shoulder. Before she could do more than that, his soft lips were gone.

“Iris,” he whispered, “I’m...” He closed his eyes and rested his forehead against hers for a second before slipping a hand around the back of her neck. He pressed a gentle kiss against her forehead and tucked her in close again. “Give me a second.”

Iris focused on trying to move air in and out of her lungs, but with her cheek pressed against his chest, every breath was Flynn-scented with hints of spicy soap and cedar boughs. Flynn had just kissed her. What did that mean? What did she do now? Panic welled inside of her because it couldn’t mean anything.

A chuckle vibrated through him. “That should give everyone something to talk about, huh?”

Of course, she realized, he’d kissed her for her, to help her. Thank goodness, he’d broken it off before she’d said, or done, something truly embarrassing. Her cheeks ignited with heat as she imagined herself clinging to him like a spider monkey on the dance floor. 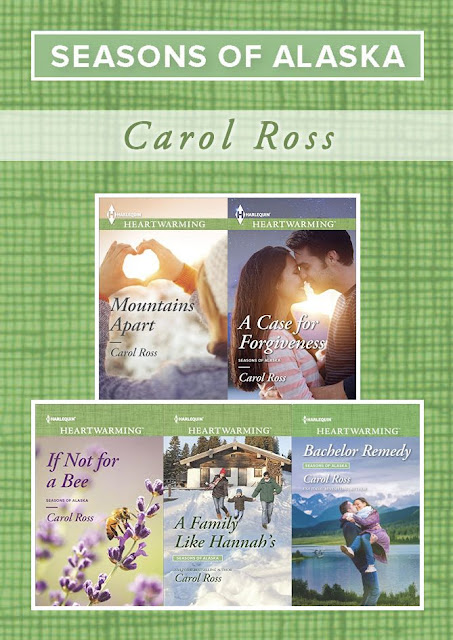 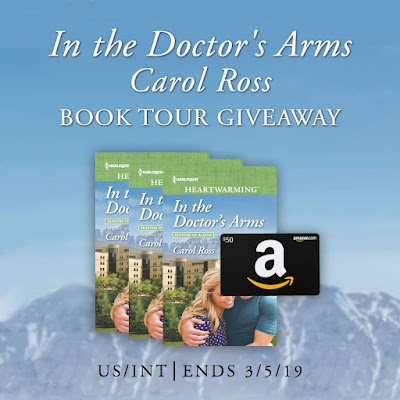