Blog Tour and Giveaway: The Noble Guardian by Michelle Griep 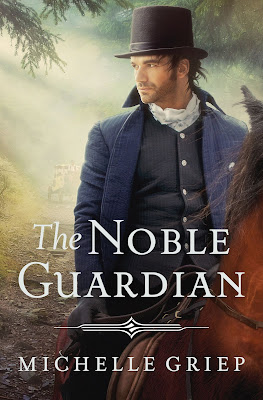 A Cross-Country Trip through Regency England Brings Intrigue, Rogues, and High Adventure
The must-read conclusion to Michelle Griep’s Bow Street Runners Trilogy: Life couldn’t be better for Abigail Gilbert—but it’s been a long time in coming. Having lived with a family who hated her, it’s finally her time for love. Abby sets off on a journey across England to marry one of the most prestigious gentlemen in the land—until highwaymen upset her plans and threaten her life. Horse patrol captain Samuel Thatcher arrives just in time to save Abby. But she’s simply another victim in a job he’s come to despise. Tired of the dark side of humanity, he intends to buy land and retire. Abby pleads with him to escort her for the rest of her journey. He refuses—until she offers him something he desperately needs to achieve his goal. . .money. Delivering her safely will give him more than enough to buy property. So begins an impossible trek for the cynical lawman and the proper lady. Each will be indelibly changed by the time they reach her betrothed, if they don’t kill one another first—or fall in love. 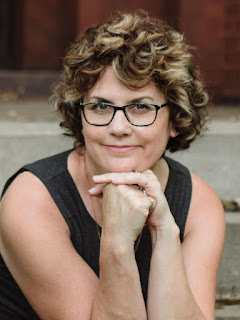 Michelle Griep’s been writing since she first discovered blank wall space and Crayolas. She is the Christy Award-winning author of historical romances: A Tale of Two Hearts, The Captured Bride, The Innkeeper’s Daughter, 12 Days at Bleakly Manor, The Captive Heart, Brentwood’s Ward, A Heart Deceived, and Gallimore, but also leaped the historical fence into the realm of contemporary with the zany romantic mystery Out of the Frying Pan. If you’d like to keep up with her escapades, find her at www.michellegriep.com or stalk her on Facebook, Twitter, and Pinterest.

Highwaymen are often romanticized in historical romances, but the truth is these fella’s were generally not compassionate thieves at all. They were cutthroat robbers who sometimes killed. Here’s a brief history so that you’re in the know. The term “highwayman” simply means a thief who steals—usually at gunpoint—from travelers on the road. Not all, but some of those attacks turned deadly, the robbers not wishing to leave anyone behind who could identify them. Others wore masks for the same purpose. Long, deserted stretches of roads that were main thoroughfares were the particular favorite haunts of these men. Criminals would choose remote highways that supplied regular traffic going to and from major destinations, such as Hounslow Heath, about fifteen miles outside of London. To combat these villains, in 1805 the Bow Street Horse Patrol was created. There were about sixty men hired to protect travelers on the principal roads within sixty miles of London. Most of the men had served previously in a cavalry regiment. Their most successful achievement was to rid Hounslow Heath of highwaymen. And that’s where I got the idea for my hero, Samuel Thatcher, in The Noble Guardian. He’s a rough and tumble man who’s tired of life and the wickedness of man. Mostly he’s just biding his time until he retires—that is until he rescues Miss Abigail Gilbert from the clutches of one of the worst offenders of all…Shankhart Robbins. Sound like an adventure? It is. Settle back with your own copy and see what it’s like to ride the rugged heath in a carriage, bounding along—until you hear the crack of a pistol. Enjoy!


The Power of Words, June 8


With a Joyful Noise, June 9


Through the Fire Blogs, June 15 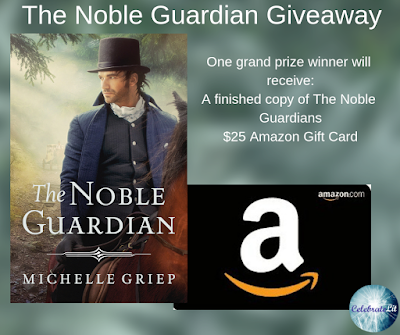 To celebrate her tour, Michelle is giving away a grand prize that includes a $25 Amazon gift card and a copy of The Noble Guardian!!
Be sure to comment on the blog stops for nine extra entries into the giveaway! Click the link below to enter. https://promosimple.com/ps/e31b/the-noble-guardian-celebration-tour-giveaway

The Noble Guardian is the final installment from Michelle Griep’s Bow Street Runners Trilogy. It set during the Regency era in England. It tells the story of Abigail Gilbert seeks to get away from her family and does anything to search for love. She leaves home to go on an adventure through the country and plans to marry. Only, those plans take a dramatic twist when she finds herself in danger. Thankfully, she was rescued by Captain Samuel Thatcher. This encounter throws off both of their life plans.

The Noble Guardian is by far my favorite of Miss Griep’s books. I enjoyed Abigail and Samuel’s interactions with one another. The chemistry was so evident between them. The mystery and suspense made it fast paced easy to turn the pages. I intended to read just one chapter and wound up reading the whole book in one sitting.

I give The Noble Guardian well deserved five plus stars. Fabulous conclusion to the Bow Street Runners Trilogy.