Blog Tour and Giveaway: Married to a Stranger by Laura V Hilton 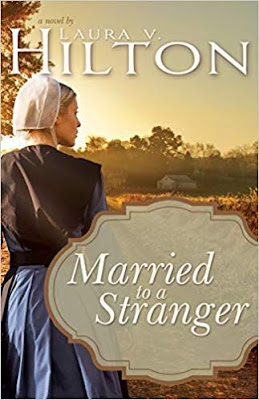 He marries her out of need. She marries him to escape. What does love have to do with it?
When her father falsely accuses a stranger of dishonoring her, Bethel Eicher finds herself promised in marriage to a man she’s never met. Not exactly a dream come true, but since she has spent several years caring for her handicapped mother, she’s already considered an old maid at twenty-five—and she longs to escape her lonely life as permanent caregiver. When newly-called Amish preacher Gideon Kaiser learns he’s been accused of a dishonorable act, he’s horrified. But his wife died in childbirth and his baby needs a mother, so he figures marrying a woman he’s never met could be beneficial. How can Bethel and Gideon possibly make their marriage work—especially when the truth behind the accusations is revealed? 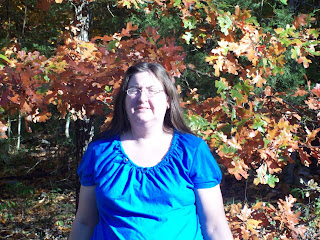 A member of the American Christian Fiction Writers, Laura V. Hilton is a professional book reviewer for the Christian market, with more than a thousand reviews published on the Internet. Laura’s first series with Whitaker House, The Amish of Seymour, includes Patchwork Dreams, A Harvest of Hearts, and Promised to Another. In 2012, A Harvest of Hearts received a Laurel Award, placing first in the Amish Genre Clash. Her second series, The Amish of Webster County, consists of Healing Love, Surrendered Love, and Awakened Love, followed by a stand-alone title, A White Christmas in Webster County. Laura’s last series, The Amish of Jamesport, includes The Snow Globe, The Postcard, and The Birdhouse. Prior to Married to a Stranger, Laura published Firestorm, Love by the Numbers, The Amish Firefighter, and The Amish Wanderer. Previously, Laura published two novels with Treble Heart Books, Hot Chocolate and Shadows of the Past, as well as several devotionals. A member of American Christian Fiction Writers, Laura earned a business degree from Ozarka Technical College. She and her husband, Steve, have five children and make their home in Arkansas. To learn more about Laura, read her reviews, and find out about her upcoming releases, readers may visit her blog at http://lighthouse-academy.blogspot.com/.

He marries her out of need. She marries him to escape. What does love have to do with it?
He’s falsely accused of dishonoring her. She longs to escape her father’s household. Can they make their forced, arranged marriage work?
“Gideon, choose love. Not loss.” Lizzie gave a quiet sigh and then her eyes rolled back in her head.
“It’s a lie.” Bethel straightened. “Whoever he described has never touched me. Nobody has.” Either he marry the woman who’d accused him of sexually assaulting her—a woman he had nein recollection of ever meeting, not to mention the fact that he had never touched any woman besides his beloved frau—or his name would be dragged through the mud for a sin he hadn’t committed, a sin for which he’d be forced to kneel and confess. It wouldn’t do any gut to ask der Herr for this stranger—what was his name, anyway?—to be nice to her, because it seemed apparent Gott hadn’t heard one word of her endless prayers over the last few days. Either that, or He callously chose to disregard her requests. It was probably the only wedding nacht in history during which the groom had hidden in the basement and raged, huddled upon and beneath a pile of blankets for warmth—warmth that never seemed to reach his core—before he cried himself into a fitful sleep. At least, with this situation being handled directly between Gideon and both their fathers, with nein preacher or bishop involvement, none of the potentially damaging dirty laundry was hung out to dry. The condemning stares from Gideon’s family members seemed to bore into Bethel’s back the entire time she prepared their breakfast and then washed the dishes. She should’ve packed her bags and run away instead of going through with the wedding. Which was probably what her sister had done, kum to think of it. He could see the hurt and bewilderment lingering in her eyes, as if she still didn’t fully realize how she’d gotten here, or why her father had chosen to believe an old widower over his own dochter. Bethel’s first time changing Elam’s diaper didn’t go as badly as she’d feared. Lying on the changing table in his bedroom, the boppli waved his feet in the air and blew bubbles at her, completely winning her heart. 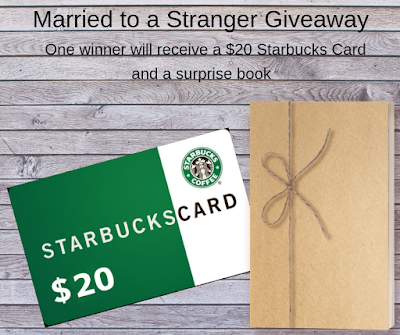 To celebrate her tour, Laura is giving away a grand prize of a $20 Starbucks Card and a surprise book!!
Be sure to comment on the blog stops for nine extra entries into the giveaway! Click the link below to enter.  https://promosimple.com/ps/e594/married-to-a-stranger-celebration-tour-giveaway

Married to a Stranger is a good read. It tells the story of widowed, single father and Amish preacher Gideon Kaiser needing a mother for his little one. He decides to marry a lonely old maid and stranger, Bethel Eicher. The two have to learn how to live with one another.

I enjoyed Married to a Stranger. It was as intriguing plot with Gideon and Bethel. The two strangers had their own struggles to get passed. I wanted to find out how the two would be able to make their relationship work. This story involves some unexpected secrets that I did not see coming. i had the whole book read in just one day.

I am giving Married to a Stranger four and a half stars. I recommend this heartwarming and inspiring tale for readers who enjoy clean and well written Amish fiction. I really liked it and am happy had the opportunity to read it.