Blog Tour and Giveaway: The Turncoat by TJ London 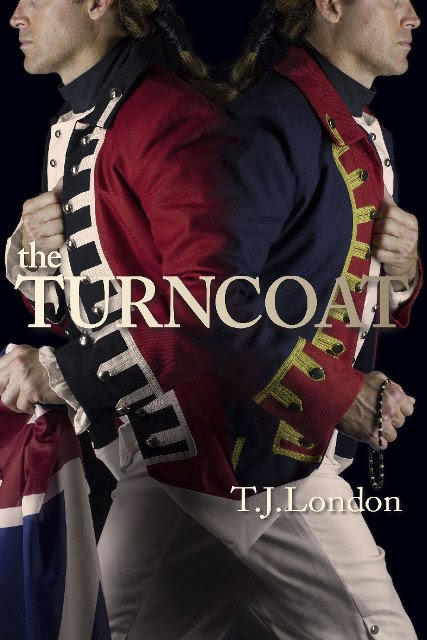 The Turncoat by T.J. London

Spy. Redcoat. Traitor. After Captain John Carlisle’s dance with death, he’s retreated to the serenity of the Oneida village with his beloved Dellis McKesson, trying to hide from the inevitable truth: war is coming. But when duty calls, and John’s expertise is needed to negotiate a treaty between the Six Nations of the Iroquois and the Crown, he’ll once again be faced with a decision: his King or his conscience. Many truths that have yet to be revealed, and a deal with the Devil made in desperation, threatens to ruin Dellis and John’s hard-won love. As ghosts of the past resurface, and bitter family rivalry exposes betrayal from those closest to her, Dellis is dragged down a devastating path to the truth of her parents’ murders. Now, the die is cast as war comes to the Mohawk River Valley in the Summer of 1777. St. Leger and his native allies siege Fort Stanwix. They're also plotting a secret attack that will force the Rebels and the Oneida to face off against the Crown and their allies, further dividing John’s loyalties, leaving him on the precipice of another decision: Rebel or Redcoat?


Available in eBook and Paperback 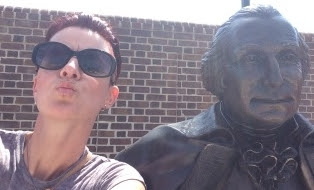 T.J. London is a rebel, liberal, lover, fighter, diehard punk, and pharmacist-turned-author who loves history. As an author her goal is to fill in the gaps, writing stories about missing history, those little places that are so interesting yet sadly forgotten. Her favorite time periods to write in are first and foremost the American Revolutionary War, the French Revolution, the French and Indian War, the Russian Revolution and the Victorian Era. Her passions are traveling, writing, reading, barre, and sharing a glass of wine with her friends, while she collects experiences in this drama called life. She is a native of Metropolitan Detroit (but secretly dreams of being a Londoner) and resides there with her husband Fred and her beloved cat and writing partner Mickey.

During the Blog Tour, we are giving away some fabulous prizes! To enter, please use the Gleam form below. 1. A Signed copy of each of my Revolutionary books 2. A bag with my Revolutionary Author Logo 3. A Sterling Silver Tricorn hat charm, so you’re always in style 4. My favorite T-Shirt to wear when I write my Revolutionary tales, that says: The original New England Patriots, from 1630 in Boston 5. A stuffed founding father doll by Little Thinkers to inspire the Rebel in you 6. And a Founding Father book of quotes. Seditious banter from our brash Rebels! Giveaway Rules – Giveaway ends at 11:59 pm EST on July 19th. You must be 18 or older to enter. – Giveaway is open to US only. – Only one entry per household. – All giveaway entrants agree to be honest and not cheat the systems; any suspicion of fraud is decided upon by blog/site owner and the sponsor, and entrants may be disqualified at our discretion. – The winner has 48 hours to claim prize or a new winner is chosen. The Turncoat

The Turncoat, book three from TJ London's series, The Rebels and Redcoats Saga. This is my first introduction to this series. I have got to get my hands on the first two installments to see what transpired previously. This one was so very good! I did not want to put Dellis and John's story down. I never knew what happened in the following scenes.

I give The Turncoat five plus stars and highly recommend it for those who love American Revolutionary War era novels.