Blog Tour and Giveaway: Across the Great Divide (The Clouds of War #1) by Michael L Ross 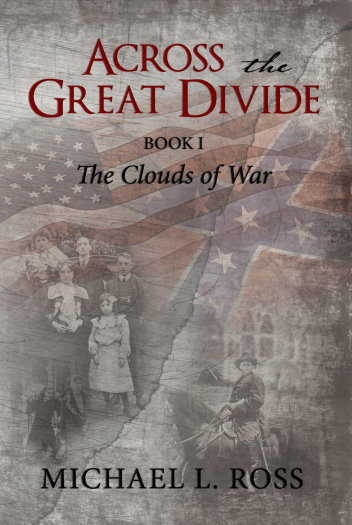 Across the Great Divide by Michael L. Ross

Lexington, Kentucky, 1859. After saving John Hunt Morgan from a puma attack, fifteen-year-old farm boy Will Crump joins Hunt’s militia, the Lexington Rifles. Morgan mentors Will and enrolls him in the local university, where he hopes to study law. As tensions rise between the North and South, Will is torn between his loyalty to Morgan and his love for his family. Will’s father, sisters, and sweetheart follow the Union, while Morgan and Will commit to the South. As part of Morgan’s band, Will participates in ambushes and unconventional warfare until his first real battle at Shiloh. He fights bravely, but increasingly questions what the war is accomplishing, and whether his devotion to honor has led him astray. And where is God in all this killing? Will’s sister Albinia, friend of the Clay family, becomes increasingly aware of the plight of the slaves. When she finds Luther, a slave she knows, trying to escape, she must decide between her conscience, and her friends. She becomes involved in the Underground Railroad, helping slaves to freedom – but will it cost her love and her freedom? Will’s other sister, Julia, is approaching spinster status and despairs of ever meeting a man who can give her more than life on a farm until she meets Hiram Johannsen, a son of immigrants who owns a steamship company. They marry and she makes a new life in the North. When Hiram answers the call to fight for the North, Julia runs the steamboat company in her husband’s absence and uses her boats to help Albinia ferry escaped slaves to freedom. Her business relations put her in the perfect position to spy for the North. When the Confederates capture her, will she survive? Luther is one of the first slaves Albinia helps flee the South after his master cruelly abuses his mother and sister. He escapes with his family, and when war breaks out, he fights for the North as an auxiliary of the Third Ohio Cavalry, alongside Julia’s husband, Hiram, and against Morgan and Will. Luther has to confront the demons of his past, an abusive master, and a slave catcher that kills his little sister. Will the desire for revenge destroy him? Throughout the war, Will is forced to examine and question everything he believes in—his faith in God, his love for his family, his loyalty to Morgan, and his worth as a human being. Will and his family must somehow mend the torn fabric of relationships to find peace, and reach Across the Great Divide.

"Ross’s gripping story follows a Kentucky family of modest means and the enslaved people they helped toward freedom. The depictions of slavery ring true, and the use of both historical and fictional characters fills out the probable feelings of people attaining liberty in the bloodiest of all our wars." -Daniel C. Snell, Ph.D., emeritus professor, University of Oklahoma, and scholar of the history of slavery
"Like a great roller coaster, Michael Ross’ debut novel goes up and down with personal crises and national conflict, but it also twists about unexpectedly from character to memorable character in a sprawling story of the Civil War. Will, an earnest young man whose faith and honor sometimes put him at odds with those he loves, is caught up in the struggles of a country grappling with its own destiny. The issues that compel and separate people in ‘neutral’ Kentucky as the war breaks out echo our own era. We, too, are caught in a great divide. If you love a good story pulled from history, and if you are person of faith, you will find it hard to put down “The Great Divide” until the last page." -Daniel A. Brown, PhD, Author of “Embracing Grace,” Pastor, International Speaker 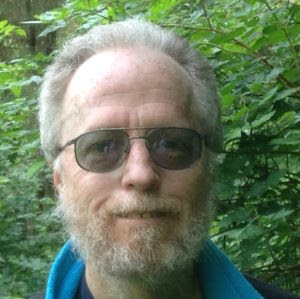 Michael Ross is a lover of history and great stories. He's a retired software engineer turned author, with three children and five grandchildren, living in Newton, Kansas with his wife of thirty-eight years. He was born in Lubbock, Texas, and still loves Texas. The main character of "Across the Great Divide", William Dorsey Crump, is one of the founders of Lubbock and Shallowater, Texas. Michael knew Will's granddaughter when he was a child. He has written a scholarly article on Will Crump for the Texas Historical Society, published in the Handbook of Texas Online, and has sold short stories in the past. This is his first novel and the first in the Across the Great Divide series. Michael attended Rice University as an undergraduate, and Portland State University for his graduate degree. He has degrees in computer science, software engineering, and German. In his spare time, Michael loves to go fishing, riding horses, and play with his grandchildren, who are currently all under six years old. He sees many parallels between the time of the Civil War and our divided nation of today. Sanctuary cities, immigration, arguments around the holiday table, threats of secession - all are nothing new. Sometimes, to understand the present, you have to look at the past- and reach Across the Great Divide.

During the Blog Tour, we are giving away a paperback copy of Across the Great Divide! To enter, please use the Gleam form below. Giveaway Rules – Giveaway ends at 11:59 pm EST on November 7th. You must be 18 or older to enter. – Paperback giveaway is open internationally. – Only one entry per household. – All giveaway entrants agree to be honest and not cheat the systems; any suspicion of fraud will be decided upon by blog/site owner and the sponsor, and entrants may be disqualified at our discretion. – The winner has 48 hours to claim prize or a new winner is chosen.
Across the Great Divide 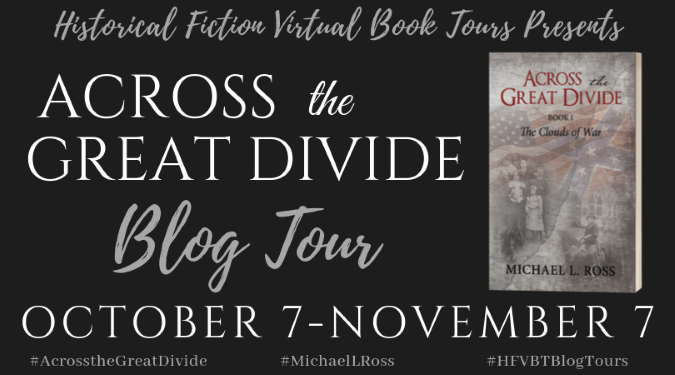 Across the Great Divide is the exciting start to Michael Ross's series, The Clouds of War. I thought the author did a fantastic job to portray the divisions during the American Civil War. I liked the inspiring themes he used that made me deeply think about those times.

I am giving Across the Great Divide a well deserved five plus stars. I am eagerly waiting for the second installment from The Clouds of War series to release. I highly recommend this one.