Blog Tour and Giveaway: Come the Eventide by Chris Riker 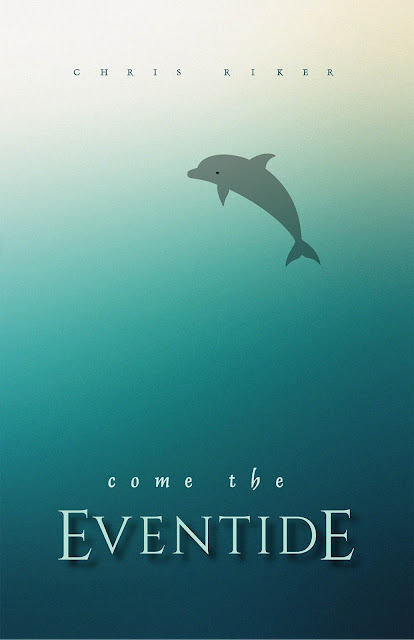 A century has passed since the fall of humanity changed the natural landscape. The oceans are poison, and a fraction of Earth’s magnificent creatures remain. The only surviving humans squabble over limited resources as they cling to a fragile peace. Yet in this bleak landscape hope lives on in Earth’s other intelligent life. It all begins when Septielle, a seven-armed octopod, has a vision of a world restored—a world she will not live to see. Inspired by her vision, a dolphin named Muriel shoulders her mission and enlists any humans who will listen—including Anadare, a young islander with an ax to grind against the oppressive ruling class of tourists turned bureaucrats. An invasion of cannibalistic pirates complicates things as they declare war on a world that rejects them.

As tensions rise to a crescendo, islanders, tourists, and pirates alike must put aside their differences to send Muriel on her greatest journey yet—beyond the sea, beyond form, beyond time itself.

In his first novel, Chris Riker conducts an opus in voce giocoso that grins at the inevitable, but reminds us of the heart that all life shares. 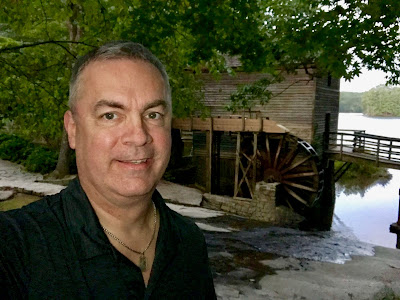 
Chris Riker is a writer, father, and journalist. He grew up in Rhode Island and now makes his home in Georgia with his wife, Ping. He has always loved books, from science-fiction and fantasy to historical novels and biographies. Building on a background in broadcast news, including a stint at CNN, he is now focused on telling stories with strong characters and moral resonance. His premiere effort blends a love for our beautiful Earth and her myriad life-forms with a sense of wonder at our shared purpose and fate.

If you could go back in time, where would you go?

I might go back to 1983, as Muriel the dolphin does in my book, ‘Come the Eventide.’ The book is in four parts. In part two, more than a century from now, Muriel battles dumb humans who are trying to party like the good times will never end, kind of like life in 1983 America. Muriel then decides to take on the world that led up to this mess: our world, so she does some time traveling. (Did I mention that dolphins are time-traveling psychics? It’s in the book.) She winds up in the actual 1983, stuck in an aquarium.
I drew memories of my college days. I was unaware of just how bad we humans were making things. I was focused on college, women, and beer. Muriel sets out to shake people out of their torpor. Things do not go as she planned. She gets caught up in a mad chase involving a Winnebago, 18 wheelers, and some pissed-off aquarium owners. Does she succeed? Read the book.
The thing to remember is that our ‘big chance’ doesn’t exist in the past. It’s right now. For someone, THIS is 1983 – that is, it’s the time of youth and possibilities. I’d love to see all of us look at his or her options this way. You’ll never be younger than you are right now! Think like a dolphin and make a plan. It’s amazing what you can do.

I hope my readers are optimistic. Yes, we have serious issues and there are no easy answers, but that’s no excuse for surrendering. Life is good.

Come the Eventide is the first book Chris Riker has released. I found this book to be interesting. It is set many years in the future, when humans have made a devastating impact on Earth. All living beings on the planet are finding ways to survive. The main characters of the book includes humans, octopods, and dolphins. They have to work together to help restore peace and humanity for the planet before it is too late. They find themselves in some danger when they go against pirates. Can all creatures be able to come together and work out a way to live with one another?

Mr Riker’s imagination of how he sees the Earth in the near future was fascinating. There are some twists in the story I did not see coming. It is hard to believe that this is how things would be and could be for all of mankind, environments and creatures as we know it now living on the planet. I have to admit, it does get a little overwhelming at times that made me have to reread a few pages to catch on what was going on.

I give Come the Eventide three and a half stars. I would recommend it for readers who are interested and / or passionate about climate change and seeing the possible side effects of what will the world look like in the future. I would be interested in seeing what the next book written by Chris Riker would be like.