Blog Tour and Giveaway: The Batter's Box by Andy Kutler 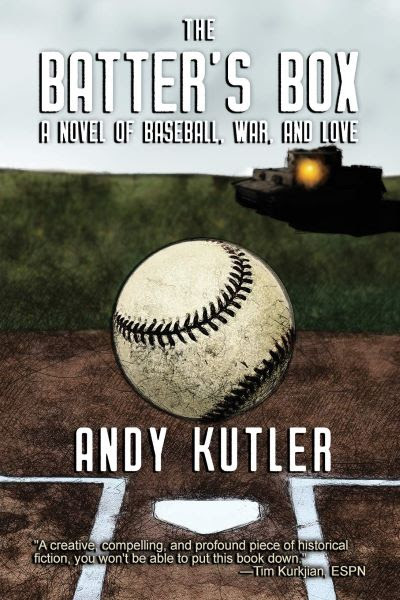 The Batter's Box by Andy Kutler

In 1946, a returning World War II veteran is determined to reclaim his place among professional baseball's upper echelon and win back the woman he once fell for. Two months into the new season, at the top of his game, he abandons his team, casting aside his fame and riches and vanishing forever from the public eye. What drives a man to walk away from everything he cherishes, never to be heard from again? The Batter's Box follows the path of Will Jamison, a star player with the Washington Senators who enlists in the U.S. Army following the Japanese attack on Pearl Harbor. When the war ends, Jamison returns to Washington, a decorated hero tormented by deep emotional scars. Burdened with a crushing guilt and harrowing memories he cannot escape, Jamison's life is consumed by an explosive temper, sleepless nights, and a gradual descent into alcoholism. Will he continue, alone with his anguish and misery? Or will he level with those around him, including the woman he loves, and seek the professional care he desperately needs, even at the risk of exposing his most closely guarded secrets?

"We remember World War II as 'the Good War, ' when right and wrong seemed so clear. We won, they lost, and our guys came home as heroes. But as gifted author Andy Kutler tells us in THE BATTER'S BOX, mortal combat is anything but good, heroism comes with a horrific price, and some of the most tragic wounds don't bleed -- and don't go away. If you want to know what really happened at Bastogne in the terrible winter of 1944, read this powerful, haunting book." -- Daniel P. Bolger, Lieutenant General, U.S. Army (Ret.), author of Our Year of War: Two Brothers, Vietnam, and a Nation Divided "Andy Kutler has the eyes and ears of combat soldiers and the heart of those who love them. The horror, courage, and camaraderie of battle rivals the grit of Once an Eagle, while the poignant authenticity of Will Jamison's struggles with his hidden wounds highlight that, for many, the impact of war lingers far past the last shots of battle. THE BATTER'S BOX is a superb work of historical fiction that carries important lessons for today." -- William E. Rapp, Major General, U.S. Army (Ret.), Former Commandant, U.S. Army War College, and Commandant of Cadets, U.S. Military Academy “The Batter's Box is a riveting read. It is a love story and a war story and a novel with far more truth than fiction. I’m a psychiatrist specializing in treating men and women with post-traumatic stress disorder. If you love someone with that invisible wound, read this book. If you are curious and concerned about the condition, read this book. Most survivors of profound trauma lack a language to convey their life stories because those stories include the unspeakable. When the hero of this compelling novel speaks, we listen, we learn and we are transformed. If you are currently struggling with the impact of major trauma, reading passages here may be disturbing and ‘triggering.’ But I believe it is worth the risk because this book affirms your reality and your dignity.” --Frank M. Ochberg, MD, Former Associate Director, National Institute of Mental Health "Historical fiction, if it reflects careful scholarship, is a powerful tool in the hands of a gifted writer, and can deepen our understanding of real events and people. Andy Kutler's THE BATTER’S BOX offers an impressive addition to World War II literature, bringing fresh attention to the adjustment struggle faced by so many returning war veterans. Kutler's depiction of one of the more heroic small-unit engagements in US Army history is both compelling and long overdue." -- Gordon H. "Nick" Mueller, President & CEO Emeritus, The National WWII Museum 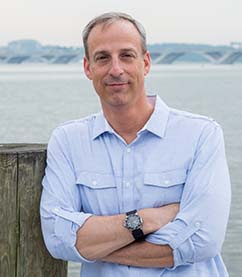 Andy Kutler is a writer living in Arlington, Virginia. His debut novel, The Other Side of Life, was awarded a Bronze Medal from the Independent Publishers Book Awards, and Honorable Mention from Foreword Reviews' INDIEFAB Awards. He has also authored a number of columns for the Huffington Post and the Milwaukee Journal Sentinel, and spent more than a quarter century in public service, including with the United States Senate and the United States Secret Service, and as a consultant in the national security community.

During the Blog Tour, we are giving away a paperback copy of The Batter's Box! To enter, please use the Gleam form below. Giveaway Rules – Giveaway ends at 11:59 pm EST on November 5th. You must be 18 or older to enter. – Paperback giveaway is open to the US only. – Only one entry per household. – All giveaway entrants agree to be honest and not cheat the systems; any suspicion of fraud will be decided upon by blog/site owner and the sponsor, and entrants may be disqualified at our discretion. – The winner has 48 hours to claim prize or a new winner is chosen. The Batter's Box 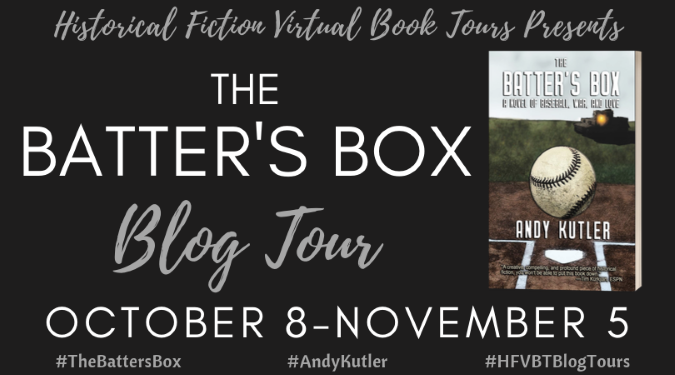 The Batter's Box: A Novel of Baseball, War, and Love is a pretty good read. I enjoyed reading about Will and following his life through the years. I found the writing to be unique and refreshing.

The Batter's Box: A Novel of Baseball, War, and Love gets four stars from me. I recommend it for readers who love baseball, historical fiction and World War II era novels. I would love to read more books by Andy Kutler in the future.