Blog Tour and Giveaway: The Tender Birds by Carole Giangrande 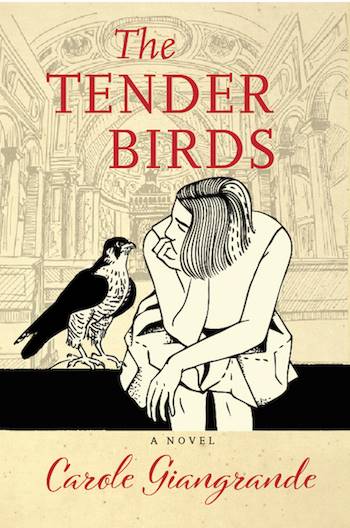 Book Title:  The Tender Birds by Carole Giangrande
Category:  Adult Fiction (18 +),  305 pages
Genre:  Literary Fiction
Publisher:  Inanna Publications
Release date:  October 2019
Content Rating:  PG-13 + M
(References to mature themes. The f-word and s**t are used about six times each. There are two non-explicit sex scenes (one is a reverie) and there is no physical violence.)

Matthew Reilly is a busy academic, a lonely priest haunted by secrets. Young Alison is the shy and devoted keeper of Daisy, a falcon which suffered an accident and can no longer fly. The three of them meet in a Boston parish, but Matt has forgotten a momentary but disturbing meetup with Alison, homeless eight years earlier in Toronto. Close to exhaustion, he's forced to reflect on what's become of his life, including the loss of a son that no one knew he'd fathered. Alison and Matt had a fateful encounter during her homeless period, but Matt doesn't connect that frail teenager with the healthy young woman she'd become. It's left to Alison to uncover Matt's past and for Matt to come to terms with it.

“…prose that absolutely shimmers. What’s more, her recapitulation of what is was like to watch 9/11 unfold on television is engrossing in its verisimilitude. DeLillo, Amis and Foer could learn a thing or two from her.” — Quill and Quire
“This is a softly unsettling book, effective in showcasing the confusion that follows such a personal yet public crisis.” — Publishers’ Weekly
“…a deftly crafted meditation on what happens in the aftermath of tragedies both public and private, calling into question the idea that time heals all wounds.” — Room Magazine
“Giangrande has written a thought-provoking story that will have your heart racing, bursting, and breaking. The story is thoughtful, slow-going, and emotional.  The prose is beautiful.  The characters are interesting, flawed, and realistic.  And the ways in which this book explores life and death through the pain of waiting and not knowing is superb.  I just loved this book so hard.  It was terrific!” — A Bookish Way of Life
“The wording is both elegant and poetic… the author, accomplished painting vivid images within my mind’s eye that will never be forgotten. Overall this book is unique, being unlike anything I have read before. Go get a copy! You will not be disappointed.” —Readaholic Zone 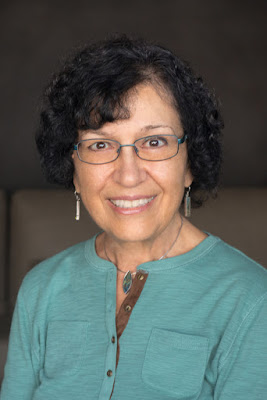 Carole Giangrande is the award-winning author of ten books, including the novella A Gardener on the Moon (winner of the 2010 Ken Klonsky Award) and the novel All That Is Solid Melts Into Air (2018 Independent Publishers Gold Medal for Literary Fiction). The Tender Birds is her fourth novel. She’s worked as a broadcast journalist for CBC Radio (Canada's public broadcaster), and her fiction, poetry, articles and reviews have appeared in literary journals and in Canada’s major newspapers. In her spare time, she loves exploring nature with her partner Brian, photographing birds and studying French.

Guest Post:
Building A Bird
They’ve got claws that can snatch a small bird in flight and a beak that can rip it to shreds. That’s the peregrine falcon, a bird of prey, the fastest bird on earth (flying at 390 kilometres or 200 miles per hour). A falcon’s also a character in my new novel, The Tender Birds. No worries about this raptor’s temperament; my Daisy is subdued for her breed. She crashed into a skyscraper on her maiden flight and could never fly again. Fostered by a veterinary technician (Alison), she ends up as an “educational bird,” displayed at community events. She flaps her wings a lot, but apart from one instinctive grab at a mouse cage, she doesn’t hunt.
So how do you create a character out of a bird? How do you get inside the head of such an alien species? And why would you?
My human characters were lonely people, in need of some unusual mediation to draw them into the world of relationships. This falcon was a good choice. “Peregrine” means pilgrim or wanderer, and that would also describe my human characters, fond of a solitary bird that can’t fly, a creature that’s a decent match for a few lost but good-hearted souls.
There are moments in the novel where we see the world from Daisy’s point of view. And I realized that I could only imagine it if I understood the simplicity of a falcon’s “inner life.” What would make a falcon content and happy? From my research (which included talking to a falconer online), I learned that raptors are not social creatures. They see the human arm is a branch and the attached hand as a conveyor of food. And there’s more.
Just check out those fierce talons gripping your (gloved) arm, and you’ll sense that they’re aware, that they’re looking at you, and that a very gentle stroking of their breast feathers should not become a habit. In their own limited way, raptors can establish a relationship, in which you’re there to provide food and other comforts for them to receive. Observe them carefully, and you’ll sense that they are as mysterious as any person. They inhabit a reality that we just can’t understand.
In the novel, Daisy’s keeper, Alison, thinks differently. She comes to feel that the falcon has a certain level of awareness and perception. That observation might tell us more about Alison as a character than it does about the wiring of Daisy’s brain. Yet abiding in wonder is one of the gifts that fiction gives to both writer and reader — and Daisy, a mysterious falcon, became for me an authenic character and a joy to create. I hope she’ll be the same for you, the reader.

Carole Giangrande has written a unique read with The Tender Birds. It is my first introduction to her work. It tells the story of a priest, Matthew, and a falcon keeper, Alison. The two meet in Boston at a parish. After many years that passed, He is still haunted by the events of September 11, 2001 and tells her about it. He was supposed to be on one of the planes that hit the World Trade Center. His son was not so lucky. He was among many that lost their life that day. After suffering a heart attack, he begins to see life in a different light. He gets flashback of previously meeting Alison several years earlier in Toronto. Alison, too, has her own heartache she needs to tell.

The writing style of The Tender Birds is quite a bit different than I am used to. It took me a few pages to get used to. It was refreshing to read something different. Alison was my favorite of the two main characters. She has been through a lot in her young life. I felt a connection to her and could understand some of the trauma she had experienced. There were some scenes that really tugged at my heart. I wanted to keep reading to find out her complete story and how it would all end for both her and Matthew.

I am giving The Tender Birds four stars. I believe many readers would enjoy this book. It is definitely worth a read.

I received this book the publisher. This review is 100% my own honest opinion.