Blog Tour and Giveaway: This Son of York by Anne Easter Smith 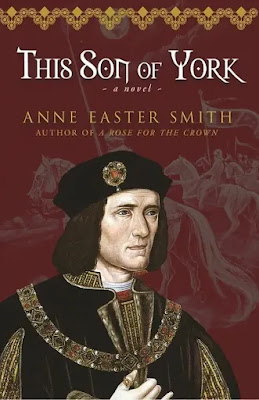 This Son of York by Anne Easter Smith

"Now is the winter of our discontent, Made glorious summer by This Son of York..." -- William Shakespeare, Richard III Richard III was Anne's muse for her first five books, but, finally, in This Son of York he becomes her protagonist. The story of this English king is one of history's most compelling, made even more fascinating through the discovery in 2012 of his bones buried under a car park in Leicester. This new portrait of England's most controversial king is meticulously researched and brings to vivid life the troubled, complex Richard of Gloucester, who ruled for two years over an England tired of war and civil strife. The loyal and dutiful youngest son of York, Richard lived most of his short life in the shadow of his brother, Edward IV, loyally supporting his sibling until the mantle of power was thrust unexpectedly on him. Some of his actions and motives were misunderstood by his enemies to have been a deliberate usurpation of the throne, but throughout his life, Richard never demonstrated any loftier ambitions than to honorably discharge his duty to his family and his country. In a gentler vein, despite the cruel onset of severe scoliosis in his teens, Richard did find love, first with a lover and then in his marriage to Anne Neville. Between these two devoted women in his life, he sired three and perhaps four children. Bringing the Plantagenet dynasty to a violent end, Richard was the last king of England to die in battle. This Son of York is a faithful chronicle of this much maligned man.

Anne is the award-winning author of The King's Grace and the best-selling A Rose for the Crown, Daughter of York, Queen By Right, and Royal Mistress. She is an expert on Richard III, having studied the king and his times for decades. Her sixth book, This Son of York, will be published soon. She grew up in England, Germany and Egypt, and has been a resident/citizen of the US since 1968. Anne was the Features Editor at a daily newspaper in northern New York State for ten years, and her writing has been published in several national magazines.

During the Blog Tour, we are giving away a copy of This Son of York by Anne Easter Smith! To enter, please use the Gleam form below. Giveaway Rules - Giveaway ends at 11:59 pm EST on November 14th. You must be 18 or older to enter. - Paperback giveaway is open to the US only. - Only one entry per household. - All giveaway entrants agree to be honest and not cheat the systems; any suspicion of fraud will be decided upon by blog/site owner and the sponsor, and entrants may be disqualified at our discretion. - The winner has 48 hours to claim prize or a new winner is chosen. This Son of York 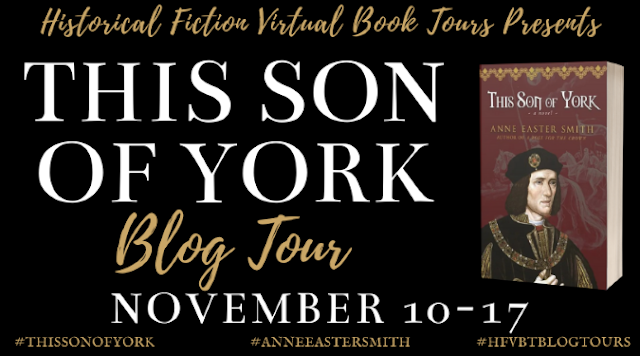 This Son of York is a fabulous book. I love to read anything about the Plantagenet dynasty and Anne Easter Smith does not disappoint. This book tells the life story of King Richard III, the last of the Plantagenet kings. I like how he is portrayed in this book. He was such a fascinating man from England’s history. I was intrigued with his life until the end.

I am giving This Son of York a very well deserved five plus stars. I highly recommend it for readers who love English History.