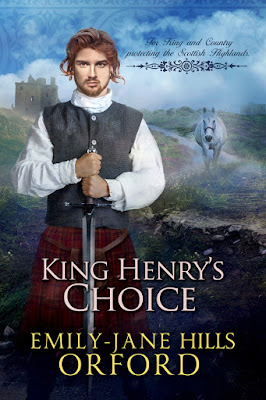 There are powers at play that continue to seek amalgamating Scotland to England – powers from the past and powers from the future. It’s the late 1800s and Queen Victoria wants more than mere access to the Scottish retreat at Balmoral Castle. But King Henry I of Scotland, direct descendent of Queen Mary Elizabeth I, the time traveling royal daughter of Mary Queen of Scots, is determined to keep Scotland free and independent and a powerful, progressive nation in its own right. The struggle to protect what is his by birthright becomes a battle that must be fought in the past, the present and the future and in other parts of the world. And, in the midst of each battle, there are choices to be made. Very difficult choices.

He took time to study it closely, holding it reverently in his hands. Robert the Bruce, King of Scotland, was a famous warrior in Scottish history, one of the first to successfully rout the English from their land and maintain his realm. His sword, the one Henry now held, was a symbol of his success as well as a symbol of the power of Scotland as an independent realm. Some even suggested it had such magnificent powers and the person who wielded the sword would be unstoppable, a force to be reckoned with no matter what weapons were used against him, past, present or future. It was an heroic sword. Forged of the strongest metals available in the fourteenth century, the sword was a marvel of both craftsmanship and artistry. The pommel was beautiful with the Cross of St. Andrew, patron saint of Scotland, emblazoned for all to see and for the bearer to feel the ethereal power of the saint, as he wrapped his hand firmly around the soft, black leather-bound grip held in place by a corded silver chain. The Lion of Scotland, plated in silver, marked the throat of the black leather scabbard with a rounded silver shoe at the scabbard’s tip. A wide belt, the leather hardened with age and sorely in need of some oil to soften it, remained attached ready and waiting for a warrior to lay claim to its powers. Was Henry the warrior of whom legend spoke?

Henry wrapped the belt around his waist, feeling a surge of energy and power as he did so. He slowly unsheathed the sword and held it high for the others to see. He ran a finger gingerly along its length, marveling the blade, unused for centuries, still sharp enough to do considerable damage. It even glistened in the flickering light from the fire in the hearth. The sword glistened with an electrical surge rippling from the tip to the pommel and sizzling along the king’s arm.

His eyes lit up. “I am ready. For Scotland. To defend my realm.”

Mary Elizabeth added the rallying battle cry of Scotland, the one she had initiated during her reign. “For now and forever.”

Henry, Edward and Cecil echoed her sentiments. “For now and forever.” 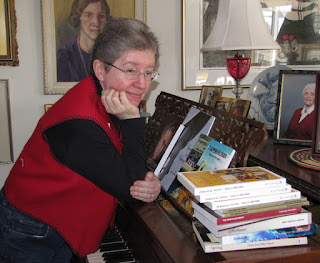 An avid gardener, artist, musician and writer, Emily-Jane Hills Orford has fond memories and lots of stories that evolved from a childhood growing up in a haunted Victorian mansion. Told she had a ‘vivid imagination’, the author used this talent to create stories in her head to pass tedious hours while sick, waiting in a doctor’s office, listening to a teacher drone on about something she already knew, or enduring the long, stuffy family car rides. The author lived her stories in her head, allowing her imagination to lead her into a different world, one of her own making. As the author grew up, these stories, imaginings and fantasies took to the written form and, over the years, she developed a reputation for telling a good story. Emily-Jane can now boast that she is an award-winning author of several books, including King Henry’s Choice (Clean Reads 2019), Mrs. Murray’s Ghost (Telltale Publishing 2018), Mrs. Murray’s Hidden Treasure (Telltale Publishing 2019), Queen Mary’s Daughter (Clean Reads 2018), Gerlinda (CFA 2016) which received an Honorable Mention in the 2016 Readers’ Favorite Book Awards, To Be a Duke (CFA 2014) which was named Finalist and Silver Medalist in the 2015 Next Generation Indie Book Awards and received an Honorable Mention in the 2015 Readers’ Favorite Book Awards and several other books. A retired teacher of music and creative writing, she writes about the extra-ordinary in life and the fantasies of dreams combined with memories. For more information on the author, check out her website at: http://emilyjanebooks.ca

Emily-Jane Hills Orford will be awarding a $10 Amazon or B/N GC to a randomly drawn winner via rafflecopter during the tour.

I had the pleasure of previously reading Emily-Jane Hills Orford’s Queen Mary's Daughter and loved it. So, I was excited to have the opportunity to read and review her latest book, King Henry’s Choice. I was not at all disappointed. I loved it. I had no problem reading it in one sitting. I just could not put it down.


I highly recommend King Henry’s Choice and am giving it a well deserved four and a half stars.