Two books in one (Kinda Sorta). Something Different. Essays from Dysfunctional Families is a fictional book which contains essays from ten different American residents. The book is written by fictional writer Dean K Brent. The book Literary Betrayal is a fiction written by Casey Bell, which tells the story of the aftermath of Dean writing the book Essays. Betrayal explores the possibility of what people might do if they discovered a bestseller written by a relative/friend is based on their life.

I was born and raised in a town in Indiana named Goshen. I have one brother and one sister, both younger than me. We grew up in a home that was very confusing. I did not understand at the time I was a child why my parents did what they did. They very well knew how to act like the best Hollywood actors, but were never professional actors. My father was a construction worker. He brought back pretty good dough. We were never needy. When he came home though he was tired, very tired and he spent not much time with us (his children). Every now and then he would take us to the park and sometimes to exciting places such as: zoos, museums, sporting games, and sometimes the theatre. My mother on the other hand worked part time as a seamstress. She was home more often and she would take us out more often than our father. The only thing that had me; that had all of us confused was there constant change in characters. After living with them for some time you just got used to the routine. On Friday and Saturday nights we were left home alone. At first, I wasn’t sure where my parents were going, but as soon as I reached an age where I could understand; it was clear. Not knowing exactly, but I knew it was a bar or club of the sorts. They came home drunk and sometimes high. 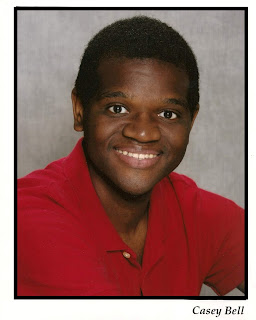 Proud Uncle Casey Bell has authored two Young Adult books, three General Fiction, three Non-Fiction, two Short-Stories, one Horror, one book of Poetries, five Children books, one book of collection of Art, and has produced four Word Search books. Twenty-two books in total, but has no intentions of slowing down. He enjoys sharing stories, ideas, and art that cause people to think beyond the box. Not only a writer, but also a playwright, graphic designer, fine artist, and fashion designer.