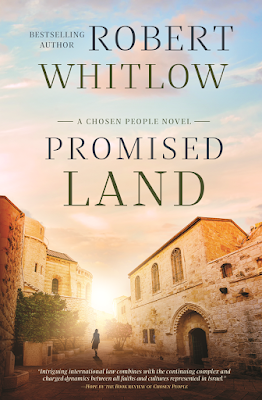 
With historical mysteries, religious intrigue, and political danger, Promised Land asks one momentous question: what if your calling puts you—and your family—in the crosshairs?

Despite their Israeli citizenship, Hana and Daud cannot safely return to their homeland because a dangerous terrorist ring is threatening Daud. Hana is perfectly fine remaining in the United States, working for a law firm in Atlanta, especially when she learns she’s pregnant. But Daud can’t shake the draw to return home to Israel, even if it makes him a walking target.

Hana is helping her boss plan a huge Middle East summit in Atlanta when Jakob Brodsky, her old friend and former co-litigator, asks for her help with a current case. His client is attempting to recover ancient artifacts stolen from his Jewish great-grandfather by a Soviet colonel at the end of World War II. Because the case crosses several national borders, he knows he needs Hana’s knowledge and skill to get to the bottom of what happened to these precious artifacts.

Meanwhile, Daud is called in to help a US intelligence agency extract a Ukrainian doctor from a dangerous situation in Egypt. While overseas, he can’t resist the call of Jerusalem and thus sets off a series of events that puts thousands of people in danger, including his wife and unborn child.

Bestselling author Robert Whitlow explores the meaning of family and home—and how faith forms the identity of both—in this breathtaking follow-up to Chosen People. 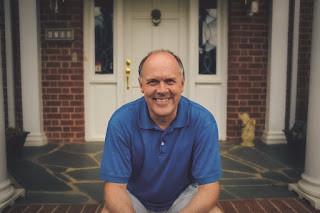 Robert Whitlow is the bestselling author of legal novels set in the South and winner of the Christy Award for Contemporary Fiction. He received his JD with honors from the University of Georgia School of Law where he served on the staff of the Georgia Law Review. Website: www.robertwhitlow.com; Twitter: @whitlowwriter; Facebook: robertwhitlowbooks

Click [Insert Excerpt Link Here] to read an excerpt of the book.


For Him and My Family, January 30


A Good Book and Cup of Tea, February 3


For the Love of Literature, February 4


By The Book, February 6

Robert Whitlow’s second installment from his Chosen People series, Promised Land was a great read. I enjoy reading this author’s work and I was not disappointed with this one. Since this is part of a series, I believe it would be best to read the first book, also, titled Chosen People, before beginning this one. I thought the book was far from predictable. While reading this, I never knew where the story was going to go until the next page. I felt like I was taking a thrilling ride around the world. The book was full of action and adventure that kept me on the edge of my seat. I would not expect any less from Mr Whitlock. He really knows how to keep his readers engaged.

Promised Land gets a very well deserved five plus stars from me. I hope there will be more in the Chosen People series. I highly recommend this one.