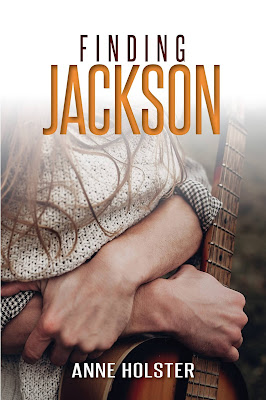 It's 1977 - Star Wars is breaking records at the box office, Bruce Springsteen's Born to Run tour is taking the country by storm, and born-and-bred Jersey girl Annalise Keller has fallen in love for the first and last time. Hot and charismatic with dreams of making it as a rock star, Keith "Ace" Foxx is everything a teenage girl dreams of. He falls as hard for Anna as she does for him and the two decide to run off to California in search of his big break. Fate has other plans though, and several years and three kids later, Ace has traded in his guitar for a job at the local post office and Anna has become a symbol of all he has given up. Ace spends most nights at the local bar, trying to drink away his anger and resentment.


Flash forward a decade, and their youngest child, Jackson, is headed nowhere fast. In a life filled with meaningless jobs and too much partying, music is his only true escape from the pain of a childhood that abruptly ended one rainy night. The accident had destroyed his family and left him with a slew of unanswered questions.


Everything changes the night Jackson meets Leah. Shy and reserved, she doesn't smoke and barely drinks; she certainly doesn't put out. Not exactly the girl from the Bon Jovi videos he watched as a kid. Yet, before he knows it, she has become his world.


Then, just when it looks like his dreams might come true, betrayal and loss once again threaten everything he holds dear. As Jackson struggles to keep his world from spinning out of control, he knows one thing for sure, the choices he makes now will either be the start of a whole new life, or it just might be the end of him.

You hear people talk about this feeling, that once-in-a-lifetime, struck-by-a-thunderbolt feeling; you know, like when two cartoon characters are staring at each other and their eyes look like two big hearts bugging out of their heads. You hear about it but never really believe it could happen in real life. That is until it happens to you and then it completely consumes you, leaving you exhausted and worn out from falling for someone so hard so fast. It’s a high that you never, ever want to come down from. I think they call it love at first sight and, well, that’s exactly how I felt when I saw him. I can’t even explain why I was so taken with him – he definitely wasn’t what you’d call “classically handsome” - I just knew I couldn’t take my eyes off him. 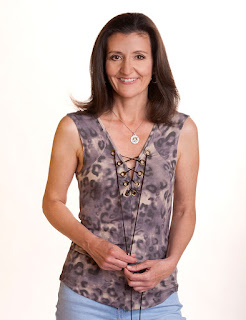 Anne Holster resides in Northern New Jersey with her husband and two children. When she's not writing she enjoys spending time with her family, playing tennis and reading angsty romance novels. She is currently working on her fourth book.