Review Tour and Giveaway: The Swan's Road by Garth Pettersen 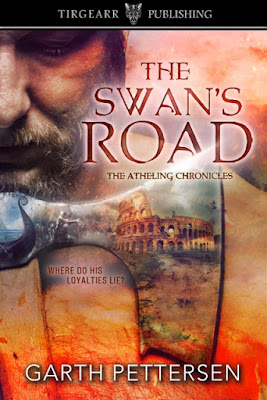 In the eleventh century, Cnute, the Viking king of England and Scandinavia, sails with his son Harald, and his shield brothers to Rome.


Thrown off course by a storm, they follow the route up the Rhine.


When Harald hangs back to assist Selia, a beautiful Frisian woman, his path turns perilous. New found enemies, retainers of Robert the Devil, Duke of Normandy, pursue them. Harald, Selia, and their companions fail to rendezvous with King Cnute and are forced to travel cross country on horseback. If Duke Robert's plan to assassinate Cnute succeeds, an invasion of England will follow. Can Harald and Selia reach Rome in time to warn the king?

The prow of our longship broke the waves, the salt spray stinging my eyes. My legs bent and my feet shifted naturally at the rise and fall of the sea. Always it was the same. When the unfurling sail caught the wind and the ship surged forward. Like when you put heels to horse and she runs. The same. My spirits rising. The sun glistening off the surface of the sea.

This was more to my liking than learning the ways of the realm, for surely my royal Danish blood was many parts seawater.

I turned and watched my father, King Cnute, standing with his back to the mast. At forty years, Cnute was past his prime now, though he still maintained the strength of his sword arm, and the force of his will could not be broken. With his red cloak wrapped around him and the bronze circlet on his brow, my father looked out toward the other longships, as if his gaze alone were enough to gather them in, to keep the wolf pack together. Four drakkars or longships, sixty men, and a string of horses, an adequate force for a raid, but a mere fighting band in a battle.

At that moment, he saw me watching him.

"Harald my son," he called. A broad smile lit up his face. I could tell the wind and waves had ripped the weight of kingship from him. "It's a fine day to be a Dane." He laughed in that way of his, tossing his head back so his long mane of gray-blonde hair blew in the wind.

I left the prow and walked the pitching deck to join him. 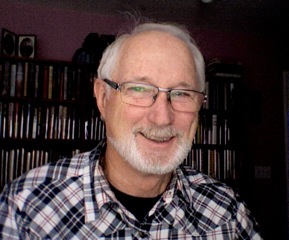 Garth Pettersen is a Canadian writer living in the Fraser Valley near Vancouver, BC. When he's not writing, he is riding horses or working with young disabled riders. Garth's short stories have appeared in a number of anthologies and in journals such as Blank Spaces, The Spadina Literary Review, and The Opening Line Literary 'Zine. His story River's Rising was awarded an Honourable Mention for the Short Story America 2017 Prize, and his fantasy novella River Born, was one of two runners-up for the Windsor Editions (UK) Short Fiction Prize. Garth Pettersen's historical fiction series, The Atheling Chronicles is being published by Tirgearr Publishing and books one and two are available at most online outlets (The Swan's Road and The Dane Law). Book three, The Cold Hearth, will be available for pre-order by February 2020.

Garth Pettersen will be awarding a $10 Amazon/BN GC to a randomly drawn winner via rafflecopter during the tour.


The Swan's Road is the second installment from Garth Pettersen’s exciting series, The Atheling Chronicles. I am becoming a huge fan of the time period in historical fiction. I think Mr Pettersen did a fantastic job bringing Cnute and Harald to life. The book is rich in historical details and love his vision of what it was like in that time.

I am giving The Swan’s Road a very well deserved five plus stars. I am looking forward to the other books in The Atheling Chronicles series. I am curious as to see where else this Harald will go. I highly recommend this book for readers who enjoy early English and western Europe history.