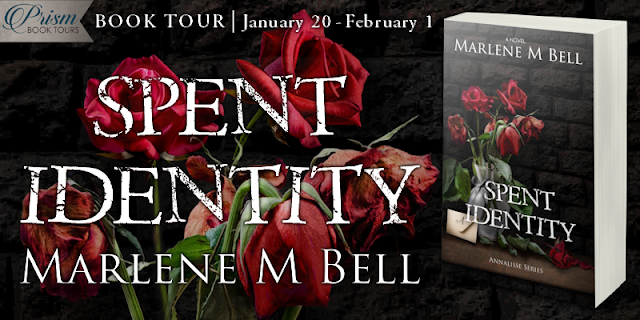 . . . A continuation from the first installment, Stolen Obsession, Annalisse not only addresses her failed relationship with Alec Zavos, she uncovers a betrayal that crushes her in Spent Identity. Grab a paperback or eBook and see if you can uncover the family secrets before she does. I dare you!

"This book has a “film noir” feel to it. It was a page-turning read that I found was difficult to put down at times. . . . The writer has a realistic, graphic and vivid writing style. So much so that I could see the action taking place as if I was watching a movie."

He broke into a dead run for the farmhouse, but as he sped up near the barn, a piss-awful smell hosed him. Pulling out his magazine, he covered his nose and mouth. Decay thickened the hot air. He opened the barn doors, gasped, and dropped to his knees.

“Bugger! Miss Walker’s horse is dead!” He checked the mare’s stall, but she was inside, alive, with her ears pinned back. “If it’s not Maggie, what—” He spun a quarter turn and stared at two human legs sticking out of the first stall.

Split rail fencing whizzed past Annalisse in a blur. Hundreds of stained boards melted into each other in her sprint to catch up to Ethan. He ran yards ahead in the long breezeway leading from the house to the big barn. Kate was breathing heavily behind Annalisse.

Closer to the barn, the air was heavy with the undeniable odor of advanced decomposition, a ripe chemical cocktail so powerful she had to stop to cough and cover her nose.

Who died in the barn?

". . . the plot picked up at a ferocious pace full of backstory and twists and turns that finally drew me in and had me absorbed. While in its grips, I made my own assumptions on how the book would end and boy was I wrong. I began to truly value Mrs. Bell writing and was wowed by the creative and cunning reveal at the end."

“Tell Helga not to fuss. I need to be around the horses… to think. I’ll grab a drink from Alec’s little fridge.”

Kate turned the Beamer into the bricked drive in front of Alec’s huge showplace horse barn with the silver horse jumping out of a big B on the header. Hardly a barn, but he liked to call it that. The magnificent thirty-stall breeding headquarters with office and tack area and an arena, all under one roof. The facility was opulent, full of hot-walkers, wash racks, birthing stalls, and the finest saddles money could buy. The dream to live with Alec and work beside him in his veterinary clinic had slipped from her grasp.

"Spent Identity was very well-written and planned out. I was impressed by the layers upon layers of plot used to keep the reader guessing. . . . The relationships between the characters felt very organic, and the sleuthing was professional enough to be convincing. Overall, Spent Identity was a pleasant and suspenseful read."

Helga’s giggles erupted from the kitchen.

“We shouldn’t do that to her. Did you see Helga’s mouth drop? We’ll give that poor woman the vapors.” Annalisse drawled out the last few words, fanning her cheeks, imitating a proper Southern lady. “It’s great seeing you so… unscripted. How’d you get away from the union bosses?”

Alec slid his belt from the loops and slipped off his tie, liberating the first few buttons of his simple dress shirt. Tall, in white broadcloth and thigh-hugging slacks, he was one of those guys who made everything he wore look good.

"I do love a good family-secrets mystery, and this didn’t disappoint in that regard!"

"This story is well written, dramatic, compelling and suspenseful, as well as beautifully descriptive. The setting, the atmospheric presence of place and time, is its own immersive character. All in all, it's a crazy thrill ride with numerous surprises that mystery fans will love!"

"What I can tell you for sure about this book is the wild ride I was taken on from the start. . . . I thoroughly enjoyed this novel. I liked the author's writing and will read more of her work so, I think that if your are already a fan of Ms. Bell's work you will definitely want to read this book and if she is a new to you author like she was to me, than you should pick up a copy."

He had cleared the end of the barn before she’d finished her sentence.

“Stay in my office,” he hollered over his shoulder in the strengthening wind.

Annalisse slid the Glock into the jacket she carried and wandered the length of the barn, taking more time inside each stall. Heaven forbid, Kate had collapsed in one of them. She found nothing but fresh shavings and a halter left behind by someone too hasty or lazy to put it back with the rest. She checked the office in case Alec returned and found she hadn’t listened to his instructions again.

"There is nonstop action, mystery and romance in Spent Identity.. The characters are well-portrayed, the scenes vividly defined and there are several unexpected 'twists'. . . it was very captivating and intense most of the time. . ."


I'm All About Books - Excerpt

Alec passed out of Goshen’s city limits, where the drive had switched from tight curves to a long straightaway. The thought of being with Annalisse once again urged him to increase his speed. Alec rounded a sharp corner and hit a low spot, invisible until the water hit the undercarriage. It splashed the passenger side, wetting his right shoulder and soaking him to the skin.

“Whoa!” He glanced right for half a second at his doused leather seat and carpet, then applied mushy brakes, pumping them harder to match the strength of his gritted teeth.

The Signorile shimmied at the rear and broke into a spin.

"I previously read and enjoyed the first book in the series, Stolen Obsession. I liked this story even more. The mystery and suspense was, also, filled with some twists and turns that kept me interested as to what would happen next."


Don't forget to enter the giveaway at the end of this post... 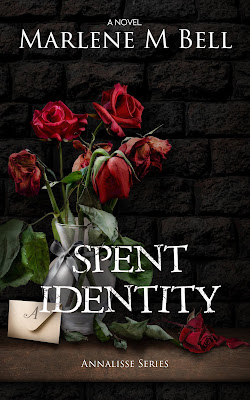 To find her missing aunt, she has to unearth the secrets of the past. But lies and deceit run through the very heart of their town….

What started out as a promising relationship with adventurer and tycoon Alec Zavos has fizzled into an uncertain future for antiquities expert Annalisse Drury. Returning to Walker Farm in Upstate New York to see her Aunt Kate should have been a welcome homecoming and distraction. Instead, she finds the childhood home she expected to inherit is for sale, without her permission. What’s worse, Kate’s ranch manager makes a gruesome discovery in the barn: the body of a man, dead by foul play.

Annalisse turns in Alec’s direction for help. She and her aunt shelter on his estate in the Catskills while the authorities canvass the scene. But when Kate herself disappears without a trace, Annalisse fears the worst: that one of the many secrets of her hometown has ensnared her family—a secret someone is willing to kill for to keep hidden.

"The story is welcoming and vibrant, and much of it is nuanced and warm. When Bell aims for fun adventure, she hits the bull's-eye." - Booklife Review

"...Bell keeps her well-paced story moving. Her use of dialogue to drive the narrative is excellent and she sticks the twist ending nicely, one of the harder tricks to pull off in this genre. Her characters are vivid and spot-on..." - IndieReader Review

"Ambitiously written, Spent Identity has lots of action, a solid narrative, and engaging dialogue that give it substance, while the theme of betrayal cuts a wide swath. Enhanced with a cast of well-balanced and wide-ranging characters, Spent Identity acts as more than a run of the mill mystery, with engaging and relatable family relationships woven into the mains storyline. Suspenseful and well-crafted, Spent Identity is a consistently entertaining read." Self-Publishing Review 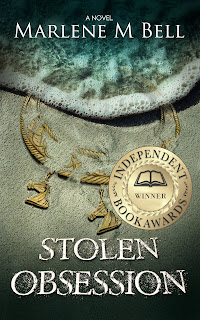 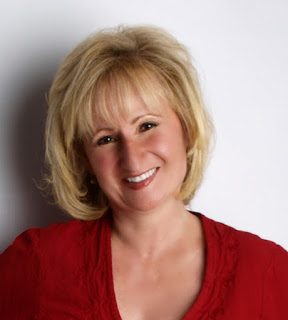 Marlene M. Bell is an award-winning writer and acclaimed artist as well as a photographer. Her sheep landscapes grace the covers of Sheep!, The Shepherd, Ranch & Rural Living, and Sheep Industry News, to name a few. Her catalog venture, Ewephoric, began in 1985 out of her desire to locate personalized sheep stationery. She rarely found sheep products through catalogs and set out to design them herself. Marlene and her husband, Gregg, reside in beautiful East Texas on a wooded ranch with their dreadfully spoiled horned Dorset sheep, a large Maremma guard dog named Tia, along with Hollywood, Leo, and Squeaks, the cats that believe they rule the household—and do. 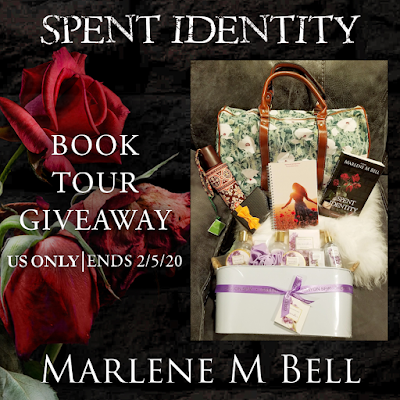