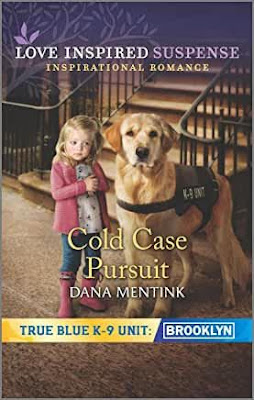 A cold case solved by the K-9 unit…

but the past is not so easily escaped.

Decades after her parents’ murders, Penelope McGregor’s grateful the killer’s finally been identified—until he comes after her. Now Detective Tyler Walker and his K-9 partner, Dusty, must protect Penelope and catch the culprit…while making sure his little girl stays out of the crosshairs. But can the single father outplay a killer whose endgame will leave no one safe? 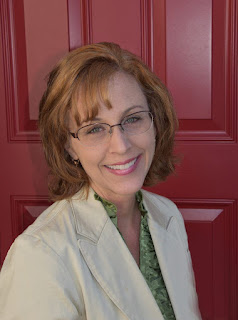 Dana Mentink is a two time American Christian Fiction Writers Carol Award winner, a Romantic Times Reviewer’s Choice Award and a Holt Medallion winner. She is a national bestselling author of over forty titles in the suspense and lighthearted romance genres. She is pleased to write for Harlequin’s Love Inspired Suspense, Poisoned Pen Press, and Harvest House. Besides writing, she busies herself puttering around her Northern California backyard. Mostly, she loves to be home with Papa Bear, teen bear cubs affectionately nicknamed Yogi and Boo Boo, Junie, the  nutty terrier, and a chubby box turtle. You can connect with Dana via her website at danamentink.com, on Facebook, YouTube (Author Dana Mentink) and Instagram (dana_mentink.)

I love book covers with adorable children on them, don’t you? There’s something so angelic about those wee folks on the covers. I have two bear cubs myself, young adults now, and I love them devotedly. Tell you what though. Sometimes, just occasionally mind you, they were a wee bit naughty. Don’t tell anyone, but one reason I enjoyed writing Cold Case Pursuit so much is that hero Tyler is the single dad of a little girl named Rain who is….er…a handful. Sure, she’s adorable, but she’s prone to disobedience and the occasional tendency to flush things down the toilet. So in addition to the edge of your seat pursuit of a murderous clown killer, there are the shenanigans of a precocious preschooler, a highly trained yet distractible police K-9, and a romance that doesn’t exactly run smoothly. Fun to write? You betcha! I hope you enjoy coming along with me on this True Blue adventure!

Through the Fire Blogs, January 20

Because I said so — and other adventures in Parenting, January 20

For the Love of Literature, January 22

Labor Not in Vain, January 25

For Him and My Family, January 29

To Everything There Is A Season, January 30

She Lives To Read, January 31 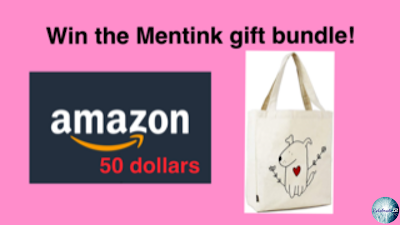 To celebrate her tour, Dana is giving away the grand prize of a Mentink giveaway bundle, including a $50 Amazon gift card and a tote bag!!

Cold Case Pursuit is part of True Blue K-9 Unit: Brooklyn series by various authors. It is, also, another fabulous read by Dana Mention. I think this one is one of my favorites I have read by her to date. It is a quick read but still full of suspense and mystery. I did not find the story to be predictable and never knew what would happen next. I, also, love the addition of the sweet pup, Dusty, and Tyler's precious little girl. Their scenes with Penelope was another bonus. So very good.

I am giving Cold Case Pursuit a very well deserved five plus stars. I highly recommend for readers who enjoy reading clean suspense. I would love to read the other books from the True Blue K-9 Unit series.

I received Cold Case Pursuit from the publisher. This review is one hundred percent my own honest opinion.