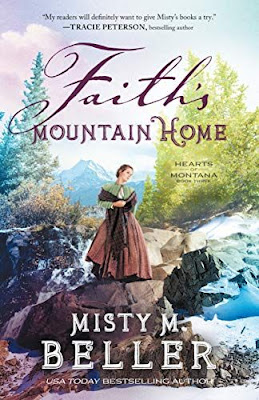 Nate Long has always watched over his identical twin brother, Aaron, even when it put him on the wrong side of the law. When Aaron is wounded in a shootout, the brothers are taken to Settler’s Fort to recover. As Nate works to make reparations for their past, he marvels at the nursing Aaron receives under the care of a woman with all the reason in the world to resent him.

Laura Hannon knows what it is to start over, and she knows Nate’s newfound faith is real. What she can’t look past is how far he allowed himself to be led astray by his brother’s weaknesses.

As a fledgling trust grows between Nate and Laura, they stumble upon a mysterious cave in the mountains that may not be as uninhabited as it seems.

As they work together for a common cause, will the new lives they seek for themselves include love, or is there too much that stands between them? 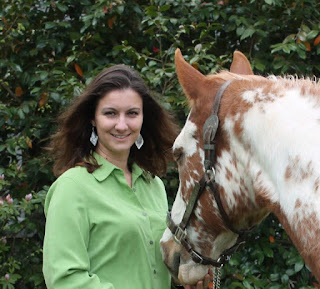 Misty M. Beller is a USA Today bestselling author of romantic mountain stories, set on the 1800s frontier and woven with the truth of God’s love.

She was raised on a farm in South Carolina, so her Southern roots run deep. Growing up, her family was close, and they continue to keep that priority today. Her husband and children now add another dimension to her life, keeping her both grounded and crazy.

God has placed a desire in Misty’s heart to combine her love for Christian fiction and the simpler ranch life, writing historical novels that display God’s abundant love through the twists and turns in the lives of her characters. 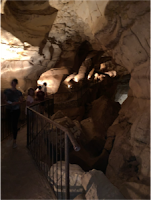 Who doesn’t love a good cave?

Well, maybe not everyone, but I have to confess, I love exploring!

While there aren’t many caves near my South Carolina home, I’ve always loved the idea of finding an opening hidden in the rocks. Then venturing in and finding a huge cavern filled with stalactites and stalagmites and a host of other beauties I can’t pronounce! 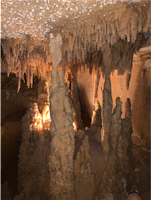 And dark tunnels? As long as I have a light and a string to unravel as I go so I can get back out, I’m game!

Unfortunately, I’ve never found a large cave in real life that had never been explored, but in Faith’s Mountain Home, Nate and Laura found exactly that! Although…turns out, it had been discovered by someone already. I won’t give you (too many) spoilers, but let me just tell you there’s a precocious Native American girl involved, and a few other things not so delightful. 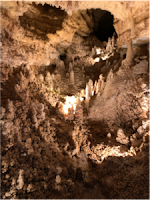 The good news is, you can enjoy the story without actually entering the pitch black cavern!

Last summer, I had the opportunity to tour a cave with many features like Nate and Laura discovered in their hidden cave. The Caverns of Sonora in Sonora, Texas was a fantastic experience! As you can imagine, it’s hard to get good pictures in solid darkness, but here are a few of the amazing formations still growing in those two miles of underground tunnels.

Through the Fire Blogs, January 30

Adventures of a Travelers Wife, February 2

For Him and My Family, February 3

To Everything There Is A Season, February 4

For the Love of Literature, February 6

She Lives To Read, February 8 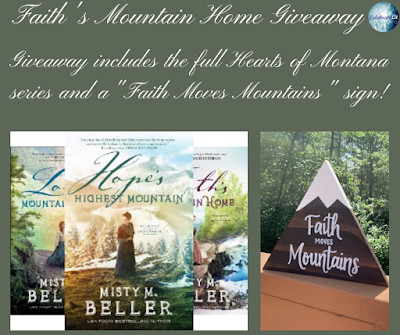 To celebrate her tour, Misty is giving away the grand prize package of the entire Hearts of Montana series, plus a “Faith Moves Mountain” sign!! (See Here: https://etsy.me/2JjZAVV)

I love Misty M Beller’s writing and adore her Hearts of Montana series. I was excited to find out that the third installment from the series was releasing. It was an honor to have the opportunity to read Faith's Mountain Home and was far from being disappointed. Even though it is part of a series, I believe it can be read as a stand alone. I enjoyed reading Nate and Laura’s story. I was not sure about Laura at first but she quickly grew on me as I saw how much she had grown throughout the book. This was a wonderful, faith filled and inspirational tale. I loved it.

I am giving Faith's Mountain Home a very well deserved five plus stars. I highly recommend it for readers who enjoy reading clean historical romance.

I received Faith's Mountain Home from the publisher. This review is one hundred percent my own honest opinion.