Blog Tour and Giveaway: Crown of the Warrior King by Henry O Arnold 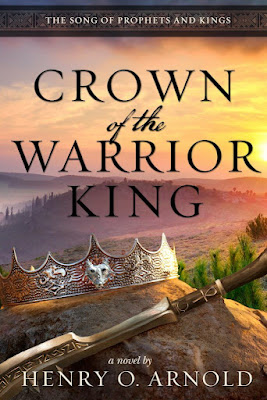 Book: Crown of the Warrior King

The desire of Israel…

the first to wear the crown is the warrior king

For decades the nation of Israel had no rest from her enemies. The people cried out, “Give us a king to lead us, to go out before us, to fight our battles.” And Yahweh hears the cries of the chosen. He plucks a king out of the tribe of Benjamin, the smallest of the tribes—Saul, son of a herdsman. The prophet Samuel anoints him as Israel’s first warrior king.

Under the banner of the wolf, the symbol of his tribe, Saul rises to prominence, winning the hearts and minds of the people of Israel with his success on the battlefield and benevolent leadership.

But when the nation of Israel cries out, “For the love of Israel. For the glory of Yahweh. For the honor of the king,” the praises of the people turn the humble heart of the warrior king into one filled with pride—a pride that has fatal consequences.

In this tale of triumph and tribulation, deepest love and burning rivalries, the new epoch is given a voice…and it is a Song of Prophets and Kings. 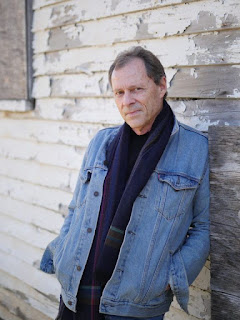 Henry O. Arnold has co-authored a work of fiction, Hometown Favorite, with Bill Barton, and nonfiction, KABUL24, with Ben Pearson. He also co-wrote and produced with Steve Taylor (director) and Ben Pearson the film The Second Chance starring Michael W. Smith, the screenplay for the authorized film documentary on evangelist Billy Graham, God’s Ambassador, and the documentary film KABUL24, based on the book which is the story of western and Afghani hostages held captive by the Taliban for 105 days. He lives on a farm in Tennessee with his lovely wife Kay. They have two beautiful daughters married to two handsome men with three above-average grandchildren. For more information please visit: www.henryoarnold.com

After the golden age of theatre in the Greek and Roman times, the theatre went dark, very dark as in Dark Ages, and for centuries it was thus. But it was the church that brought the theatre back to life by staging passion plays on biblical subjects. Since most people could not read at the time, it was a great way to tell the folks some Bible stories. The world has certainly improved its literacy skills since then. The delight I have in reading and writing stories from the Bible or on biblical themes has been with me for a long time.

When I formulated the concept of retelling the stories of the first three kings of Israel and matching them with the leading prophets of that age, the title of the series, The Song of Prophets and Kings, was a perfect match for the biblical/historical fiction genre. The first volume in this series, A Voice Within the Flame, was released last year and features the life of the prophet Samuel up to and including the anointing and coronation of Saul as the first king of Israel. Now it is time for the second volume, Crown of the Warrior King. This second novel picks up where the last one left off.

Whether the reader or listener is familiar with the biblical stories or not, I have written these novels in such a way that makes these ancient stories come to life in the modern world. When the reader/listener dives into stories that are 3,000 years old, it will be surprising how we all can see ourselves in these characters.

These are biblical stories that I grew up with and have read and studied all my life. It is a joy to get to share them with you in this series, The Song of Prophets and Kings.

Cats in the cradle blog, January 25 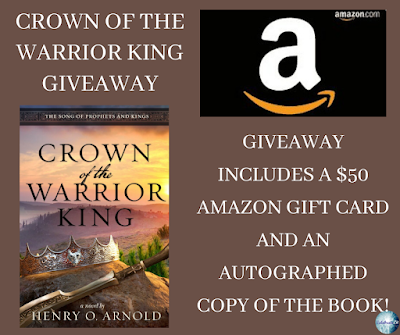 To celebrate his tour, Henry is giving away the grand prize package of a signed copy of the book and a $50 Amazon gift card!!

Crown of the Warrior King is the second installment from Henry O. Arnold’s The Song of Prophets and Kings series. I thought it was a good follow up from the first book, A Voice within the Flame. I loved how he used vivid details to make me feel as though I was right there. It was as if I was transported back in time. Such a beautiful story of faith and inspiration.

Crown of the Warrior King is getting four and a half stars from me. I am hoping there will be a third addition to The Song of Prophets and Kings series. I am curious as to where the author’s imagination will take this series to next. I recommend this one for readers who enjoy clean historical and Biblical fiction.

I received a paperback copy of Crown of the Warrior King from the publisher, but was not required to write a positive review. This review is one hundred percent my own honest opinion.