Blurb Blitz and Giveaway: In Plain Sight by Alison Packard 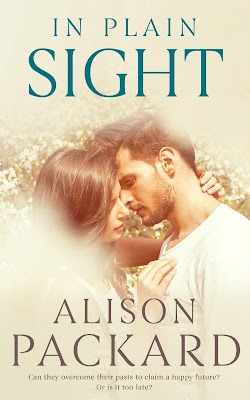 Romance writer Maya Lange is stuck in the small town of Two Forks, Wyoming. It’s not the happily ever after she wanted for herself, but neither was dating a man who runs a criminal enterprise or witnessing a murder. Now she’s in witness protection, with a new name she hates and a permanent mistrust of men. That doesn’t keep the sparks from flying with her neighbor, Josh Madsen, though she suspects he’s hiding secrets of his own. She’s right to be wary. Josh is actually Jace Reed, a former undercover NYPD officer hiding from the mob. Jace knows his beautiful and mysterious new neighbor isn’t who she seems. Is she there to spy on him or to kill him? All he knows for sure is that she’s tempting him to do things he hasn’t thought about in years. How can either of them learn to trust when surrounded by so many secrets?

Former bull rider Ryan McCallister has returned to Two Forks with one goal in mind: to win back his childhood sweetheart, local bakery owner Katie Crawford. Ryan left eight years earlier for all the right reasons, but Katie doesn’t know that. All she knows is that he broke her heart. Can she trust him enough to take a second chance on love?

As Katie befriends Maya, and Jace works with Ryan on his ranch, their lives become entwined in ways none of them ever expected. Will their shattered pasts destroy the hopes any of them might have for a happy future? The truth is hiding in plain sight.

“You just move in?” he called out, lowering the drill to his side. The move made him look like a gunslinger, albeit a modern-day one without a shirt.

“Yes,” she said, her mouth dry for no good reason. Okay, maybe the reason was the way his broad chest tapered down like a vee to lean waist. His jeans were faded, and rode low on his hips. Yeah, that was probably why her mouth was dry, and another part of her anatomy wouldn’t be if she stared at him for much longer.

“You need any help?”

“No. I’m good.” She wished she could see his face more clearly. If his face was half as impressive as his body, she might need to jump into the lake to cool off. “But thanks for asking.”

“You’re welcome. If you need anything, let me know.”

“I’m Sara.” She wished the feds had given her any other name besides the name of her high school nemesis. The horrible girl made her life miserable for four straight years, and while it wasn’t rational, she’d hated the name ever since. “How long have you lived here?”

“And you’re still here?” she asked. Why would a gorgeous specimen live in such isolation? Unless he wasn’t alone. A man that hot most likely had someone in his life.

“It’s not so bad,” he said after a few seconds. He lifted the drill. “I’d better get back to this before the sun goes down. Let me know if you need anything.” He turned back to the railing and powered on the drill.

A bit disappointed their conversation was over, Maya’s gaze lingered on his muscular back. Maybe Two Forks might not be as dull as she’d initially thought. But then, a man was the reason she was living smack dab in the middle of the country, in a town with only one main street and no Starbucks. She turned on her heel, walked back to the deck and into the house. It would be a cold day in hell before she ever trusted another man. No matter how damn hot he was. 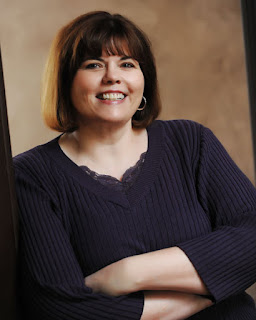 Originally from the San Francisco Bay Area, Alison now lives in the Southwest with her adorable rescue dog, Bailey. She writes heartwarming contemporary romance with a dash of spice and loves chocolate, reading, and taking Bailey for walks at their favorite park.

Alison Packard will be awarding a $10 Amazon or Barnes and Noble GC to a randomly drawn winner via rafflecopter during the tour.