Blog Tour and Giveaway: Tickling the Bear: How to Stay Safe in the Universe by David Wann 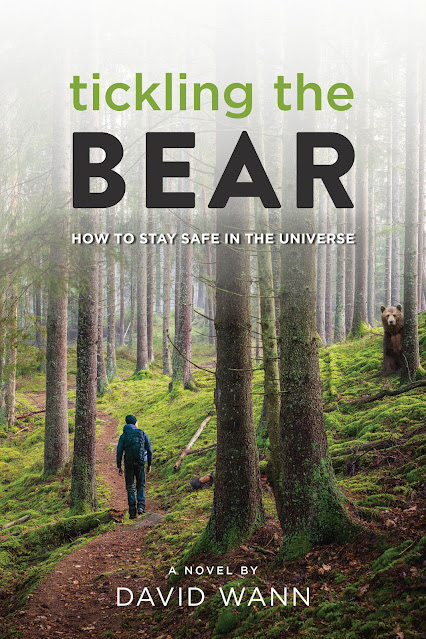 Book Title:  Tickling the Bear: How to Stay Safe in the Universe by David Wann
Category:  Adult Fiction 18+, 279 pages
Genre:  Literary Fiction
Publisher:  Chokecherry Press, Golden, Colorado
Release date:   May 2021
Content Rating:  PG13 + M: There's no offensive material but there is a tasteful, semi-comic sex scene and scene in which characters experience MDMA, a mild hallucinogenic. ​
Book Description:
​​
​Anthropology professor Marc Blake is on a “hero’s journey.” His challenge is to overcome a troubling medical diagnosis –a virus from a tick bite. Along the way he shares his deepest thoughts as the reader follows his courageous efforts to survive. May, an attractive Danish woman, also endures setbacks with resilience, gradually coming center stage in the story. Her husband Kai has a passion for growing herbs and healthy vegetables, marveling how gardening provides a sense of purpose, good health, direct contact with nature, and companionship. Marc’s niece, a natural beauty and ex-model, offers readers a comical, on-again, off-again romantic episode with a Silicon Valley genius she fears might outshine her. Will she prove to be his equal?

Quirky humor injects both lightness and conflict into a 30-year marriage. A six-year old’s “best summer ever” is a reminder that life’s an absolute miracle. Collectively this extended family contests a widespread belief that life is happening to us - that we are passive consumers. On the contrary, each character in this upbeat book is actively self-guided, perfecting their passions and offering generous support to family and friends.

​Though author David Wann has previously written non-fiction books about sensible, sustainable lifestyles, in his first-novel these themes are woven right into a compelling story. “Our lives don’t look much different than most Americans,” the characters might say. “Really, we are not ‘doing without,’ more like doing within.” Kai enjoys investing in regional businesses, and also loves to travel effortlessly on Denver’s bike paths. Meatless Mondays or grilled-salmon Sundays are a great way for the outgoing May to bring friends together for active conversation. Each character would insist that kindness and gratitude are encoded in our genes and are far more powerful than anger. In a world that’s currently so full of disruption and confusion, they offer both a sense of direction and grounded hope.
Buy the Book:
Boulder Book Store
​Amazon ~ B&N ~ BAM ~ IndieBound
add to goodreads 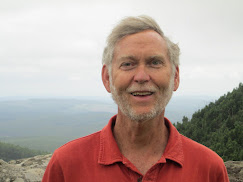 David Wann has been a self-acknowledged author since second grade. He's written hundreds of articles and columns; ten books - one a best seller; and produced five TV documentaries viewed by 20 million. He's lived in a cooperative neighborhood (cohousing) for 26 years where he has been the organic gardener for 27 households. He's an amateur musician and the proud father of two. His greatest ambition is to make a difference in a world that urgently requires "all hands on deck." His books include Affluenza; Biologic; Superbia; Simple Prosperity; The Zen of Gardening; The New Normal, Reinventing Community and others.

It’s been a challenging few years for all of us, and in the midst of it all you were writing your first novel. After a slew of non-fiction books on sustainability, why did you switch to fiction?

One motivation was selfish- after years of fact-finding and reporting about more sensible ways of living, I wanted to have some fun and maybe produce a few more “smiles per hour” at my writing desk.

A bigger motivation was the potential of fiction to create change. Facts alone will never change the world but authentic emotions, compelling stories and strong role models can. I wanted to paint credible characters whose lives center on qualities like trust, generosity, and moderation. They are successful in an unselfish way. A shift in their values has given them a new identity, a new sense of pride. Their lifestyle is not about what they give up but what they get: a more purposeful, less stressful life. In a sense, they are messengers from the future.

Of course, writing a novel wasn’t as easy as I had imagined. Procrastination can be very seductive- especially if there’s a well-loved, one-acre garden out back or a guitar leaning against the wall. But you know what? As my characters evolved and got to know each other, they charmed me with their authenticity, their determination, their hit-and-miss romances, and even their acts of extreme bravery. They empowered me to write the best story I could.

You’ve said that your story takes place in 2017 BC – Before Covid. How would your characters have done in quarantine?  Did they remain productive, and upbeat?

Absolutely, that’s why they live in my book!  These inter-connected characters are passionate about nature, relationships, art, and craft. They want to experience life, not just watch it, or try to buy it. One is a professor of Futures Studies – he definitely would have continued his fascinating research online. Another is a Japanese herbalist whose greenhouse full of herbs needs his daily attention, which gives this sensei a sense of purpose. A third character and his wife operate an organic farm in Northern California and are very rooted to their beautiful, pastoral place. These are self-directed people who aren’t waiting for anyone’s approval. Rather than deadlines and dying species, they prefer to focus on lifelines and living wealth. They would have finessed quarantine like skillful sailors.

One of the characters, Marc Blake, has a potentially fatal disease, and mortality is certainly on his mind, right?

Yes, he has a serious disease from an insect bite he got in Borneo. Although the prognosis is not a happy one, the book explores year of his life and how he deals how he deals with this huge challenge. He’s confident that his financial bank accounts are solid, but at this existential moment, he realizes that his relationship bank accounts are far more important.

Without giving away any of the book’s plot, where does he find his greatest source of strength?

His family and friends, and his desire to make a difference in the world. Somehow he keeps his sense of humor and comes to realize that he’s “Safe in the Universe, whether he’s alive or dead.” So why waste whatever time he has, living in fear?

So that’s where the book’s subtitle comes from. And what about the book’s title- Tickling the Bear? What’s the significance of that?

That comes from a recurring dream Marc had in his early years. By facing and finessing a monstrous bear in a lucid dream, he begins to win an inner battle against fear and hesitation: It’s easy, you just have to tickle the bear and send him on his way. So that is certainly part of his strategy in dealing with his illness.

What would you like people to take away from reading Tickling the Bear?

I hope readers will enjoy the playfulness in the book’s many vignettes and subplots. Life can be light-hearted even in challenging times. I hope readers relate with my commentaries about life in America, and how we need to wake up from this American dream, quickly. And maybe they’ll take away a heartfelt reminder that the REAL wealth of life is about our connections - with each other, with traditions, culture and nature. Real things.

Tickling the Bear wasn’t written as an “escape book” to be wolfed down like a slice of pizza and then be immediately forgotten. It’s more like a lively, energizing visit with friends to be savored and hopefully, even thought about later. In my dreams, readers will laugh out loud, cry on the sly, and ponder themselves silly.

Enter the Giveaway:
Tickling the Bear: How to Stay Safe in the Universe Book Tour Giveaway

My Review:
Tickling the Bear: How to Stay Safe in the Universe is an interesting read by David Wann. It is the first book I have had the pleasure reading by this author. I did enjoy reading it. I found it to be encouraging, uplifting, educational, full of hope and thought provoking. It had a lot of inspiration with some great life lessons that so many of us can learn from. At times, the scenes were a little slower than I like but it quickly picked back up again. It was interesting to get a glimpse at the world with a whole new perspective, but it seemed to get a little more political than I would want to read in a novel. I did like that there were some light humor sprinkled throughout. Overall, I thought it was a good read, with interesting characters and engaging journey. I am glad I had the chance to have the opportunity to read it.
I am giving Tickling the Bear: How to Stay Safe in the Universe three and a half stars. I know many readers will want to pick it up and give it a try. I thought it is definitely worth a read. I would be interested in reading more like this one by David Wann in the future.
I received a paperback copy of Tickling the Bear: How to Stay Safe in the Universe from the publisher, but was not required to write a positive review. This review is one hundred percent my own honest opinion.
Posted by Amybooksy at 1:00 AM