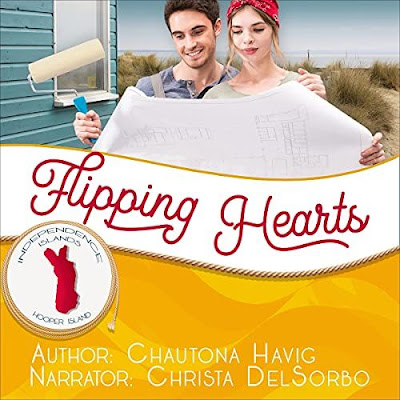 When a hurricane rips through Hooper Island, a tidal wave of TV crews follows and upsets the locals.

Brooks Crawforth agreed to volunteer crews helping to clean up and repair things on the island, not a whole home and garden series on the total renovation of several houses and a bit of cleanup on the side. He’s furious, and the show host is spitting nails at the person who blew it in the first place.

His and his father’s jobs are in jeopardy, the islanders are about to kill him, and that crazy show host blames him for her assistant’s last-minute, “you’ve-got-to-sign-this-now-or-we-can’t-come” contract.

One more thing. Did she have to be so cute?

He’s got even more trouble, though. Islanders are starting to blame Mallory Barrows for the invasion. Not only that, there are rumors of dismantling the association and allowing tourism on the islands. How’s he supposed to fix this mess?

They can’t stand each other, but if they can manage to flip off the enemy switch and flip on some cooperation, maybe their hearts’ll get flipped, too.

This “enemies to romance” novel introduces the next island in the Independence Islands Series featuring five islands, six authors, and a boatload of happily-ever-afters. 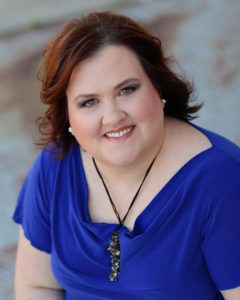 Using story to connect readers with the Master Storyteller.

Chautona Havig lives in an oxymoron, escapes into imaginary worlds that look startlingly similar to ours, and writes the stories that emerge. An irrepressible optimist, Chautona sees everything through a kaleidoscope of It’s a Wonderful Life sprinkled with fairy tales. Find her at chautona.com and say howdy—if you can remember how to spell her name. 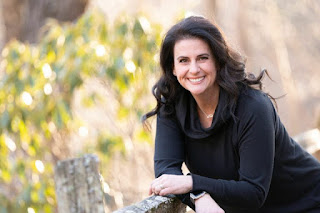 Queen of the one-eyebrow quirk, Christa DelSorbo auditioned for the role of Tarzan’s mom and has the photos to prove she ended up as the only cast member in a literal cast. These days, they keep her stuck in a box with a ball on a stick and only feed her when she reads another chapter of another fabulous book. She loves every minute. Or so they tell her. *eyebrow slowly raises *

For Him and My Family, January 28

Because I said so — and other adventures in Parenting, February 4 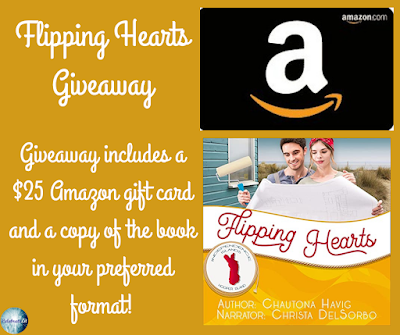 To celebrate their tour, Chautona and Christa are giving away the grand prize package of a $25 Amazon gift card and a copy of the book in winner’s choice of format!!

Flipping Hearts is Chautona Having’s contribution to the new Hooper Island series, which is a series by variety of authors. I absolutely loved this story. I thought it was fun and entertaining and a delight to read. It was, also, a quick, easy, and light read. I had no issue reading the whole book in just a couple of hours.

I had the pleasure of listening to the audio version of Flipping Hearts. Christa DelSorbo’s performance on bringing this tale to life is superb. She made it so easy to continue to keep listening and she did a wonderful job.

Flipping Hearts gets a five plus stars from me. I look forward to reading the next installment from the Hooper Island series, Melissa Wardwell’s Seasoned Grace. I highly recommend this one for readers who enjoy sweet and clean romance with the beautiful element of faith and inspiration. They will not be disappointed. I loved every single page and am so glad I had the chance to read it.

I received an audio copy of Flipping Hearts from the publisher, but was not required to write a positive review. This review is one hundred percent my own honest opinion.