Blog Tour and Giveaway: A Hangman for Ghosts by Andrei Baltakmens 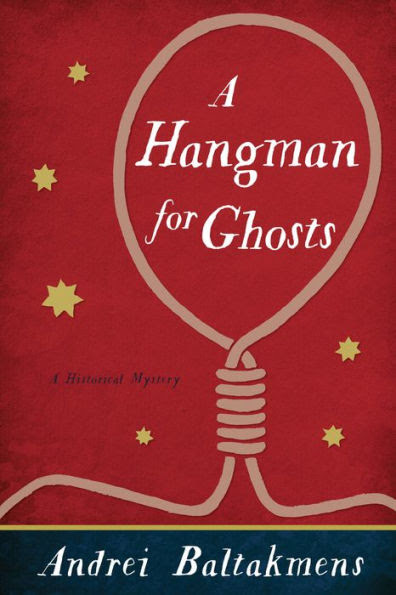 A Hangman for Ghosts by Andrei Baltakmens

“We are transported. We are consigned to the ends of the Earth. And we are therefore as good as dead to the realm and its judges. There can be no hope of reprieve...” Gabriel Carver, the convict hangman of Sydney Prison, knows that none of his kind may depart Australia’s penal colony without the system’s leave. Then three people are murdered, seemingly to protect the “Rats’ Line,” an illicit path to freedom that exists only in the fevered imaginations of transported felons. But why kill to protect something that doesn’t exist? When an innocent woman from Carver’s past is charged with one of the murders and faces execution at his hands, she threatens to reveal an incriminating secret of his own unless he helps her. So Carver must try to unmask the killer among the convicts, soldiers, sailors, and fallen women roaming 1829 Sydney. If he can find the murderer, he may discover who is defying the system under its very nose. His search will take him back to the scene of his ruin—to London and a past he can never remake nor ever escape, not even at the edge of the world.

"Baltakmens (The Raven’s Seal, 2012), echoing the voices of 19th-century masters like Conrad and Melville, combines adventure and mystery in a high-stakes tale of class, morality, and justice." -Kirkus Reviews
“With rich historical details that evoke Australia’s early colonial days, this is a wonderful, traditional novel.…Folding in vivid details, bright characters, and compelling dialogue, the story is a page-turner, a savory treat to be devoured.” - Foreward Reviews

From Chapter 2, “The Hangman’s Fee” (A Hanging): 623 words
The surgeon, Moynihan, idling down the lane from his chambers higher up the street, found the gaoler, Wilmot, off duty, on the edge of the gathering.
“Mr. Carver seems rather particular about his craft,” said the surgeon, peering at the crowd and the gallows.
The gaoler was teasing one of the roaming dogs by rattling his keys. “He’s a peculiar cove. The convicts hate him for his trade. The officers shun him because he is a convict. Do you not know? No sooner had he stepped off the transport, he won his release from hard labour by taking the assignment as executioner in old Mitchell’s place. Answered the call to hang three of his own.”
“And what was his crime?”
“We don’t speak of old crimes here, but the word was he escaped from the hulks with another prisoner, after some wild scheme to murder a guard fell apart.”
“Did he murder that guard?”
“No. That was the other man. His old shipmates would have raised him up as a hero among the prisoners here for that particular exploit, had he not taken up the noose.”
“A cypher, therefore. Yet there is something not altogether wild about his conduct,” said Moynihan.
“I’ll grant you, he’s never drunk the day before a hanging,” said Wilmot. “And old Mitchell was often dead-drunk, and likely to botch the job.”
Moynihan swallowed dryly. “What do you make of his naming that unfortunate woman as his wife?”
Wilmot shrugged. “Convicts make all sorts of queer alliances. There are few enough women. They generally fall in with a likely fellow, or a soldier. But these common marriages don’t last. I doubt he’ll stand by her, however she may rave and threaten.”
The prisoners were brought down for their final walk. Doyle shuffled out last, coughing into a rag.
“His cough is worse,” said Moynihan painfully.
“Soon remedy that.” The gaoler pushed the dog aside with a thrust of his boot.
“It is a mercy, then, I suppose.”
Four, this morning. The youngest, a boy of seventeen, emerged scowling but looked baffled at the raw timbers of the gallows platform. The Reverend Honeychair read from the eighty-eighth psalm, a gloomy favourite among the prisoners, but the crowd roused itself, and a few toasts were proposed and accepted with sour liquor.
Let my prayer come before thee: incline thine ear unto my cry;
For my soul is full of troubles: and my life draweth nigh unto the grave.
The guards cradled their muskets; an Irishman near the foot of the gaol wall began singing.
All four were sent up to take their part under the cross-beam. The hood was offered, and only the wild-looking boy refused, for he had taken the notion that he was a pebble, iron-hard and not to be swayed, even at the end. Doyle dipped his head meekly for the covers. The warder of the gaol looked at his pocket watch. A transport under sail came wallowing up the flawless harbour.
I am counted with them that go down into the pit: I am as a man that hath no strength:
Free among the dead, like the slain that lie in the grave, whom thou rememberest no more…
The hangman placed each noose and turned the knot to the side. His steps alone did not falter on the boards.
There were a few preliminary cheers when the clergyman closed his Bible and began the Lord’s Prayer. A scuffle broke out on the edge of the crowd on the hill, compounding the dust.
The warder clasped his hands and nodded to the executioner.
One by one, Carver tipped the condemned from light into darkness. A shudder, a kick; five-foot-nine, well judged. Doyle was suspended, still, a broken stick. 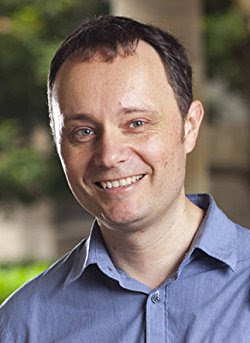 Andrei Baltakmens was born in Christchurch, New Zealand, of Latvian descent. He has a Ph.D. in English literature, focused on Charles Dickens and Victorian urban mysteries. His first novel, The Battleship Regal, was published in New Zealand in 1996. His short fiction has appeared in various literary journals, and his first historical mystery, The Raven's Seal, was published in 2012. Since 2004, he has lived in Ithaca, New York and Brisbane, Australia, where he recently completed a doctorate in Creative Writing at The University of Queensland. He now lives in Palo Alto, California, with his wife and son, and works for Stanford University as an instructional designer.

During the Blog Tour we will be giving away a paperback copy of A Hangman for Ghosts! To enter, please use the Gleam form below. Giveaway Rules – Giveaway ends at 11:59pm EST on January 22nd. You must be 18 or older to enter. – Giveaway is open to US residents only. – Only one entry per household. – All giveaway entrants agree to be honest and not cheat the systems; any suspect of fraud is decided upon by blog/site owner and the sponsor, and entrants may be disqualified at our discretion. – Winner has 48 hours to claim prize or new winner is chosen. A Hangman for Ghosts 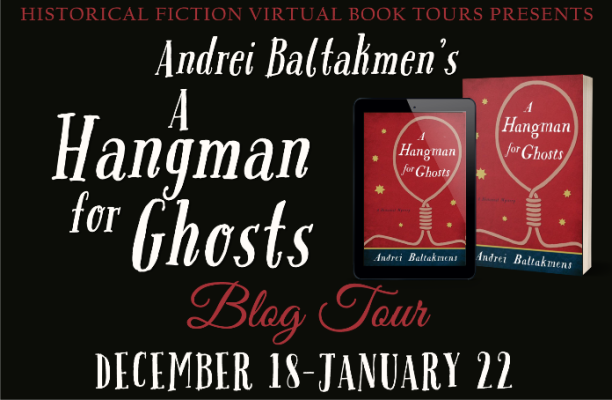 A Hangman for Ghosts is a uniquely written historical mystery set in Colonial Australia. I thought it was a pretty read. I was not what to think in the beginning as to what was going on but was quickly hooked and hard no problem to keep reading until I finished a few hours later.

I am giving A Hangman for Ghosts four stars. I recommend it for readers who enjoy a mystery historical. Especially, if they have an interest in Colonial Australia.