Blog Tour and Giveaway: The Road to Newgate by Kate Braithwaite 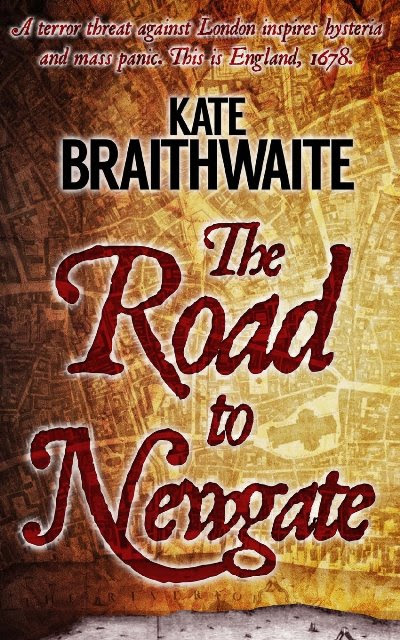 The Road to Newgate by Kate Braithwaite

What price justice? London 1678. Titus Oates, an unknown preacher, creates panic with wild stories of a Catholic uprising against Charles II. The murder of a prominent Protestant magistrate appears to confirm that the Popish Plot is real. Only Nathaniel Thompson, writer and Licenser of the Presses, instinctively doubts Oates’s revelations. Even his young wife, Anne, is not so sure. And neither know that their friend William Smith has personal history with Titus Oates. When Nathaniel takes a public stand, questioning the plot and Oates’s integrity, the consequences threaten them all.

Will you go to the hangings? There was haughtiness in his voice when he said that. Almost a sneer. He thinks that I am some weak woman, unused to the world, and oblivious to its harsh realities. I am determined to show him I am neither.

I arrive at the print shop, determined to insist they take me with them to Coleman’s execution, but none of the usual tables cluttered with books and papers are set out in front of the shops. Shutters, red, green – blue in Henry’s case – are closed and latched. I knock several times on the door in case they’re both up in Nat’s office, but I already know I’ve missed them. I should turn back. Instead, I set my feet to the task and quickly find High Holborn is a much longer road than I imagined.

It takes me nearly an hour, but at length I arrive within sight of the gallows. People are gathering. I pass one group laughing at a picture of the Pope with the words ‘avarice’, ‘lust’, and ‘pride’ around his head. Edward Coleman will be brought here on a hurdle, a kind of crude sleigh, as traitors are denied the dignity of travelling upright in a cart. Beyond that, I’m not sure what I expect. One minute I’m part of a walking crowd, the next we’ve stopped. Beside me, two men are discussing a play that one saw the night before. I’ve heard of it but not seen it. The Coronation of Queen Elizabeth, it’s called. Henry told me it shows the Pope seducing a nun.

The man I’m listening to thinks it is a disgrace, but he believes that the story is true. Hate is in the air. The blessed relief that my walk is over is quickly forgotten as my back begins to ache. Our progress grinds to a halt but, twisting my head along with everyone else, I see that this man’s last journey from Newgate to the Tyburn Tree is nearly at an end. Two horses plod slowly. I can’t see what they’re pulling, but there is the priest walking behind, and the crowd folding in and following in its wake. The horses snort and their breath steams up against the harsh December chill. Here is the traitor.

He is middle-aged and has a smooth, thoughtful face. People jeer, spit, and curse at him. A stone cuts the air as it flies by my cheek. A red cut opens up under Coleman’s right eye. His face is white with fear. Then he is past me. Bodies shuffle into mine. Caught in the crowd, I follow, pressing on towards Tyburn to see a man die. My plan was to make a point to my husband. To show him that I am not a child and not naïve. But if I am honest, I wish I had not come.

Under the triple tree – the triangular gallows where eight men and women can be hanged simultaneously – the lace is cut from Coleman’s throat and his hands are unbound. His coat is stripped from his back. His hat and wig are thrown into the crowd and fought over so fiercely that both are surely ruined. He’s allowed to stand while a rope is placed about his neck and tied fast to the beam above. Prayers are said. The wait is interminable. Finally, the driver of the hurdle shakes the reins and the horse pulls away. Coleman swings.

He doesn’t fight it. I’ve heard that victims of the hangman struggle: legs kicking and veins bulging as they fight for breath, but not if they want to die quickly. If his neck snaps at the first drop, he won’t know what follows. After a few minutes, the hangman climbs up and cuts the rope. Coleman drops to the ground. My heart drops to my stomach as his body plunges down. Next, he is manhandled up onto a wide wooden pallet, the noose still tied around his neck. The crowd presses forward. He may be dead. I don’t want to look. I turn away, but people push forward on all sides. Coleman’s shirt is ripped away. A knife is raised. His belly is sliced open and his steaming innards slide out. He screams.

The crowd loosens, and I stumble away, sickened and retching.

“Anne? What on earth are you doing here?”

“She may faint,” Henry says. “Get her away from this. Don’t let her see the blood.”

Relief washes over me. Blinding tears save me from witnessing anything more. 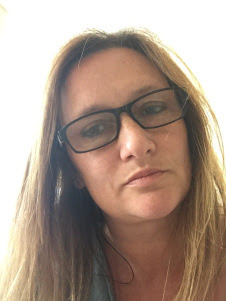 Kate Braithwaite grew up in Edinburgh but has lived in various parts of the UK, in Canada and the US. Her first novel, CHARLATAN, was long-listed for the Mslexia New Novel Award and the Historical Novel Society Novel Award in 2015. Her next book, THE ROAD TO NEWGATE was released on July 16, 2018. Kate and her family live in West Chester, Pennsylvania. For more information, please visit Kate's website and blog. You can also connect with her on Facebook, Twitter, and Goodreads.

During the Blog Tour we will be giving away a paperback copy of The Road to Newgate! To enter, please use the Gleam form below. Giveaway Rules – Giveaway ends at 11:59pm EST on January 25th. You must be 18 or older to enter. – Giveaway is open to US residents only. – Only one entry per household. – All giveaway entrants agree to be honest and not cheat the systems; any suspect of fraud is decided upon by blog/site owner and the sponsor, and entrants may be disqualified at our discretion. – Winner has 48 hours to claim prize or new winner is chosen. The Road to Newgate 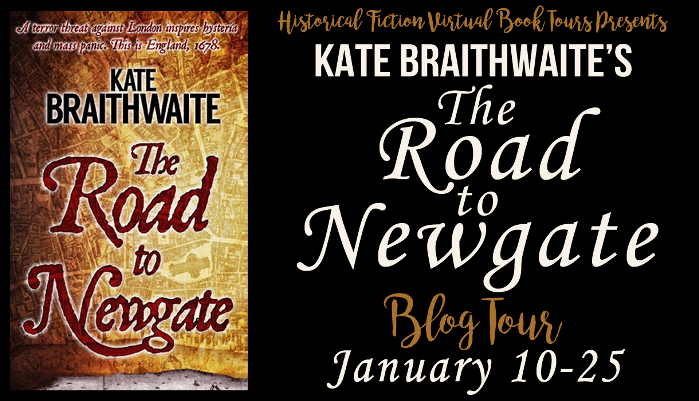 The Road to Newgate introduces me to the talent of Kate Braithwaite. I thought this historical was a great read. The vivid details and descriptions sent me back in time to 17th century London. The plot is intriguing with a few twists and turns that I did not expect. That kept me wanting to keep turning the pages. It was so hard to put down.

The Road to Newgate is one book I am happy to give five out of five stars. I highly recommend it to other readers who enjoy historical fiction that involves English history.