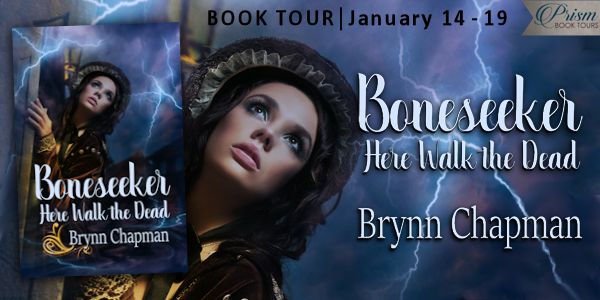 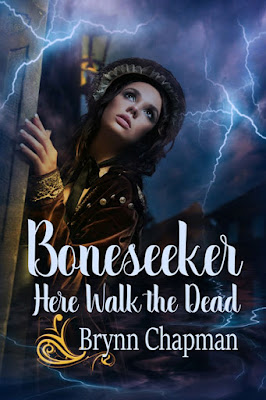 Arabella Holmes—yes, daughter of that Holmes—wants to return to her job as a purveyor of abnormal science. She has temporarily been demoted to a botanist, until her love interest, Henry Watson—yes, that Watson—can help her get her less-than-professional outbursts in check.

Henry is tired of his new role as doctor, tired of the lack of adventure, and tired of keeping Bella's escapades out of the papers.

Five girls are missing. Gone from locked rooms in their own houses. Arabella and Henry are called upon to help solve the kidnappings, but all they unearth is more danger.

Bella ventures undercover into a lunatic asylum, where a mute woman assaults her and scrawls the chilling words—Here the dead wake. Plus, a vial of Bella's research poison has gone missing. Bella and Henry must find it, and the missing girls, before charges can be brought against her.

Praise for HERE WALK THE DEAD:

"Dark twists and turns abound in this fast-paced and riveting gothic thriller. I consumed it in one sitting!" ~USA TODAY BESTSELLER, Lea Nolan 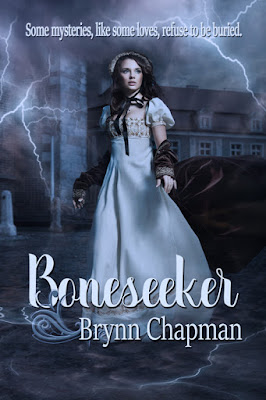 Aspiring scientist Arabella Holmes doesn't fit the role of a 1900s lady. Her father, Sherlock, landed her a position at the Mütter Museum to pursue her dream of becoming a purveyor of abnormal science, or what her father calls a "Boneseeker."

Henry Watson’s two-fold mission at the Mütter Museum is to join their team of forensic anthropologists in unearthing unusual antiquities and to watch over Arabella. If only he could get her to speak to him, instead of hurling knives in his general direction. Assigned to a most secret expedition to investigate a mysterious skeletal hand discovered in upstate New York, Arabella and Henry are soon caught in a scientific debate, and the search for the truth may have deadly consequences for those involved.

Are the bones from a Neanderthal? Or are they living proof of fallen angels known as Nephilim?

Watson and Holmes must put aside their differences, trust their instincts, and rely on one another to survive to uncover the truth.

*This is a new version of a previously published edition

"The characters, the setting, the descriptions and the mysteries and relationships all work together seamlessly to create a truly wonderful story that I completely adored." ~Best Books Ever Blog

"The settings are intriguing and the way they are described make you feel as if you are immersed in the story. I could feel the gloom and damp. That is rare in so many books! Boneseeker is a book I highly recommend, and I give it 5 stars!" ~Christy's Cozy Corners Blog 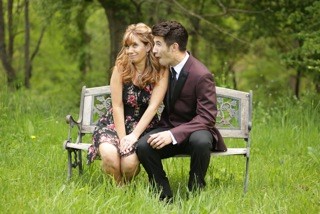 Born and raised in western Pennsylvania, Brynn Chapman is the daughter of two teachers. Her writing reflects her passions: science, history and love--not necessarily in that order. In real life, the geek gene runs strong in her family, as does the Asperger's syndrome. Her writing reflects her experience as a pediatric therapist and her interactions with society's downtrodden. In fiction, she's a strong believer in underdogs and happily-ever-afters. Her ancestry tree claims she's a descendant of the House of Stuart. 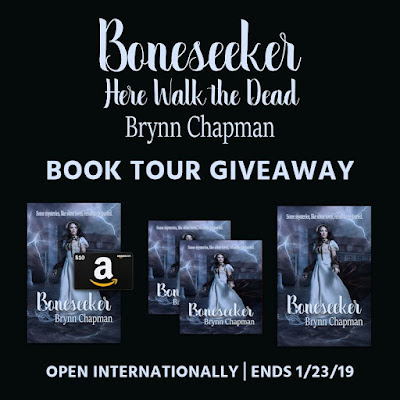 Here Walk the Dead continues the story of the children of Sherlock Holmes and Dr John H Watson in this second installment of The Boneseeker Chronicles series. Arabella Holmes and Dr Henry Watson finds themselves in yet another mystery of solving the disappearance of five women. Henry finds himself trying to save Arabella from danger. This is one suspense filled and fun read. I had to have it read in one sitting.

I give Here Walk the Dead four and a half stars. I hope there will be another book in The Boneseeker Chronicles series. I enjoy catching up with Arabella and Henry and seeing what adventure they will get into next. They are quite the pair and I love how they interact with one another.

I recommend Here Walk the Dead, as well as, the beginning to this series, Boneseeker.