Virtual Tour and Giveaway: King of the Blind by Caiseal Mor

King Of The Blind
by Caiseal Mor 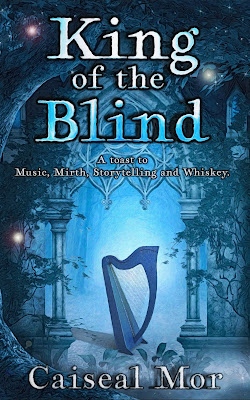 In 1688 a plague of smallpox swept through Ireland. Like many others, eighteen year old Turlough O’Carolan was struck down. He was one of the lucky ones to survive. However, the sickness cost him his eyesight. Within two years of being blinded he’d learned to play the harp and taken to the road as a travelling musician. In time he’d be considered the greatest of all the Irish harpers. His music is still played all around the world today.

To the end of his days he always maintained that Otherworldly beings, known in Ireland as the Shee, had granted him the gift of music and were responsible for at least some of his compositions. This is a story from a time when the veil between the worlds was thinner and belief in the mystical “Good People”, was still strong.

Only when he was certain they wouldn’t be seen Crilly ushered young Turlough out into the night. They silently crossed the courtyard and made their way to the path which climbed the hill where Turlough had sat on watch for the dragoons.

‘You’ll likely witness some very strange things tonight, my lad,’ Crilly told him under his breath as they walked swiftly up the path. ‘But no matter what you see, you mustn’t be alarmed. Don’t ask any questions. Don’t run away.’

The squire stopped to catch his breath, placing a hand on Turlough’s shoulder for support. ‘Remember, if you do as I say, you’ll be safe and you may even be granted your dearest wish. With the help of some very influential friends of mine I’m hoping to give you a chance that’s not offered to many. Do you understand?’

‘I think so,’ the young man replied, completely baffled.

A thousand questions filled his head but he didn’t dare ask any of them. He didn’t want to offend the squire. After a short rest they set off again and in minutes they were close to the circle of trees at the summit. Turlough caught his breath in alarm when he noticed a large fire blazing amid the trees.

‘Who’s up on the hill burning such a blaze at this time of night?’ he asked, shocked at the waste of precious firewood.

‘Now there you go,’ Crilly gently rebuked him. ‘Didn’t I warn you not to question anything you see? Be patient, and for pity’s sake govern your tongue. The folk you’re about to meet are kind-hearted but they’re quick to anger if their hospitality is offended. That’s the signal fire that brings their folk in for the game.’

‘Be patient,’ he repeated. ‘All will be revealed. Just do as I tell you.’

As the two of them came to the circle of oaks and whitethorns Turlough started to feel an inexplicable fear. There was no-one standing around the blaze. That was strange to him because a fire that large ought to be tended. And despite the roaring flames there was a cold bite in the air which was more chilling than any icy breeze. An unusual scent reached Turlough’s nostrils.

The fragrance was sweet but disturbingly unfamiliar and it left the lad with a deep sense of unease. As they reached the edge of the trees Crilly put a hand on Turlough’s chest to stop him going any further.

The wind rose and the breeze was full of a thousand disembodied whispers. Some beckoned to him to enter the circle, tempting him in seductive tones. Others hissed harshly, warning him to keep away. Turlough shuddered with rising terror. 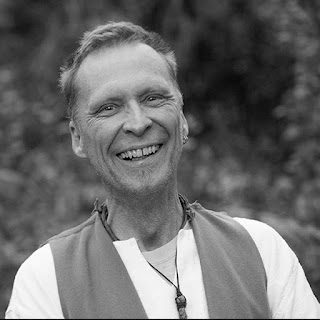 Caiseal Mor is an Australian sci-fi and fantasy novelist, artist and musician. Ancient Celtic Folklore has been a major inspiration for his thirteen published Fantasy novels. Mór also composes and records music, having produced seventeen albums since 1995. He is well known for his self-designed book and album covers and his intricate artworks in both traditional and digital mediums. Since 2013 he has been developing a distinctive graphic art style and creating digital sculptures in 3D.

Caiseal Mor will be awarding a $15 Amazon or Barnes and Noble GC to a randomly drawn winner via rafflecopter during the tour.
a Rafflecopter giveaway

King of the Blind is a different read for me. It was refreshing to read something new and unique. I loved and admired the character of Turlough O’Carolan. His strength and determination is inspiring. I find this musical tale to be entertaining, beautiful and magical.

I give King of the Blind five stars and I highly recommend it. Especially, for readers who love historical fiction set in seventeenth century Ireland. I enjoyed it a lot.