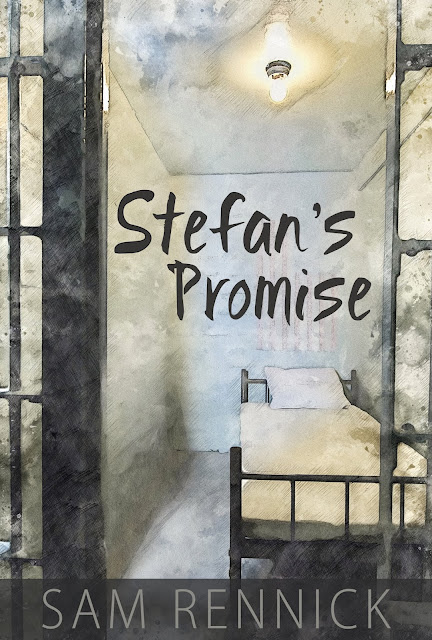 “We were at war in Vietnam and my fiancé was drafted the day after he proposed to me. I hadn’t thought of that September day for so long, and then I began "Stefan’s Promise." Soon I was recalling that day and others, events and circumstances shared by those of us who lived through the “tumultuous year of 1968” and the following 35 years. In the Preface, Sam Rennick states his intention to deliver a completely absorbing tale. He does!”
—D.W.G.Artist

The author brings great sensitivity to one powerful scene after another. There is Mike Huxtable, victim of an unprovoked blow, aimlessly wandering the aisles of a drug store, day after day. There is Stefan Kopinski, half-pondering his friend’s illness, half-observing the Midwestern city in which he finds himself. These scenes but two among many in this compelling novel.”
—Silvia Lorente-Murphy, PhD Professor Emerita Purdue University

It’s 1968. America is rocked by assassinations, war protests and political upheaval. Alan Young, 21, is brooding over having been dumped by his girlfriend. This won’t last long. His draft notice is in the mail. Stefan Kopinski isn’t about to let the war get in his way. He spends his days at the mercy of his reckless ambition. When fate steps in, will he finally understand what has been right in front of him for 30 years? "Stefan’s Promise" is the story of Alan and Stefan. Circumstances part them and sharply diverging temperaments further erode their bond. Yet, Alan and Stefan are wrong in supposing their friendship has ended. It’s just getting started. 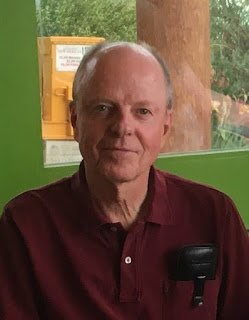 Sam Rennick began writing Stefan’s Promise forty years ago, but it wasn’t until fairly recently, when he retired from his law practice that he was able to take his manuscript from its drawer and finish it. He admits he wishes he could say he planned this all along, since the two books comprising the novel, though written many years apart, combine perfectly into a compelling narrative.

While many authors have influenced him, he singles out Somerset Maugham as his muse, observing that Maugham always starts with a good story, but often finds a way to insert that “something extra” separating merely a nice tale from literature. Sam’s interest in books is only exceeded by his love for baseball, which began when he was nine years old.


Enter the Giveaway:
a Rafflecopter giveaway

Stefan’s Promise is a great debut for Sam Rennick. It begins during the turmoil of 1968 with college best friends, Alan Young and Stefan Kopinski. During that period of time, there are protests all over the United States, assassinations of political and important civil rights leaders, and Vietnam War. The two friends soon find themselves at odds and, sadly, soon lose touch.

Stefan’s Promise is one of those unique novels that reads like a memoir of actual events and what feels like real people. I was engaged with this book from the start to finish. I have to admit, I was little intimidated with the size of it but quickly found out that the story flowed well and was easily able to turn the pages. I was intrigued with Alan and Stefan’s lives through the many decades and years. I was sorry to see that they lose their bond. I was not expecting where the two ended up. I really loved how the author was able to create relatable characters that was hard to forget long after I finished reading the last page.

I am giving Stefan’s Promise four and a half stars. I would love to read more by Mr Rennick in the future. I would love to find what other stories he comes up with. I highly recommend this one for readers who like to read a novel that invokes numerous emotions out of them, a sense of loyalty and friendship and one that can warm their heart and soul.