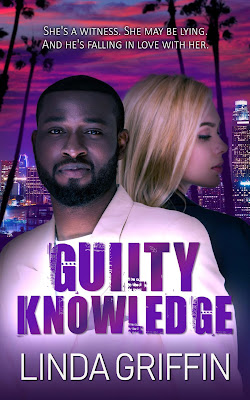 Detectives Jesse Aaron and Camille Farris have no leads in the murder of Rosa Logan when pretty blonde Sariah Brennan claims to have seen the killer—in a vision. Unfortunately the man she identifies is dead—or is he?

Sariah is an unsophisticated small town girl, but her background and her motives are mysterious. Jesse is increasingly convinced that she has guilty knowledge of the crime, even as he finds himself more and more attracted to her. Can he and Camille unravel the web of secrets before the killer strikes again?
~~~~~~~~~~~~~
EXCERPT
On the ride back to Vista Road silence prevailed. He didn’t know what she was thinking about. He didn’t even know what he was thinking about. Lights were on behind the closed curtains of the house. He parked short of the driveway, where the nearest streetlight filled the front seat with a dim glow.
“Thank you,” she said. “I enjoyed it, and I appreciate you keeping me up to date on the investigation.”
“Is that what I was doing?”
She gave him an enigmatic smile. She had said she found him attractive, but as a kind of conventional compliment. He wondered if she could be as attracted to him as he was to her. He thought yes, but there would be hell to pay if he was wrong—and even if he was right. She was a witness, a lying, maddening witness, and it was unprofessional to think of her in any other way, but something was happening between them. He studied the sensitive curve of her slightly parted lips. She had retouched her lipstick in Quique’s restroom, a bare hint of color.
He kissed her. Her mouth surprised him, soft and sweet and willing, almost hungry, but with something held back. She was scared, but she wanted this. They were not investigator and witness; they were two people trying to find their way to—what? He didn’t know. 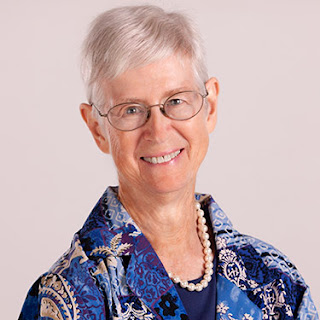 I was born and raised in San Diego, California and earned a BA in English from San Diego State University and an MLS from UCLA. I began my career as a reference and collection development librarian in the Art and Music Section of the San Diego Public Library and then transferred to the Literature and Languages Section, where I had the pleasure of managing the Central Library’s Fiction collection. Although I also enjoy reading biography, memoir, and history, fiction remains my first love. In addition to the three R’s—reading, writing, and research—I enjoy Scrabble, movies, and travel.
My earliest ambition was to be a “book maker” and I wrote my first story, “Judy and the Fairies,” with a plot stolen from a comic book, at the age of six. I broke into print in college with a story in the San Diego State University literary journal, The Phoenix, but most of my magazine publications came after I left the library to spend more time on my writing
My stories, in every length from short shorts to novellas, have been published in numerous journals, including Eclectica, The Binnacle, The Nassau Review, Orbis, and Thema Literary Journal. Guilty Knowledge is my third novel from The Wild Rose Press. Seventeen Days was published in 2018 and The Rebound Effect in 2019.
Links:
Website: http://www.lindagriffinauthor.com/
Twitter: https://twitter.com/LindaGriffinA

Guilty Knowledge is my introduction to Linda Griffin’s books. I thought it was a good romantic suspense. It was a quick read that was full of suspense, danger and action. There were a few twists I did not expect. I thought Sariah to be a unique and intriguing character. I really liked the character of Jesse, as well.

I am giving Guilty Knowledge four stars. I would be interested in reading more by Linda Griffin in the future and really hope there will be another book that continues this story.