Blog Tour and Giveaway: The Crown and the Axe by Darcy Fornier 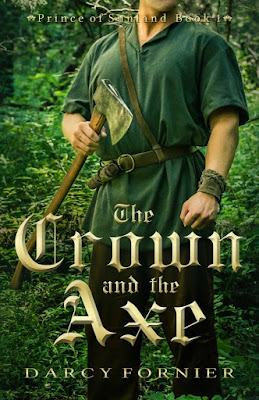 Book: The Crown and the Axe

A careless mistake. A tale from the past. A journey he’ll never forget.
Seventeen-year-old Dierk Lichtensitz, Crown Prince of Sunland, excels in both his physical and educational training. Not that his father is impressed, but Dierk quit trying to please him years ago.
King Phillip Lichtensitz holds high standards for his children—with good reason. So when selfish neglect on Dierk’s part leaves another squire injured, Phillip delivers strict punishment. Dierk must travel the country as a woodcutter’s son.
Resentful of his father’s decision, Dierk resolves to endure his punishment unmoved—until the tales of a long-dead witch’s power force him to reckon with himself and his God.
As the journey leads him into more danger than his father could have ever foreseen, how much will Dierk have to surrender to become the man he needs—and desperately wants—to be? 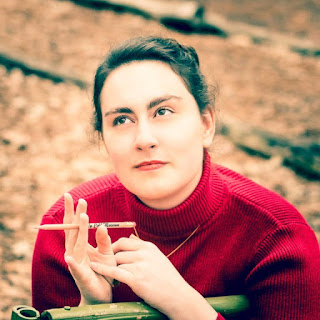 Darcy Fornier (pronounced forn-yay) believes the best stories provide clean, compelling entertainment while also provoking the reader to think about life in a new way. She’s been spinning stories ever since she learned how to play “pretend,” and she has seriously pursued writing since 2013. When she isn’t writing, editing, or dreaming up a story, you might find her washing dishes, “dissolved” in a book, playing the piano, hiking in the woods, singing at the top of her lungs, or talking up a storm with her sisters. At six years old, she gave her heart to Jesus, and she lives to know Him more. She makes her home with her parents and two younger sisters, wherever that happens to be.

The first spark of inspiration for this story was Disney’s Sleeping Beauty. Don’t judge yet, okay? ;)

I hadn’t yet seen the film, actually, just read a storybook at least three years before I even thought about taking pencil to paper myself.

The princess and the sleeping spell fascinated me far less that the prince’s capture by, and subsequent battle with Maleficent. Maybe that’s why the prince is the only character who has the same name in my story.

I got to thinking, “What would the story be like without magic?” So there went the sleeping spell. ;)

And then I got to wondering, “What happened to the prince and princess after the story ended? Who would their children be? How would those children be affected by their parents’ dramatic past?”

That’s when Dierk Lichtensitz, Crown Prince of Sunland, introduced himself.

The story is mostly his. But because all of are shaped by those before us, it is also his father’s story. I had fun telling both.

The characters walk through several dark places. Life offers us many painful challenges, after all. But they also get to laugh because life offers us moments of joy.

And it is a story of victory. Because in Jesus, there is nothing over which we can’t triumph.

P.S. If you have any clean or inspirational Sleeping Beauty retellings to recommend, I’m all ears. Pay no attention to my To-Be-Read pile’s protests in the background. ;)

For Him and My Family, December 18

Because I said so — and other adventures in Parenting, December 27 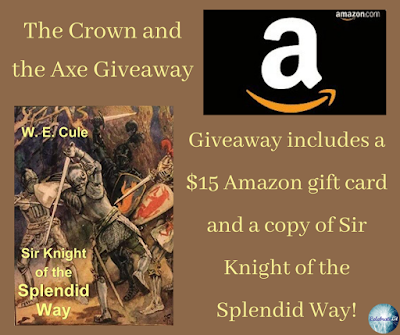 To celebrate her tour, Darcy is giving away the grand prize package of $15 Amazon gift card and a copy of one of Darcy’s favorite books, Sir Knight of the Splendid Way!!

The Crown and the Axe is a wonderful debut for Darcy Fornier. It is, also, the start of her series, Prince of Sunland. I enjoyed this story. I liked the vivid historical details and of the setting. I felt like I had been transported back in time to Sunland. I loved getting to know Dierk. I was entertained from start to finish. It is definitely a fun read.

I am giving The Crown and the Axe four and a half stars. I look forward to reading the next installment from the Prince of Sunland series. I recommend this one for readers who enjoy clean historical fiction, especially those set during the medieval times. It is most definitely worth a read. I thought it was great and should not be missed.

I received The Crown and the Axe from the publisher. This review is one hundred percent my own honest opinion.